Apple has 75 per cent smartwatch market share leaving Samsung behind Apple Watch should be officially rolled out into retail stores in the UAE by Gitex Shopper, retailers in the country have said.

Apple launched the device in April and immediately started taking preorders. Currently, Apple Watch is officially available for sale in nineteen countries and is set to go on sale in three other markets (New Zealand, Russia and Turkey) by the end of this month. Yet there are no signs about the product rolling out into the UAE or anywhere else in the region. The product page on Apple’s UAE website simply says, ‘Available in 2015’, providing no indication about a specific date.

Retailers in the UAE have already expressed their disappointment over the delay in official roll out, especially since the product is already being unofficially sold through various online stores in the UAE. Nadeem Khanzadah, head of Omni channel retail at Jumbo Group said, “It is really disappointing…The last three products Apple launched was officially available in the UAE within three weeks…Apple has still not gives us any details regarding the UAE rollout of Apple Watch, but we are hoping that it comes in time for Gitex Shopper.”

Emax CEO Neelesh Bhatnagar also expressed similar sentiments and said that the availability of the product in the grey market is further affecting the retail business. “Apple Watch was available in the UAE, via the grey market within days but users had to pay a huge premium for it,” he says.

Currently an Apple Watch sport edition can be purchased online in the UAE starting from Dh1399; while an Apple Watch is priced at Dh2,209 and the 42mm Watch Edition with 18 karat rose gold case for Dh69,999.

Bhatnagar also said that there have been no indications from Apple about when it plans to officially roll out the product in the UAE. “We have not been notified anything yet. It is from the media that we got to know about a possible Apple store in the Mall of the Emirates.“I can only speculate that Apple could launch the product to coincide with the store launch,” he said.

When asked if the opening of the Apple store could affect sales in other electronic retail stores he says, “Apple stores are mostly about experiencing the product. It will actually contribute to our sales,” he says.

According to latest figures made available by Boston- based research organisation Strategy Analytics, global smartwatch shipments grew an impressive 457 per cent annually to hit a record 5 million units in the second quarter of 2015.

“Apple Watch launched in sixteen major countries and saw decent take-up from iPhone loyalists in the United States and elsewhere. Apple Watch has clearly raised the bar for the global smart watch industry. The ball is now in the court of rivals, like Samsung, to respond.”

The four million figure being quoted by Strategy Analytics is way higher than the average figure being estimated by industry analysts.

Industry analysts are forecasting that Apple could have sold anywhere between 2.5 million to 3 million units. Apple did not reveal any specific figures for Apple Watch in in recent second quarter results that were announced on Wednesday.

Apples CEO Tim Cook during the quarterly conference call said that he was not worried about the sales of Apple Watch stating that it continued to do just fine. He further pointed out that Apple Watch sales had in fact peaked in June.

“Apple and Samsung together account for 8 in 10 of all smartwatches shipped globally. However, Samsung is a long way behind Apple and it will need to launch multiple new smartwatch models and apps across dozens of countries if it wants to reduce Apple’s global smartwatch leadership in the coming months.” 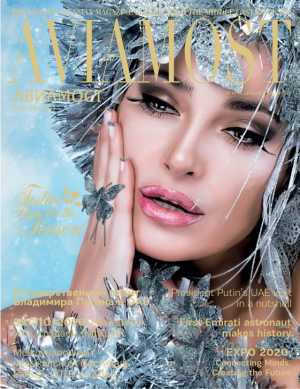