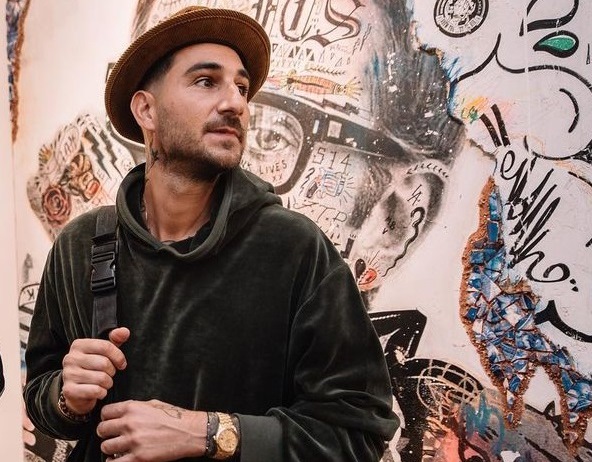 Belvedere Art Space, will be showcasing a contemporary collective exhibition and first international Pop-up in the UAE, “LOUD”!

After the challenging year in Lebanon, home of the gallery’s flagship location, and the catastrophic Beirut blast of August 4, 2021 the gallery owners made the bold decision to keep pushing forward and to use their pain to strengthen their resolve and their belief in better days.  For that reason, “LOUD” – an assertive exhibition promising bright colors, and vivid thoughts and emotions will be launching on June 4th at pavilion, L1, Galeries Lafayette, The Dubai mall.

The exhibition will curate works from 13 established artists hailing from different parts of the world such as Canada, USA, Spain, Norway, Ireland, Lebanon and Syria.  This carefully curated one-of-a-kind exhibition will include contemporary paintings, sculptures, wall sculptures, and mixed media artworks.

There’s no doubt when it comes to recognizing the work of treasured regional talents such as Akil Ahmad and Ihab Ahmad will also be exposing their master pieces during the LOUD POP-UP.

In the last recent years, Dubai’s largest luxury department store has initiated a new direction by taking an artistic approach as seen in the past campaigns and launches such as Modern Expressions, Fann Ramadan and In the Bag. The Importance of aesthetic self-expression and self-representation are one of the main core values at Galeries Lafayette. Contemporary brands, wearable arts in addition to the assortment of international and regional talents are an impeccable combination with LOUD, opening a colorful world of creativity & positivity.

Briefly about the artists:

Christopher Florentino (USA) Flore is a contemporary artist who merges, with a distinct style, Pop and Street Art. Using written words with layers of meaning, Florentino attempts to deconstruct and reveal intricate layers of thoughts and feelings. 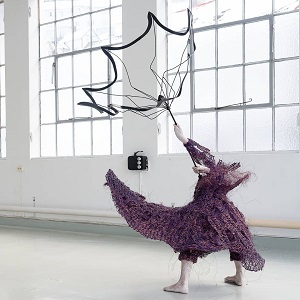 Lene Klide (Norway) creates memorable sculptures inspired by children and their emotions. This is visualized by showing few body parts, which are placed in proportion to each other with the use of metal mesh.

James Verbicky (Canada) renowned for his “media paintings” that are large sculptural assemblages of Baltic birch wood covered in vintage ads for popular brands and imagery from foreign magazines. Lino Lago (Spain) confronts the minimalism of a monochrome with a detail of a masterpiece by unveiling a finger traces which reveals small glimpses into the underlying artwork. 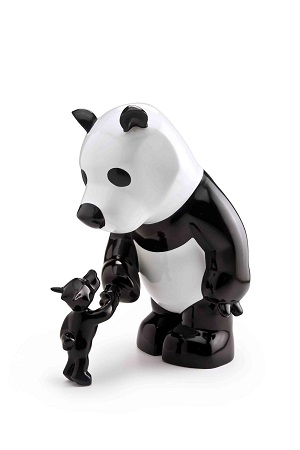 Poren Huang (Taiwan) The internationally acclaimed Taiwanese artist, Poren Huang, has been making powerful works of art, through sculpture, for more than two decades. With a keen sense of observation and extraordinary sensitivity, he creates aboriginal-figures and personified dogs in a bold, contemporary format.

Craig Alan (USA), Lene Kilde (Norway), Craig Alan is best known for his paintings which align groups of people seen from an aerial perspective, to create reimagined versions of iconic works by Andy Warhol, Keith Haring, and many others. He paints strikingly original images created from hundreds of tiny figures with bright and vivid colours. 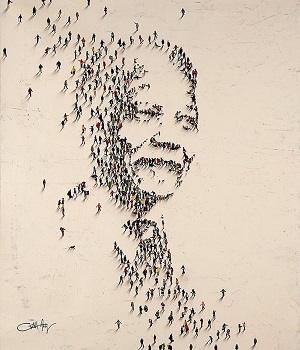 Dylan Gebbia Richards (USA), Dylan creates 3D, multicolored paintings that look like they have been created by an otherworldly volcanic eruption. Each rugged work is created using colored pigment and droplets of melted wax that, when applied, create unruly patterns and textures that jut out from the canvas.

Ihab Ahmad (Lebanon), In addition to acrylic and collage on canvas, Ihab Ahmad creates diverse metal and wood sculptures with a contemporary flare. He has developed a symbiotic relationship with his intriguing natural symbols which emerged as an intense and bright abstraction.

Akil Ahmad (Syria) is an Arabic calligrapher which transforms Arabic language into visual concepts by painting letters and words in ecstatic ways.

“This show is dedicated to Houssam Al-Batal, a husband, a father, a friend and one of Belvedere Art Spaces co-founders and visionaries who tragically lost his life in the August 4 Beirut Port Blast”.

Exhibition ongoing till the 4th of July