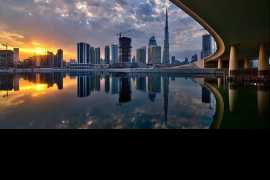 Free zones contribute to the opening of new investment prospects to diversify the sources of domestic income, increase job opportunities for future generations, and therefore contribute effectively to development of the economies. 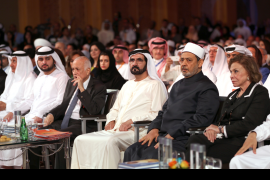 Dubai: The 14th edition of the Arab Media Forum (AMF), kicked off on May 12-13 at Madinat Jumeirah, Dubai, under the theme ‘New perspectives’.

The event is being held under the patronage of His Highness Shaikh Mohammad Bin Rashid Al Maktoum, Vice-President and Prime Minister of the UAE and Ruler of Dubai. 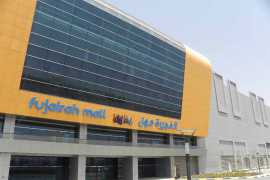 Fujairah’s ambitions to become one of the UAE’s major retail and tourism hubs are set to receive a huge boost when the emirate’s biggest shopping and leisure venue opens in September 2015.

Dubai: Emirates Group reported on Thursday its second highest profit ever of Dh5.5 billion ($1.5 billion) for its financial year that ended March 31, 2015, 34 per cent more than the Dh4.1 billion it reported a year ago. Revenue was a whopping Dh96.5 billion, 10 per cent more than the Dh87.5 billion from a year ago, Shaikh Ahmad Bin Saeed Al Maktoum, President of Dubai Civil Aviation and Chairman and Chief... Read More 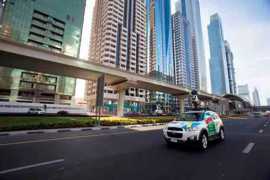 Sharjah: Google Maps users will soon be able to virtually explore Sharjah, navigate its streets, and neighbourhoods through panoramic street-level images, as Google and the Sharjah Urban Planning Council announced on Saturday the launch of Street View in Sharjah, making it the second Arab city to have the feature in the region. 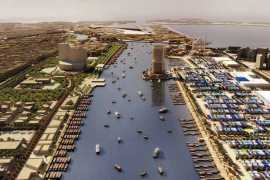 Dubai developer Nakheel has announced a partnership with Spanish hotel operator RIU Hotels and Resorts to build a new beachfront resort in its Deira Islands project.

The partnership is expected to create a 750-room four star all-inclusive resort next to range of attractions such as Deira Mall and Deira Islands Night Souk, a statement said.

Nakheel did not disclose the value of the project.

The new project will mark RIU Hotels and Resorts entry to Dubai’s market. The... Read More

Chinese traders account for 65 per cent of 700 units reserved since the project went on lease three days ago, with UAE nationals making up the vast majority of the other 35 per cent.

Dubai — Chinese traders in Dubai are staking their claim on hundreds of new retail and restaurant units at Nakheel’s Dragon City development, where 1.3 million square feet of fresh shop space is being built, Nakheel announced on Tuesday. 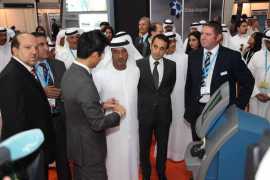 Sheikh Ahmed: It is an excellent show and a knowledge-sharing and networking platform

Show has over 12000 sqm exhibition space

Italy Pavilion debuts at the show

Six country pavilions has a total of 102 exhibitors

For almost 200 years, Al Hisn Fort has stood guard over Sharjah, its cannons and towers facing towards the sea to protect the emirate’s residents, rich and poor, from any would-be enemy.

As the city grew, the fort, which is now surrounded by the modern urban sprawl of roads and tower blocks, became less a symbol of security and more a reminder of the emirate’s long and proud history.

Now returned to its former glory as part of an extensive 15-month renovation project, the fort... Read More 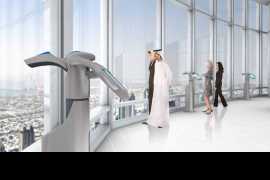 At the Top, Burj Khalifa observation lifts traverse a ‘moon-distance’

Its observation lifts, which travel 124 floors to the open-air platform, have covered 384,400 kilometres - equal to the distance from the earth to the moon – since its opening in 2010.

On average, the two lifts travel 244.4 km per day. Between January and March this year, the first observation lift did 49,833 runs travelling a distance... Read More