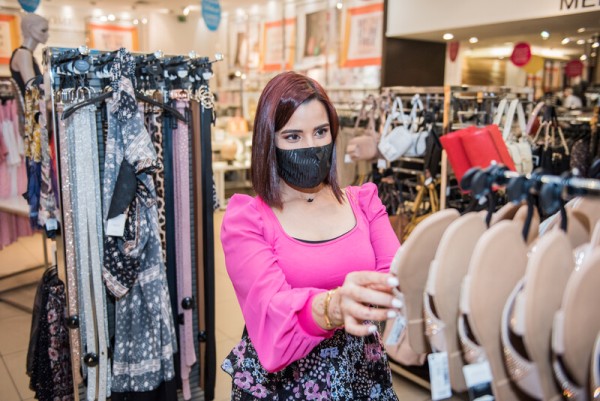 Dubai, United Arab Emirates, 26 August 2020: As another successful edition of Dubai Summer Surprises (DSS) comes to a close, the citywide celebration of shopping, winning and entertainment has saved the best deals, family fun and promotions for last!

With the seven weeks of super sales, exciting promotions and fun-packed activities almost over, DSS presents its eagerly awaited grand finale – the DSS Final Sale! Taking place from Thursday, 27 August to Saturday, 29 August, the mega sale will see an amazing 500 brands slash their prices across a huge range of items at 1,500 stores around the city.

The DSS Final Sale will supercharge shoppers to rediscover the deals, promotions, offers, activities and more available around Dubai including savings from 25 per cent to 90 per cent on everything from the latest fashionable outfits, stylish lifestyle products, children’s clothes and much, much more.

Not to be missed deals include: 30 per cent to 50 per cent savings at Kenzo branches in The Dubai Mall and Mall of the Emirates. The mega offers also extend to must-have items for the home, children’s clothes, fashion accessories and much, much more.

As well as finding great deals in the stores, RAKBANK card holders can get 25 per cent cash back during DSS by simply sending ‘DSS’ to 7010 from a registered mobile and making a minimum of 75 transactions of any value. Each shopper will get a maximum of AED250 cashback. 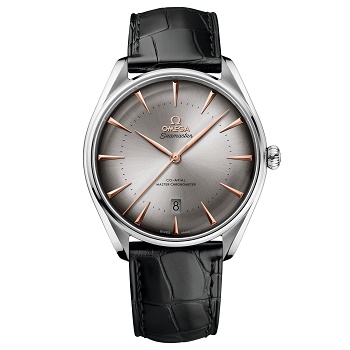 Shoppers can also pick up a piece of history in the form of the exclusive Omega Seamaster Exclusive Boutique UAE limited edition timepiece, available during the DSS Final Sale weekend. Created as a stunning tribute to the UAE and its world-famous achievements, the stunning 39.50mm stainless steel Omega Seamaster watch, which is presented on a blue leather strap, is available at a special Omega pop up boutique at Mall of the Emirates. A true collector’s item, the watch, which comes with Omega’s five-year warranty, can be purchased for the special price of AED28,700 until 29 August.

The DSS Final Sale is also a chance for families to enjoy the huge array of activities and entertainment on offer at the city’s best loved malls during the last few days of the summer holidays and before the kids head off to start the new school term.

City Walk is staging a series of live art events until 31 August as part of the immersive, interactive and fun Dubai Canvas @ City Walk activation. World famous street artist Juandres Vera has created some of his amazing 3D and 2D art murals across the floor at City Walk’s courtyard. Following the theme of ‘Travelling Through Art’, the Instagram worthy pieces are all designed for families to explore.

Youngsters can learn a new skill and make friends at City Centre Mirdif’s kid-friendly Mirdif Club. Taking place from 10am to 10pm on weekdays until 16 September, the club will host different activities including gymnastics classes and arts and crafts sessions. The club will also hold etiquette classes for youngsters to help them learn the basics of table manners as well as the Little Engineer workshops where children can build robots and use solar power. All classes must be booked in advance online or over the phone.

City Centre Deira is inviting residents and visitors to ‘Win Back the Summer’ with a wonderful collection of events and activities designed for families and shoppers to enjoy. Until 29 August, the mall will host the City Centre Deira Surprises promotion, with shoppers who spend AED300 and registered with the Customer Service desk invited to roll a dice in an in-mall game to win great prizes including store vouchers and mall gift cards. The mall is also hosting summer activations including paintball and target shooting using airsoft guns and a chess tournament in partnership with Dubai Chess & Culture Club. 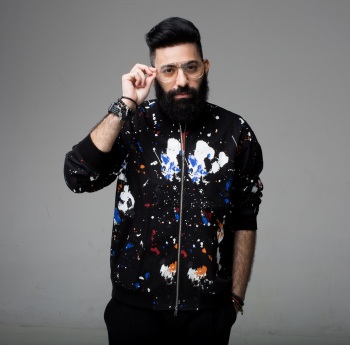 The OPPO Gaming Challenge at Mall of the Emirates will see football fans who register via the MAF Share app or spend AED300 in the mall face off in a game of FIFA 20 on console. The winners will play each other in a real-life match, with the first person to score three goals named the victor. Regional gaming stars Ahmed Al Nasheet, Amr Nassouhy and Hussain Anwar will be on hand to take on all gamers, with players in the OPPO Gaming Challenge also able to win one of four OPPO mobile phones plus 10,000 MAF Share points. 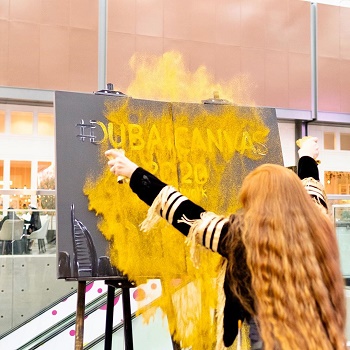 For families looking for a more relaxed activity, the Retail Pop Up by Ripe at Nakheel Mall is the ideal choice. The DSS Final Sale weekend is a chance to explore the in-mall marketplace, which offers unique retail items from independent UAE-based companies from 10am to 7pm each weekend until October. The mall is also hosting an art exhibit curated by the DREAMS by Alserkal Cultural Foundation, with great artworks on show.

The DSS Final Sale weekend will also see Ibn Battuta Mall host some of the region’s best graffiti artists as they put the finishing touches to a huge, colourful mural in the mall’s Egypt Court. The piece, which has been taking shape during DSS, is the culmination of weeks of work by artists from ZeeArts with different people adding their own unique finishing touches each day of DSS. The mall will also host a 3 Day MEGA WEEKEND SALE featuring brands such as Tommy Hilfiger,  Calvin Klein, Nautica and much more from 27 August until 29 August in the Tunisia Court.

Shoppers can round off a super weekend of amazing sales with an evening at one of the city’s biggest and best live shows, La Perle. An amazing and immersive experience that merges music, dance, acrobatics, light shows and much more into one unforgettable spectacle, La Perle has been thrilling audiences with twice daily shows throughout DSS.

Families can choose from a great range of DSS Combo Packages for the show, starting from AED119 and including free popcorn or nachos and soda. To make the weekend extra special, residents and visitors can opt for the DSS staycation offer at the Habtoor Palace Dubai that includes two show tickets, popcorn or nachos and soda plus a complimentary room and 25 per cent off at any restaurant in Al Habtoor City. Prices start from AED438. For only AED70 on kids’ tickets, the entire family can enjoy a remarkable experience at La Perle with free popcorn and soda and a free day-pass to Dubai Parks and Resorts.

The DSS Final Sale weekend is also the last chance to enjoy the Rewarding Breezy Summer Evenings on the Creek promotion at Al Seef. Shoppers simply need to download the Meraas Rewards app and spend AED350 at Al Seef to be entered into a raffle to win instant prizes and a holiday at the Hilton hotels at Al Seef.