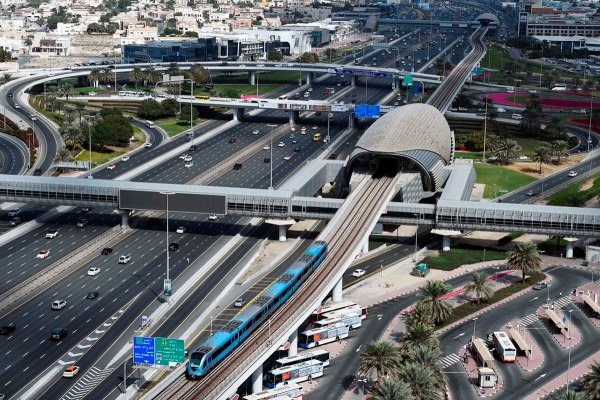 The Dubai Metro’s Expo 2020 station will be opened on June 1, as the emirate prepares to open the mega event on 1st October this year.

Dubai’s Roads and Transport Authority (RTA) also confirmed that the Dubai Investment Park station on Route 2020 of the Dubai Metro, which runs from Al Rashidiya station on the red line to Expo 2020 station, will open on June 1.

The opening of the two new stations comes six months after the opening of Route 2020, which launched its maiden journey on Jan 1, 2021 with four stations – Jebel Ali (a transfer station on the red line), The Gardens, The Discovery Gardens, and Al Furjan.

Saturday to Wednesday, the first journey from Al Rashidiya station to Expo 2020 station and vice-versa will start at 5am, and the last journey will start at 12am (midnight).

However, the service to Expo 2020 station will be available only to those entitled to access the Expo site until its official public opening on October 1, 2021.

“By that time, the public can use the metro service to Expo. The opening of the Jumeirah Golf Estates station will coincide with the opening of Expo,” said Al Tayer.

Dubai Investment Park station, which is underground, spans 27,000 square metres in area and extends 226 metres in length. It can serve 13,899 riders per hour during peak times and 250,000 users per day.

Meanwhile the Expo 2020 station, the terminal station of Route 2020 that mainly serves visitors of Expo, features a unique plane-wing design.

The station has three boarding platforms and three routes. It is linked from the one side with Expo and Expo COEX, and from another with the mall and the urban complex.

It also features six bus stands, 20 taxi stands and four parking slots for people of determination. It offers nine outlets for commercial investment in addition to four spaces as points of sale.
The travel time between Al Rashidiya and Expo stations will be 1 hour and 14 minutes.

The service frequency will be 2 minutes and 38 seconds during peak time, with 24 trains operating per hour per direction. It have the capacity of 16,000 users per hour per direction.
"The opening of the two stations on Route 2020 concurs with the start of the countdown of Dubai’s hosting of Expo 2020,” said Al Tayer.

"It follows the successful completion of all tests relating to the performance efficiency and safety of the rail systems, and the test runs by the network operator to verify its readiness before the start of the public service. A total of 31 successful trial tests were conducted spanning the operations control centre, stations operations, rolling stock crews, engineering and maintenance teams, and emergency services. RTA also completed the training of 152 staff in preparation for phase II of Route 2020 operation,” he added.

The Jumeirah Golf Estates station, which will start operation with the opening of Expo 2020, is the biggest underground metro station in the entire Dubai Metro network.