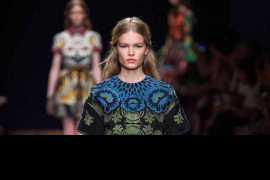 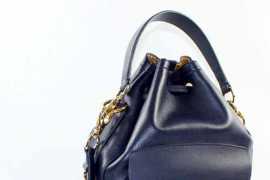 Handcrafted in Italy and designed with the attention to detail known throughout the Ricky Bag collection, the Ricky Drawstring is a fresh interpretation of Ralph Lauren’s iconic luxury tradition.

Available in luxe nappa leather, alligator and python, as well as three sizes and a range of classic and seasonal colors, from Antique Gold to Bright Orange to Cadet Blue, each Ricky Drawstring Bag features a chic contrasting lining and a removable top handle and cross-... Read More 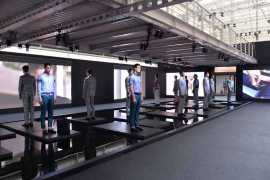 The house’s rich archives continue to inspire Creative Director Brendan Mullane, whose collection takes its cue from Brioni’s American style conquests in the 1950s. Old photos of Hollywood icons such as Richard Burton, Henry Fonda and Cary Grant, snapped during Brioni fittings, sparked the connection with Los Angeles, the pulsating heart of the entertainment industry and a fertile hub for art, culture and media.

At the time, Brioni made headlines with its “Columnar Look,” a... Read More 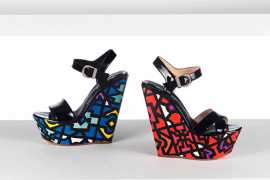 Baldinini’s windows host bold combinations of optical prints and colour while those of Baldinini Trend stores are strictly in black and white, reflecting the graphic art contrasts on window panels. Modern graphics for the new advertising campaign appearing in international magazines as from January and for the new ss15 catalogue: sophisticated looks are mixed with photos with more of a sportswear appeal, the latest thing.

Couture touches and IRIDESCENT vibes urge you to step up your... Read More 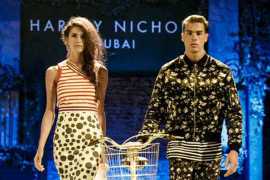 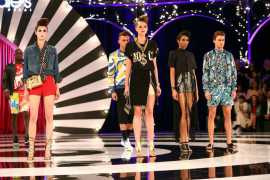 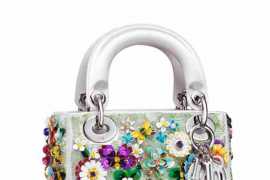 The runways were literally blossoming as all those birds seem to have set off an explosion of flowers. What’s more you can simply pluck blooms off this season’s accessories to make a bright and exotic bouquet for yourself! 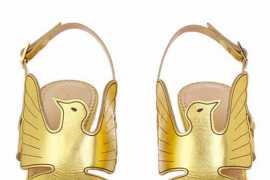 The season’s runways simply fluttered with feathered touches that promised to take us off to other realms on their wings!

And you could spot them just everywhere such as on an engrossing tote by Alice & Olivia featuring a bunch of butterflies fluttering down gently over a town, an eye-catching exotic Braccialini bag highlighted by tropical touches featuring bright pink flamingo portraits (did you know their pink colour is attributed to the large shrimp intake?), Philip Plein... Read More 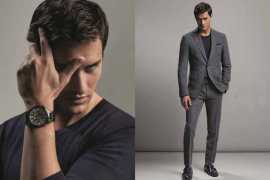 In trying to escape the glorious history of Alexander McQueen, Sarah Burton has come up with a collection that will go down as one of the most powerful ones in the brand’s growth and her starting point, or inspiration if you like,... Read More 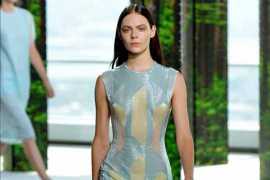 Runways across the world rallied to action, springing surprises galore at the top fashion capitals in Paris, Milan and London. Aviamost explores their most fervent inspiration to discover what they offer…

“Take to the streets!” or so Chanel’s show seemed to suggest. And the message couldn’t have been more relevant. Karl Lagerfeld’s set was Boulevard Chanel, immaculately re-created to the smallest detail, (down to the roadside puddle). It seems his mother was an avowed feminist.... Read More