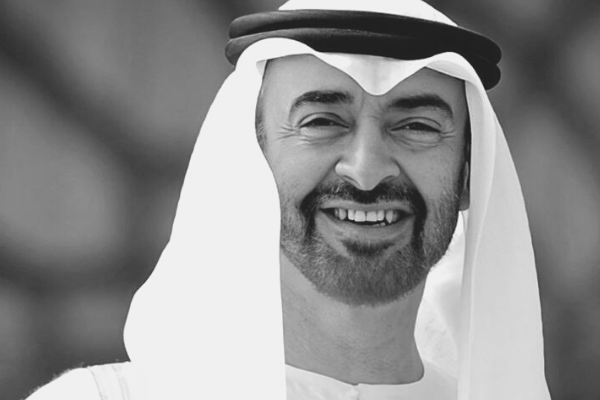 His Highness Sheikh Mohamed bin Zayed Al Nahyan, Crown Prince of Abu Dhabi and Deputy Supreme Commander of the UAE Armed Forces, was honoured for his relentless efforts in education and concern for improve the welfare and happiness of people that have created bridges for global peace.

Sheikh Shakhbout bin Nahyan bin Mubarak Al Nahyan, Minister of State, received the award on behalf of Sheikh Mohamed during a ceremony held at the Emirates Palace in Abu Dhabi on Tuesday, 6th of July.

Cardinal Giuseppe Versaldi, Prefect of the Congregation for Catholic Education, Gran Chancellor of the Pontifical Gregorian University and Ministry of Education in Vatican said, – Sheikh Mohamed has been instrumental in building bridges of global peace and promoting human fraternity.

"Human fraternity has sustained nations, provided them with the energy, dedication, and resolve to persevere and to succeed," he said.

"In the spirit of human fraternity, we can all work together to promote the inclusion of all regions of the world in the progress of humanity. The cooperation with the UAE has enabled us to eradicate religious and cultural misunderstandings and to promote education."

Sheikh Mohamed bin Zayed was among the key figures behind the historic February 2019 event that saw the signing of the Human Fraternity Document between Pope Francis, Head of the Roman Catholic Church, and Dr Ahmed Al Tayyeb, Grand Imam of Al Azhar.

The Abu Dhabi Crown Prince was also recognised for providing humanitarian and medical assistance to poor nations during the Covid-19 pandemic. Since the beginning of the outbreak, the UAE has provided aid to more than 135 countries and distributed more than 2,000 tonnes of medical supplies.

In the UAE, Sheikh Mohamed has worked with determination in building the nation, serving its citizens, and helping them realise their aspirations.

During the awarding ceremony, Versaldi revealed that the UAE Ministry of Education and The Congregation for Catholic Education in Vatican have signed a memorandum of understanding to promote education and tackle education challenges in both countries.

The event was also attended by ambassadors representing various countries in the UAE.