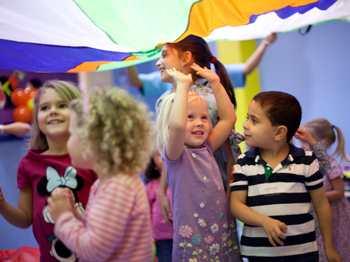 Peekaboo! Creative Play Centre announces theopening of its third branch located in Ibn Battuta Mall – Persia Court.The opening party that was held on Saturday 27 February 2010 witnessed afull house buzzing with fun. Children at all ages enjoyed an amazing mix ofactivities, and were treated to Sugar Daddy’s cupcakes and a goodie bag fullof yummy edibles, Yaya kids vitamins, vouchers and Jibbitz from Crocs, andof course Free play time from Peekaboo! A raffle draw announced a winnerof one month free play time at Peekaboo as well!While maintaining and improving the high standards of personal care,creativity and fun, on which it has built its reputation, Peekaboo adds newmembers to it fantasy world in the form of a musical parade surrounding theplay area and reflecting the creative spirit of the concept. Kids and parentswill now find a much more diversified, entertaining and stimulating range ofactivities to choose from.The founder of Peekaboo, Tania Farha, a mother of three says, “Peekaboocelebrates its 6th birthday in February this year. This exciting anniversarycoincided with the opening of our third store located in IBN Battuta Mall.
The new store brings a fresh look for Peekaboo with vibrant hues such asyellow, blue and purple. The new look is centered on a Musical Parade withspecial characters specifically created for Peekaboo. They are vibrant,entertaining and exude happiness; qualities that we feel embody Peekaboo.”Since it first opened six years ago at The Village Mall, Peekaboo hascontinuously grown the creative offering. In addition to its three outlets,‘Peekaboo shuttle’ – the events organizing division – takes the Peekabooexperience to people’s homes. Peekaboo has hosted hundreds of birthdayparties to date, and has been responsible for setting up entire children’splay zones at exhibitions and fairs such as “Sharjah International WorldBook Fair’, ‘The Bride Show’, and the ‘Pedigree and Whiskas Pet Show’.Peekaboo is now planning more strategic outlets across UAE, as well asstrengthening the brand and retaining the high standards they have set forthemselves over the past few years.
Calendar
Журнал «Авиамост» 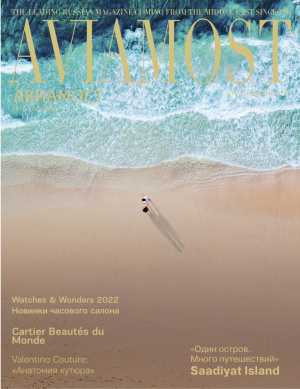