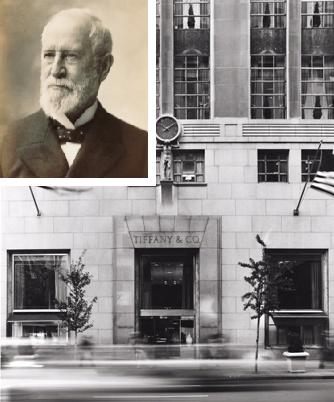 Tiffany & Co. is a world-renowned jeweler that epitomizes the glamour of dazzling jewels and the sophistication of , where it was founded in 1837. The heritage of Tiffany & Co.—the diamonds, the glamour, the storied legacy of movies and song—is richly reflected in the signature Tiffany Blue that wraps the jeweler’s every creation.

One glance at this glorious hue evokes not only excitement, but also appreciation for a legendary style that was crafted by artisans working in a tradition established 175 years ago.

Tiffany’s anniversary celebration pays tribute to the generations of designers and craftspeople who forged the jeweler’s renowned reputation. The objects of their dedication are milestones in the evolution of American design and reinforce Tiffany’s history as one of the world’s foremost jewelers and silversmiths. It was the quality of these creations, consistently and flawlessly delivered that engendered a relationship of trust between Tiffany & Co. and its customers. Over time, Tiffany’s devoted clientele came to associate the vibrant blue box with this special relationship and the highest standards of excellence.

Today and every day since, Tiffany fulfills a glorious mandate for innovation, discovery and magnificent design. The company is guided by a distinctive set of values—quality, craftsmanship, beauty and originality—that was shaped by its founder, Charles Lewis Tiffany (1812-1902). His creative passion came to define American luxury and created a legacy that would one day enchant the entire world. Highlights of the company’s dynamic history show the evolution of this great heritage and a style that is legendary.

1837      Charles Lewis Tiffany and John B. Young open a stationery and fancy goods store on Lower Broadway in . The first day’s sales total $4.98.

1845      Tiffany introduces the Blue Book, the first direct mail catalog to be distributed in the .

1848      With a cache of splendid diamonds purchased from French aristocrats, Charles Tiffany introduces important gemstones to the He resets the dazzling stones in original Tiffany settings and is named the “King of Diamonds” by the press.

1851      Tiffany is the first American company to use the British silver standard (92% pure), later adopted as the sterling standard. 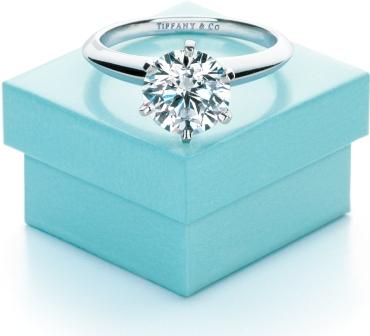 1878      Charles Lewis Tiffany pays $18,000 for a rough diamond of 287.42 carats found in the diamond mine in . The stone is cut to 128.54 carats and named the Tiffany Diamond, considered one of the world’s largest and finest fancy yellow diamonds.

1878      Tiffany’s Blue Book is published with its cover in a particular shade of blue that became known as Tiffany Blue®. Soon the color appeared on Tiffany boxes and shopping bags. No longer merely a color, the distinctive shade made the Tiffany Blue Box® an international icon signifying the excellence of all Tiffany & Co. designs.

1886      The Tiffany® Setting for diamond engagement rings is introduced. This innovative setting, still the world’s most popular, is the first to lift the diamond above the band and hold it in place with six platinum prongs, allowing light to enter the stone and maximize its brilliance.

1887      Tiffany’s acquisition of the French Crown jewels establishes its reputation as a world-premier jeweler. The royal treasures were in turn purchased by ’s newly minted millionaires with names such as Astor, Vanderbilt and Pulitzer.

1902      Louis Comfort Tiffany, son of Tiffany & Co. founder Charles Tiffany and the foremost American designer of the late 19th and early 20th centuries, becomes the company’s first art director. A world leader of the Art Nouveau movement, he is revered for his stained-glass lamps, windows and jewelry that remain popular in museums and auction houses.

Fifth Avenue
store. The world’s most famous and fashionable women collect his fantastic nature-inspired jewels. His creations win countless awards, establishing his reputation as one of the world’s most celebrated jewelry designers.

1961      Jean Schlumberger’s Ribbon Rosette necklace is set with the Tiffany Diamond and worn by Audrey Hepburn® in publicity photographs for the film Breakfast at Tiffany’s.

1967      The National Football League commissions Tiffany to design the first Super Bowl Trophy. Tiffany has created this icon of American sports for every subsequent Super Bowl.

1969      Tiffany introduces tanzanite, a sparkling blue zoisite, named for , its country of origin.

1974      Tiffany & Co. introduces the jewelry of fashion model and designer Elsa Peretti. Inspired by natural shapes of elegant simplicity, the collection is a milestone of modern design.

1980      Paloma Picasso, an international fashion icon, debuts at Tiffany & Co. with a collection that establishes her reputation for jewelry of brilliant colors and originality.

2006      Tiffany & Co. introduces the jewelry designs of world-renowned architect Frank Gehry, whose achievements include the Guggenheim Museum Bilbao. His arresting forms and use of unusual materials in jewelry reflect his lifelong passion for art.

2012      Tiffany marks its 175th anniversary. In honor of this milestone, the Tiffany Diamond is reset in a magnificent necklace of dazzling white diamonds. After traveling to gala celebrations in , , and , the diamond in its new setting returns to its permanent place of honor on the Main Floor of Tiffany’s