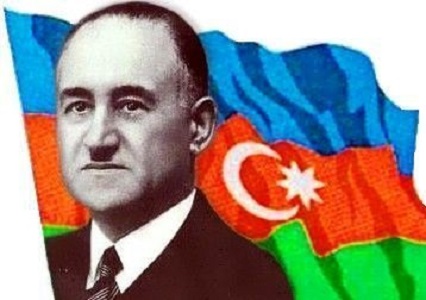 The Revolution of 1917 led all parts of Russian Empire, including the southern one where Azerbaijan was situated to chaos and turbulence. This was followed by killings on ethnical identity, crimes, destruction of houses, architectural monuments, schools, hospitals, mosques. Most of major cities and towns turned into ruins.

This was the very time when people of Azerbaijan took the principled stand to own their State. On May 28, 1918, the Muslim National Council held its opening sitting in Tiflis (nowadays Tbilisi-capital of Georgia) and adopted the Declaration on Independence, which proclaimed the establishment of independent Azerbaijan Democratic Republic (ADR) in South and Southeast of Transcaucasia. The declaration consisted of six clauses and became the first Constitutional Act in the history of Azerbaijan as well as affirmed Azerbaijani statehood in the form a Democratic Republic. On June 16, the National Council and the cabinet of the ADR got relocated to Ganja – the second biggest city of Azerbaijan. The primary goal of the government was to liberate Baku and the other cities of Azerbaijan, which were under control of Armenians and Bolsheviks.

On April 5, 1918, the Caucasus Army of Islam established in Ganja entered a fierce battle with 20 thousand Baku Soviet troops, advanced toward Baku, liberating cities one after another. On September 15, 1918 Baku was liberated. Over a thousand of Muslim officers and soldiers fall prey of Baku battle.

The capital of ADR moved from Ganja to Baku and on November 16, 1918, the Azerbaijan National Council resumed its function. On December 7, 1918, the inaugural session of Azerbaijani parliament took place. This was a first ever parliament formed on the utmost democratic principles of that time in the entire Muslim World and East. Parliament included representatives of the main ethnical groups populating the country.

Despite the end of WWI in November 1918, it took a while to finalize its consequences. The winners concurred to call an international conference in Paris to settle major issues in the world. A parliamentary delegation of Azerbaijan went to Paris with the main goal to gain international recognition for ADR. On January 11, 1920, the Supreme Council of Paris Peace Conference unanimously resolved to recognize de-facto the independence of Azerbaijan. On January 19, the Azerbaijani mission received an invitation to the Supreme Council of the Paris Peace Conference. The allies formally assumed the obligation to defend the newly recognized state from foreign aggression.

Despite the lack of experience in statecraft, the leadership of the ADR managed to create a well-operated state machine, establishing relations with more than 20 countries of the world, including the USA, Belgium, Holland, Greece, Turkey, Denmark, Italy, France, Switzerland, UK, Poland etc. On June 24, 1919, the Government adopted a national flag with white crescent and eight-pointed star with a three-stripe background. And on June 26 the establishment of Azerbaijan Armed Forces was enacted. The process of army build up was completed by January 30 to include 30,000 of infantry and 10,000 of cavalry troops. 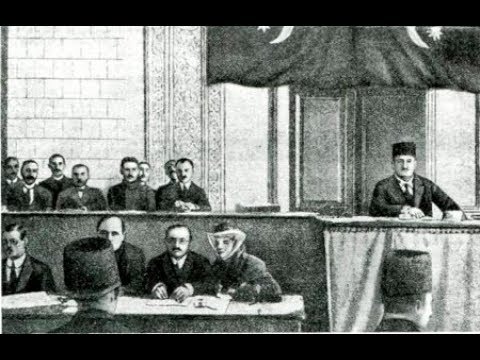 The Government also established an extraordinary investigation commission to scrutinize the acts of genocide of Azerbaijanis by Armenians, adopted the official state symbols and regulation on Azerbaijani citizenship, and recognized the equality of men and women. The separation of legislative, executive and judicial powers was also confirmed.

Public education was among the priorities of ADR. Roughly half of the schools switched to use Azerbaijani language, which became a compulsory subject. Another essential step was the establishment of the Baku University on 1 September, 1919. A number of schools were also opened. Hundreds of young students received scholarships to study in leading European universities. The establishment of Chamber of Appeals and Intelligence department became the vital pillar of the state-building process. The Baku-Batum oil pipeline was restored in 1919, the government issued a decree on free trade and gave a rebirth to the merchant fleet. The Caspian fleet of Azerbaijan was established in summer of 1919 as well.

During the 23 months of independence, the Azerbaijan Democratic Republic, with total area of 97,300 square kilometers and 2, 862 million people, was governed by five subsequent cabinets. Azerbaijani parliament, composed of 15 parties, passed 230 acts to secure the interests of Nation.

On April 28, 1920, Azerbaijan was occupied by Red Army. The resistance movement of Azerbaijani people was squashed. All government institutions of Azerbaijan were abolished. Baku again lived through a week of looting.

Today, Azerbaijan is witnessing a rapid and dynamic development that is comparable with developed countries of the world. A country with ten million population has become a leading power in Transcaucasia, transport hub linking Est and West and South with North, and a leading regional investor. The economic growth of Azerbaijan goes accompanied by development of the industry, infrastructure, agriculture, sports, tourism. 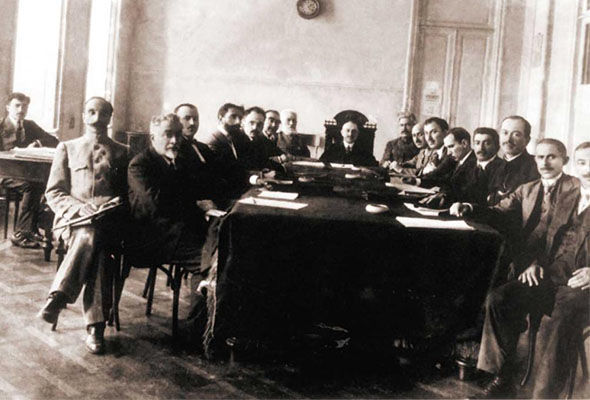 Azerbaijan, lead by President Ilham Aliyev, carries on a foreign policy based on the interests of his country. Situated on the geographical border of Europe and Asia, Azerbaijan is integrated in the political structures of both continents. Being a member of the Council of Europe and the OSCE, Azerbaijan plays an active role in the OIC, ECO. It is also a member of Non-Aligned Movement and in October, 2011  got a seat of a non-permanent member of Security Council of UN allocated for Eastern Europe. This was indeed an acknowledgment of the political calibre and image of the state.

I am proud to say, that Azerbaijan and United Arab Emirates enjoy close and cordial relations characterized by shared perception on major global and regional issues. The two countries signed number of agreements to provide a framework for bilateral cooperation in all spheres including economy, trade, finance, information and culture.

Meetings of our leaders, intensive exchange of visits of high dignitaries further cement bilateral ties, ensure political dialogue and serve to further enhance cooperation between the countries. İt is also remarkable that trade turnover between two countries in 2017 multifold as compare to 2016. Direct flights of AzAL, Fly Dubai, Air Arabia, Ettihad airways, mutual participation of the legal and physical entities of respective states in international events, substantially contribute to development of people to people contacts as well as promotion of trade and commercial relations of the two states.

"The flag once raised will never fall!"

The author is  Ambassador of Azerbaijan to UAE.