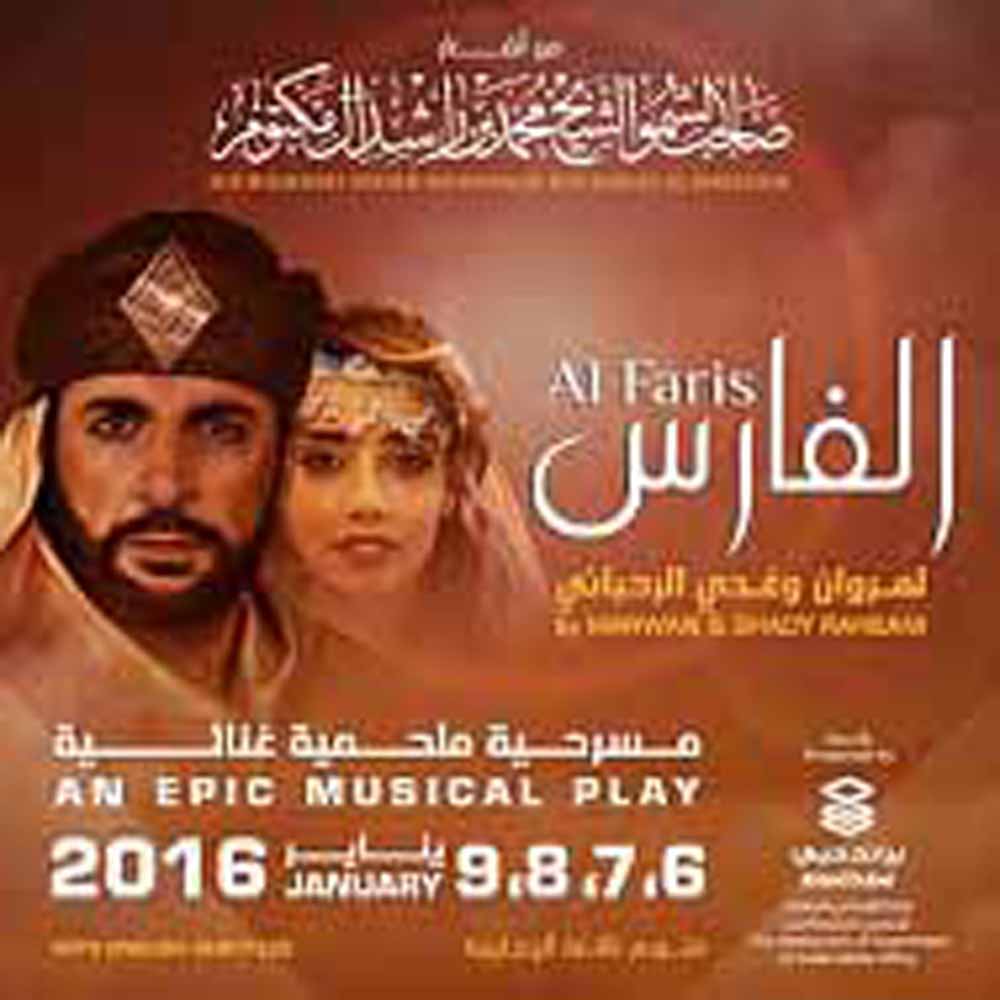 Al Faris, which features verses from 30 poems carefully selected from 150 poems of Shaikh Mohammed, will run until Saturday at Shaikh Rashid Hall in Dubai World Trade Centre. During the grand opening of the play, Shaikh Mohammed said that honesty of creative expression is a huge responsibility and directly contributes to the development of nations.

The opening day saw Saliba delivering a powerful performance. Despite being her debut in theatre, Balqees also displayed an outstanding performance.

The production adds another feather to the cap of Marwan Rahbani, the theatrical director of the play.

Director General of the Government of Dubai Media Office Mona Al Marri said that the epic play based on the poems of Shaikh Mohammed bin Rashid is a message of peace from Dubai to the world, adding that Al Faris reflects the noble values embedded in our religion and Arab culture.

She said the play is a call to the entire world to revive such values that can help nations overcome the difficult challenges they are facing today.

The integration of the verses into the narrative gave the script an epic flavour.

The Emirati poet Saif Al Saadi supervised the diction of the actors to ensure it was true to the speech rhythms of the Emirati dialect.

Ghady Rahbani and Moayad Al Shaybani developed the story and scenario of the play.

Over 800 actors, dancers, technicians, musicians and vocalists from 30 nationalities and a team of talented Emiratis participated in the production.

Doors for the show open at 6pm every day while curtains rise at 6:30pm.

Watch Al Faris at Rashid Hall, Dubai World Trade Centre until Saturday. Doors for the show open at 6pm every day while curtains rise at 6:30pm.