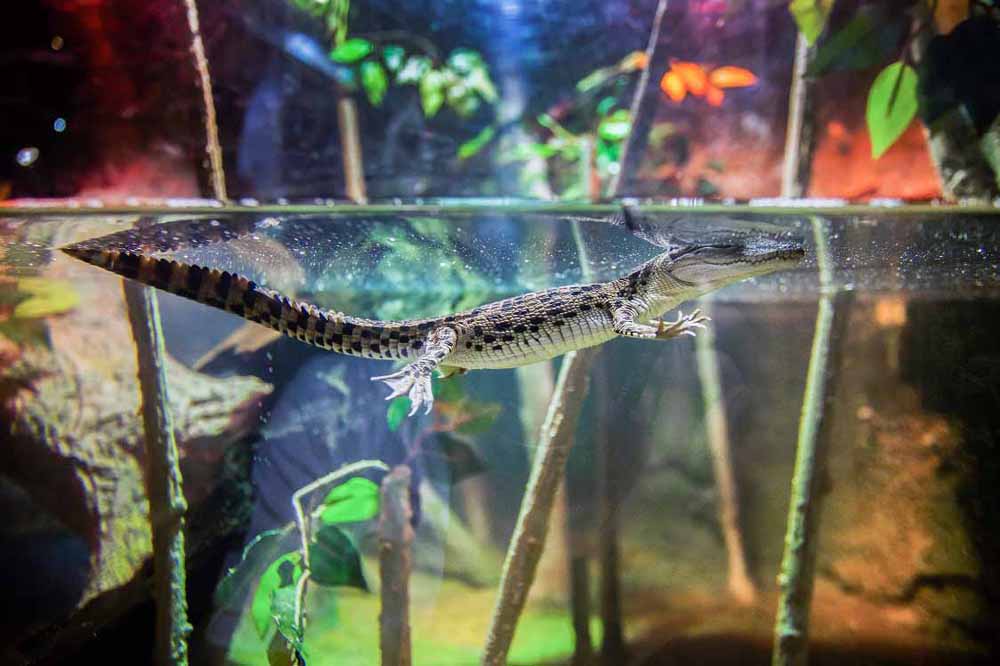 Dubai Aquarium & Underwater Zoo at The Dubai Mall has welcomed baby crocs, born to King Croc, one of the world’s largest reptiles, and Queen Croc, his companion for over 20 years. Queen Croc, who is more than 80 years old, laid 59 eggs, and the long incubation process finally came to an end with the hatching of the baby crocs.

For the past 20 years King has been a dedicated partner, showing little interest in any other female crocodiles than Queen Croc. The birth at Dubai Aquarium & Underwater Zoo means that King Croc’s genes are now passed down to these special animals. The process of hatching the eggs, monitoring the new arrivals and tending to them is indeed a fascinating experience. To break free from their 3.5 month incubation, the tiny reptiles have an “egg tooth’’ on the end of their upper jaw which they use to break open the egg to free themselves.

When the croc is about to hatch they make chirping sounds within the confines of the eggs. These noises – an “umph, umph” sound - tell its siblings that it is time to hatch and call Mummy to uncover the nest and begin breaking out of the egg. To replicate this process and encourage the hatch, the aquarium team played a soundtrack to the eggs. The babies could be heard calling back from inside their shell in response to it.

When the eggs begin to crack they are placed in the brooder at Dubai Aquarium & Underwater Zoo, until they fully hatch. After 24 hours, the new-borns are settled in the first stage of a Nursery Tank.

The tank has an ambient temperature similar to the incubators and provides a shallow water and towel whenever the baby needs to bathe. After 3 days, the baby is transferred to the second stage of the Nursery Tank where a new niche is created similar to the croc’s natural environment.

The baby crocs start to eat 3 to 5 days after hatching. Their food is generally water insects and small crustaceans such as shrimps and crabs. Indeed, it has been known that some baby crocs begin hunting after just 3 days of being born. Fascinatingly, the gender of the reptilian tykes is determined by the incubation temperature; below 30c will produce female and above 30c will result in male. The incubation takes 80-100 days.In the wild, the mother prevents the eggs from drying by splashing the nest with water as the humidity can often be between 90-100%; one of the reasons why the incubator at Dubai Aquarium & Underwater Zoo replicates the natural habitat of a river bank.

“Dubai Aquarium and Underwater Zoo is proud to have such cute reptiles join our growing aquatic community. We’re particularly pleased, as in the wild, survival rates are only 10% with less than 1% reaching maturity because during adolescence they tend to be hunted by turtles and territorial males,” said Paul Hamilton, General Manager and Curator, Dubai Aquarium & Underwater Zoo.