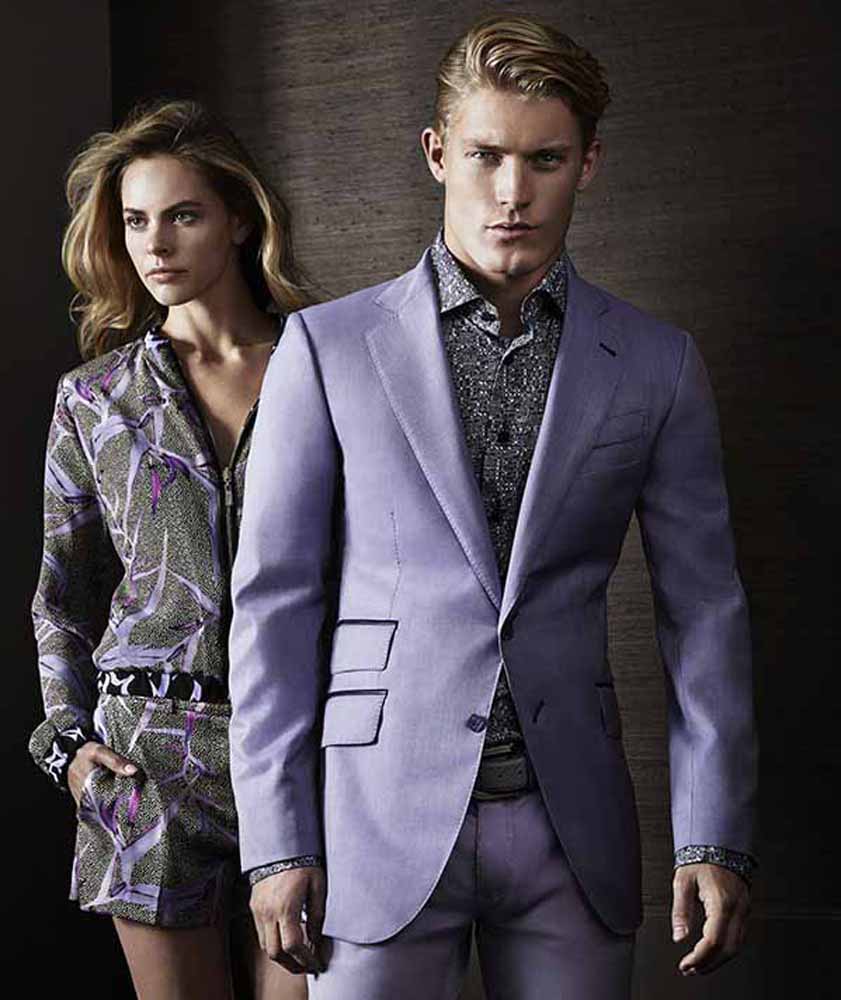 They say a tiger never changes its stripes. The saying could well apply for fashion too. Come every season, stripes have remained a staple due to their undying appeal. They also enhance not just one’s presence but height too. Vertical stripes make one appear taller and leaner while horizontal stripes can easily add pounds (!)This SS 2015 leading fashion houses, give a new slant to the traditional stripe to make them perkier and way more interesting…

Luxury designers as well as high street houses have re-imagined the staple stripe in new and exciting ways, exclusively for the fashion-conscious gent.

However, if you ever thought that stripes have always existed in the fancy realm of fashion, you may well be mistaken. They owe their origin to the good old Breton top, which has in turn evolved from a style of top, worn by French fishermen in Brittany, hence the name Breton. Using special double-twist cotton, the fishermen were protected against any gusts of wind that may occur whilst out of sea.

In 1858, this style became standard wear for the French navy, updating the style to have 3/4 length sleeves and the striped design which was not merely a pattern, but as a way to spot a sailor were he to fall overboard. (What an ingenious way to fish a man out of water in order to save him!) Traditionally in navy and white, the French classic came from the working class shores of Northern France. So here’s a toast to Breton!

Gucci can be credited to have set the (striped) ball rolling with its nautical collection dedicated to the men at sea, right from naval officers down to pirates. It chose a medium stripe, not too thick or too thin, featuring them liberally on lean blazers, trousers, a Nehru-collar shirt and even detailing on the sleeves, collars, pockets and what have you. (Those stripes look especially good on Gucci’s ivory-white trench highlighted by black buttons and a broad stripe on the sleeve).

Dior Homme took inspiration from both the Breton stripe as well as the traditional yellow slicker (or raincoat) worn by fishermen to offer a bright line of creations featuring navy, white, red and YELLow. So broad Breton stripes were applied to scoop neck vests worn over shirts and underneath suit jackets. (Very eye-catching shade of yellow we can assure you).

Parisian house Chanel keeps its stripes slim but highlights their presence with a dark collar in the same colour and teams it with an olive green, wide collared, short, trench highlighted by brass buttons on the pockets, sleeves and on the belt.

Alexander Wang keeps it bold and simple with a casual tee where just one thick stripe cuts across dividing the piece into two. Teamed with a dark pair of trousers and bold footwear it turns into quite an assertive look. Philip Lim though offers you a dare by suggesting you match a striped top with checked trousers. As does Giorgio Armani which combines a horizontal-striped T, checked jacket and trousers featuring vertical-stripes and dots.

Here are some tips by online experts on how to wear your Breton top: if you already own a classic Breton top, branch out into striped tailoring, leg wear (shorts or trousers) or knitwear. Do consider opting for a thicker block-stripes or bold colored motifs in order to bring a modern twist to this timeless pattern.

To put stripes into practice, try teaming your essential Breton tee with a  pair of tailored chino shorts and loafers for an off-duty, summer-ready look, switching to slim pinstripe trousers, a navy two-button blazer, white shirt and monk-straps for something that’s more evening-appropriate.

If you are a conservative dresser and always stuck to bold and dark stripes, try thinner stripes in pastel hues or even multi-colours and match them up with neutral warm-weather staples to add panache.

See it this way. With so many brands dabbling in stripes, there’s probably a subliminal message out there from the universe asking you to broaden not just your stripes but your horizons too. Definitely a more exciting adventure to embark upon (and truly earn some stripes too in the process) wouldn’t you agree?