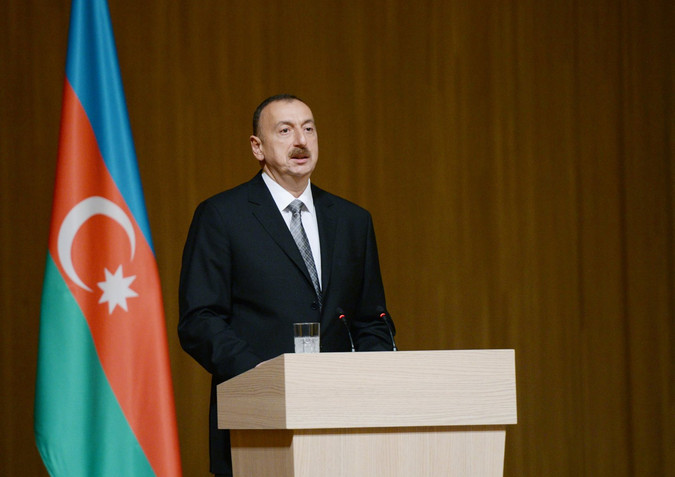 Azerbaijan, with its century-old history and beautiful nature, summer and winter resorts, incredible cuisine and not the least, with special warmth of this Caucasian country’s people to Emiratis, is among the most desired destinations for UAE nationals.

Having gained its state independence in 1991, Azerbaijan faced all challenges, developed economy, signed contracts with leading world companies to explore its oil and gas reserves, and ultimately ranked a leader country in South Caucasian region. 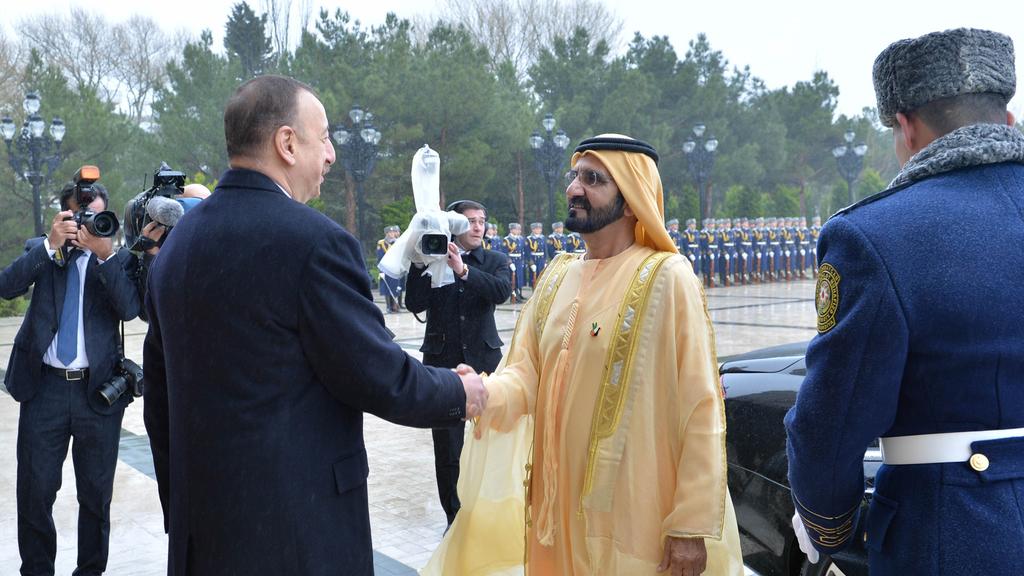 It is pertinent to mention that United Arab Emirates and the Republic of Azerbaijan enjoy close and cordial friendly relationship based on mutual trust and  understanding. Two countries cooperate in unilateral and multilateral forum. Presently, the citizens of UAE enjoy electronic visa and upon arrival visas at international airports facility to visit Azerbaijan. This is indeed a manifestation of high level relations between the two countries.

The Republic of Azerbaijan lead by President Ilham Aliyev presently is pushing towards diversification of its oil and gas based economy. Along with development of energy sphere, the utmost is being done to ensure the positive dynamism of non-oil sector by development of transport, agriculture, tourism, industry, establishment of free trade zones and etc.

Thus, the “Azeri-Chirag-Guneshli” contract for exploration of oil reserves of Caspian Sea signed with international companies has been extended till 2050. As per the terms of the contract the share of Azerbaijan in consortium has been increased and the companies will pay3.6 USD billion bonus to Azerbaijan.

Another significant event - inauguration of South Gas Corridor project -took place on 29 May 2018. The project aimed at transportation of Azerbaijani natural gas to European markets consists of 4 stages. Three of them – exploration of “Shadeniz-2” gas field with 1.2 trillion cubic meters reserves, South Caucasian Pipeline and Trans-Anatolian pipeline (TANAP) pipeline have already been completed. And only- Trans-Adriatic pipeline (TAP), that is mostly done, left.

Located on the crossroads of East and West and South and North, Azerbaijan always played a role of bridge between the parts of Eurasian continent. The year of 2017 was marked as inauguration of Baku-Tbilisi- Kars railroad. The ceremony took place at Baku International Trade Sea Port with participation of presidents, prime ministers and dignitaries of Azerbaijan, Turkey, Kazakhstan, Georgia, Uzbekistan, Tajikistan and Turkmenistan. This landmark event for entire Eurasian region meant restoration of the ancient Silk Way by means of railway line. This line facilitated access of Central Asian countries and Afghanistan to European and other World markets. It is expected, that in the future to come, 3 million passengers will be carried and 17 million tons of goods will be transported annually using this railway corridor. This will also boost the tourism flow in the region.

The South-North corridor is another transport project that is also crossing Azerbaijan and will facilitate transportation of goods from South-Asian region to Russia and Northern Europe will be completed soon. And in addition to these connectivity projects it is worth to mention the One Way One Belt Chinese initiative which was also supported by Azerbaijan.

Another success of President Ilham Aliyev was signing on 12 August 2018of long awaited Caspian Sea Convention between the Caspian Sea littoral states. This agreement will boost up cooperation between the states located on the shore of Caspian as well as serve protection of environment and bio resources of the sea, ensure security in the region.

Azerbaijan is a unique country located on the crossroads of civilizations. Being a member of Islamic and European Organizations both, Azerbaijan absorbed the values of two civilisations and therefore plays a role of bridge between them.

Notably, the Republic of Azerbaijan pays significant attention to discuss the humanitarian matters, and hosts number of large-scale international events on very subject.  The fact that Baku held UN Alliance of Civilisations Global Forum, Baku Summit of World Religious Leaders, four times World Forums of Intercultural Dialogue and 6 times Baku International Humanitarian Forum is a vivid manifestation of the fact that Azerbaijan remains loyal to the deepening of international humanitarian cooperation. The last such event that took place in Baku on October 25, 2018 was VI Baku International Humanitarian Forum. The opening ceremony with participation of President Ilham Aliyev and the First vice-President Mehriban Aliyeva was attended by more than 400 participants from more than 90 countries of the World, including UAE.

This is also worth to mention that the First European games, World Chess Olympics, U-17 Football Cup, World Gymnastics Cup, Formula-1 were also hosted in Azerbaijan. The Republic of Azerbaijan thus is known as a sports country. On May 12-22 2017 Baku also hosted Islamic Solidarity Games bringing together more than 3 thousand sportsmen from 54 Islamic states. 1 billion people in 50 world countries watched the Games 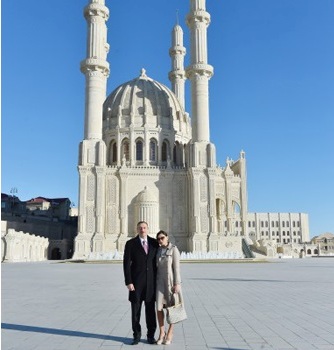 Azerbaijan is renowned as one of the important places where the Islamic cultural legacy, which became widespread in the territory of Azerbaijan in the 7th-8th centuries, was established and preserved. During the Presidential tenure of Mr.Ilham Aliyev significant work was done in the country to restore religious monuments, mosques and temples. If there were only 17 mosques in Azerbaijan during the Soviet era, their number reached almost 2200 presently. As well as Azerbaijan spares no efforts to contribute to resolution of the ongoing conflicts in the Islamic world, unambiguously stands for international law during discussions on fair resolution of problems and always remains committed to its principled position.

In his article named “The strengthening of Islamic solidarity is a challenge of time” in “OIC Journal” - official publication of OIC, President Ilham Aliyev noted: “Today the Islamic World needs unity and solidarity like never before. Therefore, declaration of 2017 as “The Year of Islamic Solidarity” in Azerbaijan is a goodwill message to the Muslim community and to the whole world.”

The activity of President Ilham Aliyev is strongly supported by Azerbaijani Nation. People of Azerbaijan have once again reposed their unwavering confidence in President Ilham Aliyev by giving him a majestic win with more than 86% of votes in the extraordinary presidential election held on April 11, 2018. The fourth consecutive victory of the incumbent President is reflective of his immense popularity as leader.