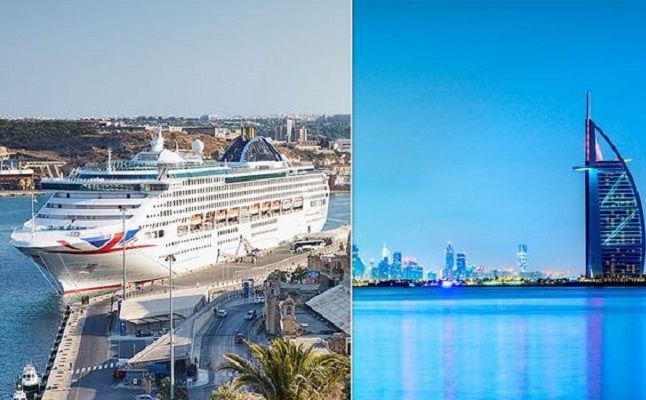 Cruise company P&O Cruises has scrapped its winter 2019/20 Dubai and Arabian Gulf programme. The majority of the cruise line’s 49 departures were due to pass through the Strait of Hormuz, which lies between the Persian Gulf and the Gulf of Oman. The Strait has been the focus of international tension in recent months. In July, Iran’s Revolutionary Guard seized the British-flagged oil tanker Stena Impero. Concerns for British cruise ships have resulted in P&O axing its programme to the region altogether. Around 15,000 people have been affected by the cancellations, reported The Times.

All cruise passengers impacted by the change will receive a full refund, P&O have clarified.

The customers have also been given an exclusive offer on 2020-21 Dubai and Arabian Gulf cruises and well as this season’s Caribbean fly-cruises.

P&O Cruises President, Paul Ludlow said: “The increased tension in the region highlighted by the attacks on tankers in the Straits and the detention of a British-flagged tanker by the Iranian authorities means as a British company flying the Red Ensign it is not advisable for us to maintain our planned Dubai and Arabian Gulf program this winter season.

“We have therefore taken the unusual step of withdrawing Oceana from the region for the upcoming season.”

“Whilst we appreciate our guests will be disappointed, the safety of our guests and crew is absolutely paramount and given our UK status, coupled with the uncertainty in the region, we have had to make this difficult decision.”

P&O only launched its first Arabian Gulf programme this year. Oceana was based in Dubai for fly-cruises to destinations including Dubai, Abu Dhabi, Bahrain and Oman from January and April.