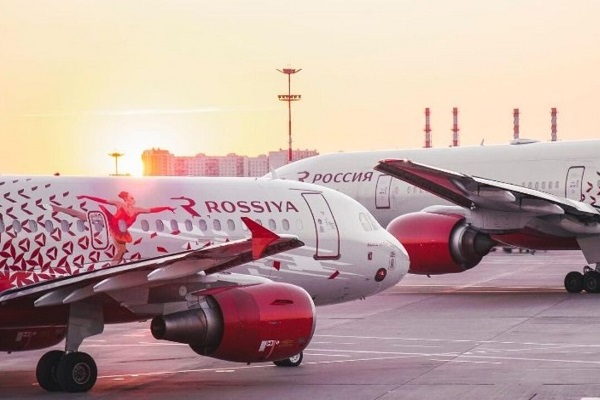 The airline’s inaugural flight touched down at 8:35am at Ras Al Khaimah International Airport on April 2 and connected the emirate in the UAE to Yekaterinburg, Russia’s fourth-largest city and Siberia’s second-largest city.

On April 6, Rossiya operated its first flight from Moscow to Ras Al Khaimah which landed in RAK Airport at 7:05am.

Also on April 6, a flight from Ufa – the capital and largest city of the Republic of Bashkortostan – landed at 9:30, followed by a flight from Perm which is located on the banks of the Kama River near the Ural Mountains which will land at 7.20pm.

Rossiya Airlines’ first flight to RAK Airport from Kazan, the capital and largest city of the Republic of Tatarstan in Russia, lands on April 8 at 12:05om, followed on the same day by the first flight to the emirate from St. Petersburg which will arrive in the UAE at 10:30am.

Also on April 8, its inaugural flight from Samara, Russia’s eighth-largest city, lands at 2.05pm at RAK Airport followed by a flight from the port city of Rostov-on-Don, which lands at 9.10pm.

Rossiya Airlines started its weekly flights between RAK Airport and the ninth destination in Russia, Nizhny Novgorod, on April 10.

The UAE and Russia signed a visa-free travel policy in February 2019 in order to encourage visitors to travel between the two countries.

“Ras Al Khaimah International Airport forms a major plank in Ras Al Khaimah’s growth plans by increasing its numbers of destinations and schedules through forging partnerships with new carriers and extending services with existing ones. Its new partnership with Rossiya Airlines represents a significant step forward in the airport’s phased expansion strategy, opening up as it does nine direct flights into and out of Russia,” said Salem Bin Sultan Al-Qasimi, chairman of Department of Civil Aviation and Ras Al Khaimah International Airport, and board member of General Civil Aviation Authority and Ras Al Khaimah Executive Council.

“Russia is one of the UAE’s top source countries for tourism, where business between the two countries is also important for bi-lateral growth and development. The new direct connections between Ras Al Khaimah and nine industrial and cultural conurbations in Russia will help meet current tourist and business requirements in both the countries, as well as fuel up the new demand for capacity building,” added Salem Bin Sultan Al-Qasimi.

Sanjay Khanna, CEO of Ras Al Khaimah International Airport, meanwhile said: “Our recent expansion phase has seen us increase flights throughout India and Kazakhstan – this new service to Russia further strengthens our position as one of the most significant UAE airports, flying passengers to numerous destinations globally and connecting people to the world’s most notable places.”

In a major expansion of the international flights operating out of Ras Al Khaimah this year, SCAT Airlines commenced direct flights between the emirate and eight cities in Kazakhstan Nur-Sultan, Almaty, Aktobe, Aktau, Atyrau, Uralsk, Karaganda and Shymkent.