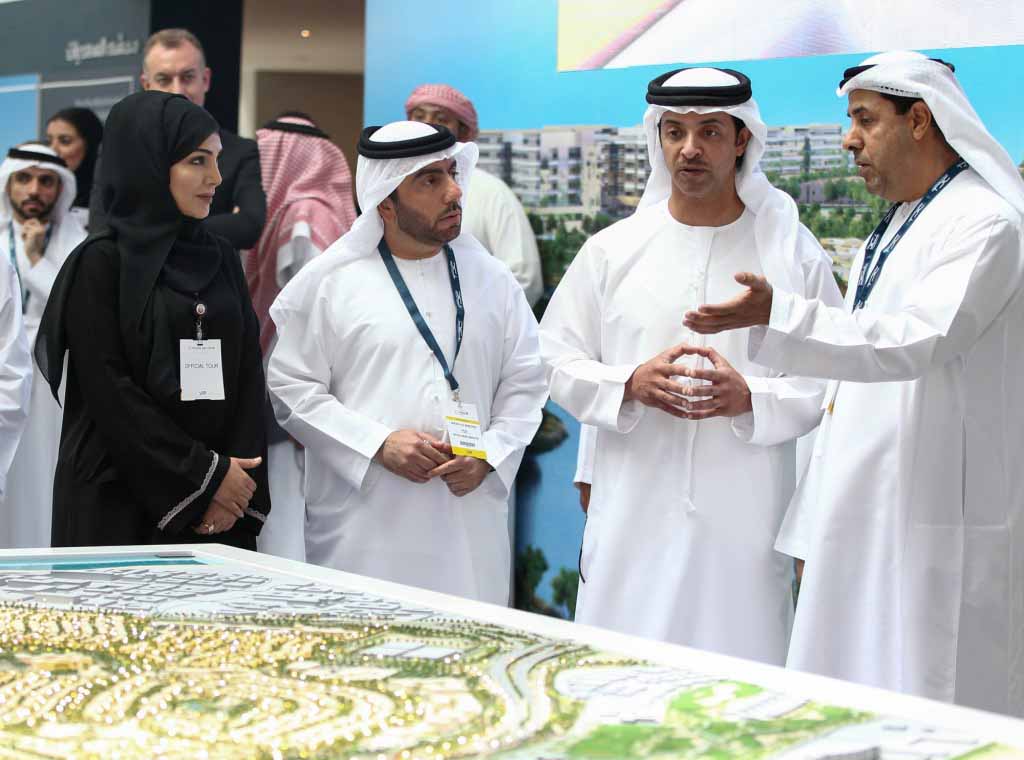 Taking place until 14 April at the Abu Dhabi National Exhibition Centre (ADNEC), the event, held under the patronage of His Highness Sheikh Mohamed bin Zayed Al Nahyan, Crown Prince of Abu Dhabi and Deputy Supreme Commander of the UAE Armed Forces, is the capital’s largest and most influential property investment show gathering more than 90 international and regional exhibitors.

Carlo Schembri, Exhibition Manager at Informa Middle East, the organisers of Cityscape Abu Dhabi, said: “Investor and exhibitor sentiment in the emirate remains positive. A recent survey of reported that investors are positive about the stability of the real estate market in Abu Dhabi (48%) and the wider UAE (44%) over the next 12 months.

“All indications in the run up to the show have pointed towards a busy, fruitful and profitable opening day and we look forward to receiving thousands of visitors throughout the course of the show. We’ve already witnessed strong footfall as investor and homebuyers capitalise on the opportunity to avail of exclusive offers and purchase units directly from the exhibiting companies.”

The Abu Dhabi Market Overview conference, held in partnership with JLL MENA, took place on the opening day, featuring an impressive line-up of regional experts including HE Dr Abdulla Ghareeb Al Baloushi from the Department of Municipal Affairs and Transport.

The half-day conference revealed the JLL’s first quarter (Q1 2016) Abu Dhabi Real Estate Overview report followed by a panel discussion on the impact of the new capital property laws that took effect in January this year as well as the impact lower oil prices have on the real estate market.

“While the market has generally been stable and signs of caution remain, we still expect demand growth to continue from projects commenced when oil prices were high and the extent to which market stability is maintained very much depends on the return of domestic government spending in spite of a reduction in oil revenues.”

HE Falah Al Ahbabi, Director General, Abu Dhabi Urban Planning Council (UPC) sees Cityscape Abu Dhabi as a prominent forum that provides an opportunity to engage with those at the core of the UPC planning strategy – developers, investors and other property sector stakeholders within the local community.

He said: “Projects that, a decade ago, were simply plans on paper are now being realised, with people working and residing within them.

“Cityscape has provided the UPC with the perfect platform to promote the urban planning vision for the emirate of Abu Dhabi on a local, regional and international level. We have used the event to inform our key stakeholders of the many plans, projects and initiatives we are currently working on and have planned for the future.”

While all the big local players are out in force at Cityscape Abu Dhabi this year, international representation is also strong, with exhibitors coming fromBosnia and Herzegovina, Cyprus, Mauritius, Morocco, Turkey and United Kingdom.

Held under the patronage of His Highness Sheikh Mohamed bin Zayed Al Nahyan, Crown Prince of Abu Dhabi and Deputy Supreme Commander of the UAE Armed Forces, the real estate event, will run till 14th April, and draw the participation of over 90 exhibitors from inside and outside the country.

Sheikh Hazza said that the City Scape Abu Dhabi exhibition is a testimony to the great development achieved by the real estate projects in the UAE in general and Abu Dhabi in particular.

He added that the event, since its establishment, has represented a momentum exhibition for the real estate sector, as it is not only limited to the economic and financial sides, but It also contributes to the promotion of innovation and finding solutions as well as creating new initiatives in real estate development.

Sheikh Hazza, accompanied by a number of officials and those interested in this field, toured the participant pavilions in the exhibition. He was also briefed on the latest developments and future plans in this field in addition to the launch of multiple real estate projects.

During his tour, Sheikh Hazza was briefed on a number of development projects implemented by the Emirates Red Crescent (ERC). – Emirates News Agency, WAM