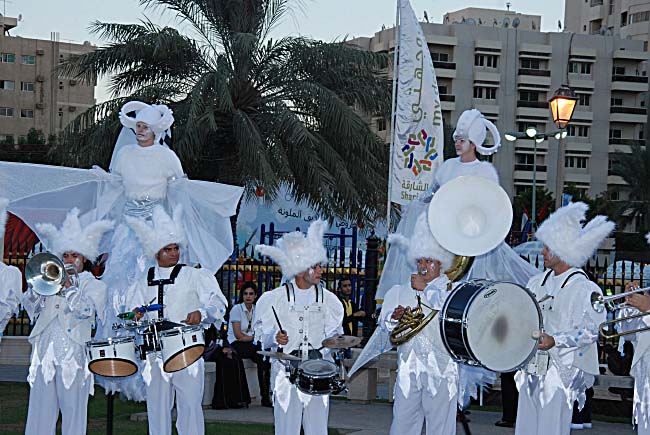 The 10-day extravaganza of fun and games got off to a grand start on Dec.14, at Al Majaz Park and the Khalid Lagoon under the guidance of His Highness Dr Sheikh Sultan Bin Mohammad Al Qassimi, Member of Supreme Council and Ruler of Sharjah and the patronage of Sheikh Sultan Bin Mohammad Bin Sultan Al Qassimi, Crown Prince and Deputy Ruler of Sharjah.

The SWF received overwhelming response with waves of fun enveloping the whole of Sharjah for ten days. The sheer, wholesome entertainment offered by various international shows and games targeted the whole family and attracted thousands of residents from across the country as well as foreign tourists. It saw internationally acclaimed shows like the Circus on Ice, being presented for the first time in the UAE and the region, attracting thousands of visitors every day. The unique Circus on Ice presented breathtaking acrobatic feats and skating on ice and was attended daily by more than 10,000.

The Sharjah Water Festival 2011 included more than 20 shows, the main event being The Circus on Ice. The Mouj Ice Island included the Irish Dance Show presented by Glendalough, the longest established Irish dance troupe. Yo Yo People presented shows with bouncy balls, hula-hoops and unicycling. The Colourful Boxes was another amazing show with amazing performances and fantastic jugglery and breathtaking acrobats. The SWF is organised every year in December along with the F1 H2O Powerboat World Championship, Grand Prix of Sharjah.