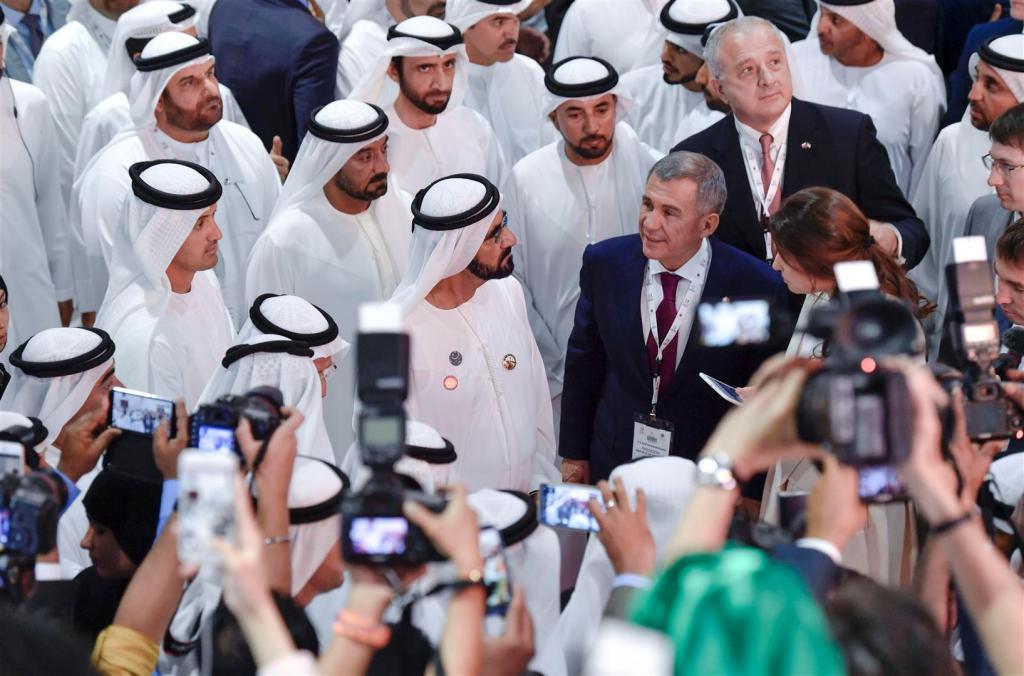 Stage set for 7th Annual Investment Meeting (2017) from 2-4 April 2017 at the Dubai International Convention and Exhibition Centre under the theme ‘International Investment, Path to Competitiveness & Development’

Ministry of Economy in the UAE has announced key insights on the 7th Annual Investment Meeting (AIM) agenda, which will be held in Dubai from 2nd- 4th April 2017 at the Dubai International Convention and Exhibition Centre under the theme ‘International Investment, Path to Competitiveness & Development’.

HE Abdullah Al Saleh expressed his delight for the UAE’s hosting of AIM after witnessing remarkable success in its past seasons. HE Abdullah Al Saleh said that the Ministry of Economy in UAE is extremely proud to be associated to a prestigious event as this, which has become an international platform for drawing foreign direct investments. In the past few years AIM has made significant achievements and has helped support the UAE and varied international countries position themselves as lucrative hubs for the foreign direct investments.

HE Abdullah Al Saleh extended a warm welcome to all the attendees at the press conference including AIM’s partners and the participants from all over the world. He extended warm wishes to the participants and inspired them to achieve their goals through the medium of this international forum.

HE Abdullah Al Saleh explained the objective of AIM’s theme this year- ‘International Investment, Path to Competitiveness & Development’ by emphasising the importance of international investments that represent a safety valve in the economy of any country. He also highlighted the reasons for focusing on foreign direct investments considering the global trends moving towards sustainability that ensure a better future for the generation to come.

HE Abdullah Al Saleh also highlighted the UAE government’s strategy, which position the country among the top 10 countries in the world in terms of government competitiveness and happiness. A large extent of this strategy is governed by international investments as these investments generate a stable and secure economy which eventually raise the happiness quotient among the country’s citizens and visitors.

HE Khalifa Bin Salem Al Mansouri, Acting Undersecretary of the Abu Dhabi Economic Development Department emphasised the importance of the participation of the emirate of Abu Dhabi as a ‘City Partner’ in the Annual Investment Meeting 2017. This reflects the position of the Abu Dhabi government aimed at strengthening the efforts of relevant government agencies to attract foreign direct investment to the emirate.

In a statement issued during a press conference to announce the opening of the event, HE Khalifa Al Mansouri said this is particularly important in the light of the growing number of countries and companies participating in the Meeting and the accompanying exhibition, especially those engaged in implementing major investment projects in Abu Dhabi. The government of Abu Dhabi is keen to maintain close investment ties with these countries and companies, especially those from Asia and Europe.

HE Khalifa Al Mansouri expected that Abu Dhabi’s participation in this year’s Meeting, which is led by ADDED, will be successful. He added the area of Abu Dhabi’s pavilion has been increased to 150 square meters to accommodate for the large number of government entities and agencies taking part in that pavilion. This would provide a good opportunity for the entities involved in investment projects to build direct relations with their strategic partners from participating countries and companies that are interested to benefit from investment opportunities in Abu Dhabi.

Al Mansouri added that DED as the pivot of the economic development in Abu Dhabi is mainly focusing in its strategic plan 2016-2020  on increasing the share of foreign investment in the emirate’s GDP. This comes in line with the directions and policies of the government of Abu Dhabi aimed at providing various incentives and benefits for foreign investors. Focus is also made on drawing up and implementing a number of major development projects, especially in non-oil sectors such as industry, tourism, education, health, media, aviation, finance and business.

Al Mansouri explained that the value of foreign direct investment in the emirate of Abu Dhabi has grown by 8% in 2016 totaling AED 95 billion and 145 million, compared to AED 88 billion and 95 million in 2015; according to figures released by the Abu Dhabi Statistics Center.

“The Department will soon launch the Abu Dhabi Investment Office, whose main task would be to draw a strategic plan to attract foreign direct investment to the emirate of Abu Dhabi in addition to setting up a mechanism that would unite all efforts exerted by stakeholders involved in investment in the emirate,” HE Khalifa Al Mansouri concluded.

During the press conference, the participation of UAE International Investors Council (UAEIIC) as the Official Investment Partner of AIM 2017 was also announced. UAEIIC will act as a link between the council members and UAE government establishments to serve the best interests of the national economy.

HE Jamal Al Jarwan, said that UAEIIC’s participation as Official Investment Partner will have positive impact on the investors from UAE. He stated that being the most important national council working with local investors overseas, UAEIIC’s partnership with AIM will help all local investors to exchange experiences and key insights with international organisations.

“UAE investments overseas have grown compared to time before. And under the wise vision of our leaders, and as result of the economic stability status in the economy, all expectations indicate that UAE investment overseas will grow significantly, taking into consideration the government’s transparent policies. This growth will help diversify the income resources which will lead us to the sustainable development,” added HE Al Jarwan.

Dawood Al Shezawi, CEO, AIM’s Organising Committee said that the seventh edition of AIM will have varied value-add activities which will help enhance AIM’s role in encouraging the ambitious investments and innovative projects. Al Shezawi also announced the launch of ’AIM Start-up’ which will be inaugurated alongside the seventh edition of the Annual Investment Meeting (AIM).

Al Shezawi revealed that ’AIM Start-up’ is and innovative initiative of the Ministry of Economy which will support the Innovation Showcase Exhibition & Pitch Competition. The finalists in ’AIM Start-up’ will be awarded monetary prizes and guaranteed investments from established players in the international market. This initiative will open new avenues for individuals with innovative ideas who can receive proper guidance and funds to support a high return on their innovative projects.

At the press conference, Al Shezawi announced AIM’s 2017 partners. Abu Dhabi was chosen to be the host city partner of the seventh edition of AIM. Al Shezawi emphasised the role of Abu Dhabi as a leading city in attracting foreign investments across varied areas. The financial results from the past few years reflect Abu Dhabi’s increasing growth in investment rates. Direct foreign investments in Abu Dhabi went up by 8 per cent in 2016 as compared to the year before.

Al Shezawi stressed the increasing importance of this annual event, particularly when Dubai is gearing up for EXPO 2020 which is set to enhance Dubai’s position as an international hub for foreign direct investments.