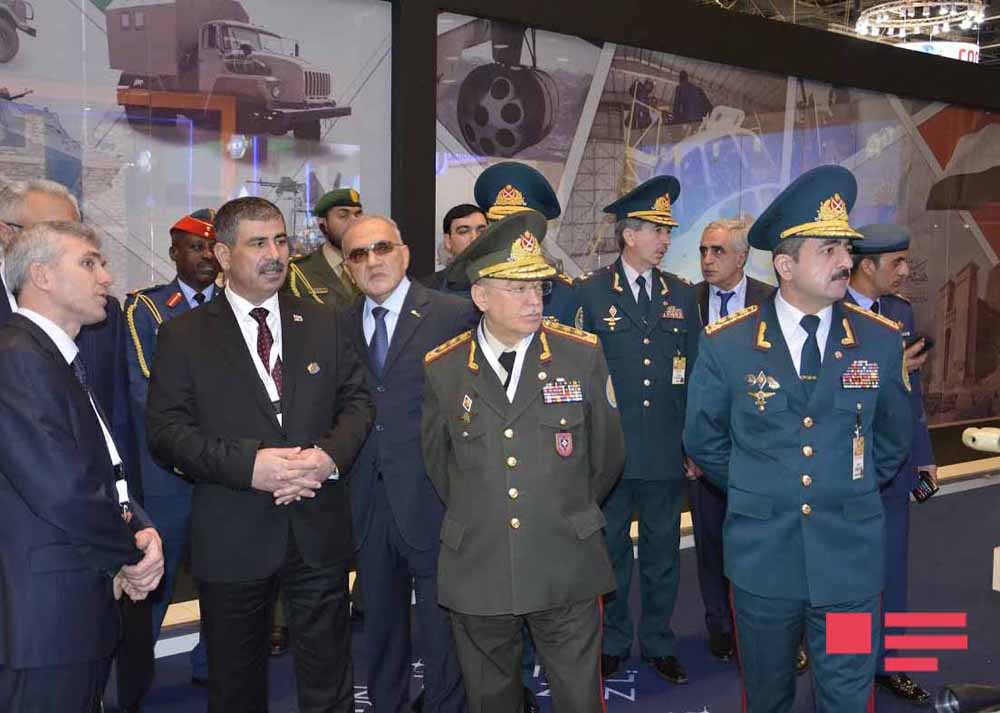 The firearms and ammunition manufactured by Azerbaijan attracted interest from the foreign military men.

The exhibition is being attended by the representatives of the armed forces and defense ministers from the UAE, the region and various other countries.

The NAVDEX-2015 naval technologies and the UMEX-2015 unmanned technologies exhibitions are also held along with the IDEX.

Azerbaijan is represented at the exhibition by a delegation headed by the Azerbaijani Defense Industry Minister Yaver Jamalov.

Minister Jamalov is scheduled to meet with his counterparts from a number of countries as part of the exhibition.

After the official opening of the exhibition, the Azerbaijani delegation reviewed the stand of the Defense Industry Ministry and was informed about the local products.

“Azerbaijan and the UAE plan to cooperate in the defense industry. A few weeks ago, we had talks with the UAE delegation in Baku. A number of Azerbaijan’s products are intended to be tested here. In general, the Arab region opens up new prospects for Azerbaijan,” Minister Jamalov noted.

Jamalov said the ministry will soon commission five new production units, one of which will for the first time manufacture ammunitions for tanks and artillery means in order to eliminate Azerbaijan’s dependence on foreign countries.

The officials of Azerbaijan and UAE had talks as part of the exhibition.