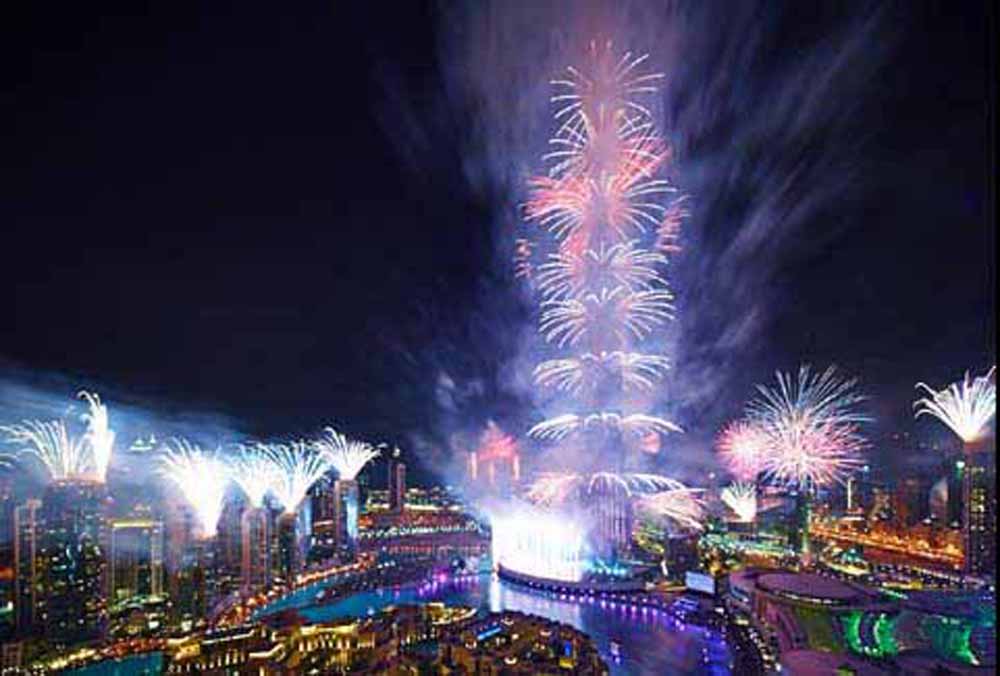 Covering an area of 32,467 square metres, the record-breaking LED display has an impressive 70,000 LED bulbs placed in position using over 100,000 brackets and linked seamlessly with 55,000 metres of cabling for the perfect visual display.

Visitors to Downtown Dubai can watch the spectacular projections till January 9 at regular intervals from 6.45pm to 11.45pm, with the colourful light effects on Burj Khalifa complementing the brilliant display at the Dubai Fountain.

Winning the ‘World’s Largest LED-Illuminated Facade’, the LED projection on Burj Khalifa complemented the fireworks and laser displays in one of the world’s brightest visual spectacles on New Year’s Eve.

In addition to fascinating Arabic motifs and ‘mashrabiya’ (oriel window) patterns. An oriel window is a form of bay window which projects from the main wall of a building, but does not reach the ground.

The LED display also features flags of Saudi Arabia, Qatar, Bahrain, Oman, and Kuwait, the other members of the Gulf Cooperation Council.