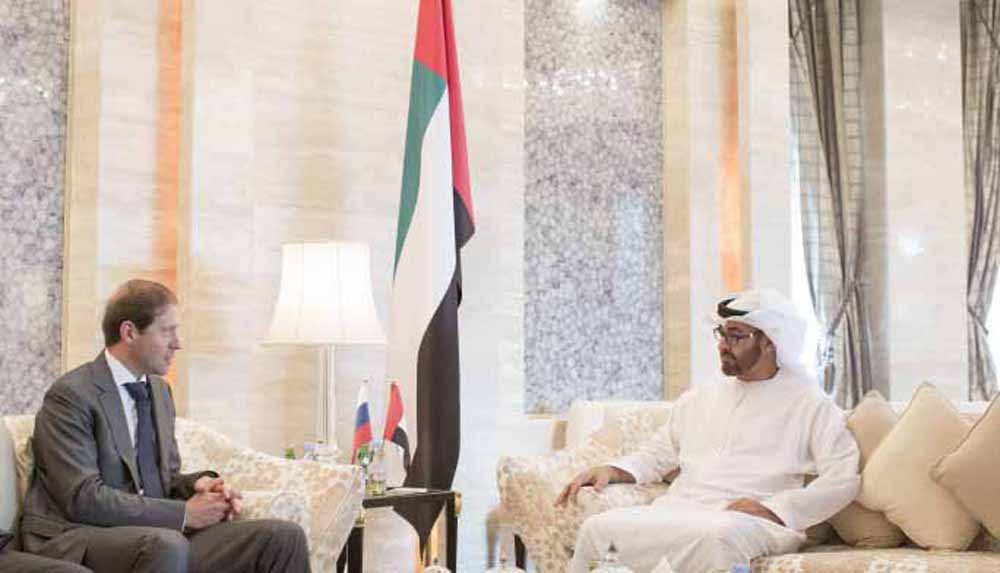 Of all the international delegations, Crown Prince of Abu Dhabi took the first chapter of Industry and Trade.

The meeting discussed a number of promising joint projects in civil industries in the field of military-technical cooperation and space industry, in which the parties can achieve results.

"Russia sees the UAE as a priority strategic business partner in the Middle East and intends to actively develop both trade and economic, and military-technical cooperation”, Denis Manturov said after the meeting. “The window of opportunity for increasing existing co-operation with the countries of the Gulf is one of Russia's priorities. "