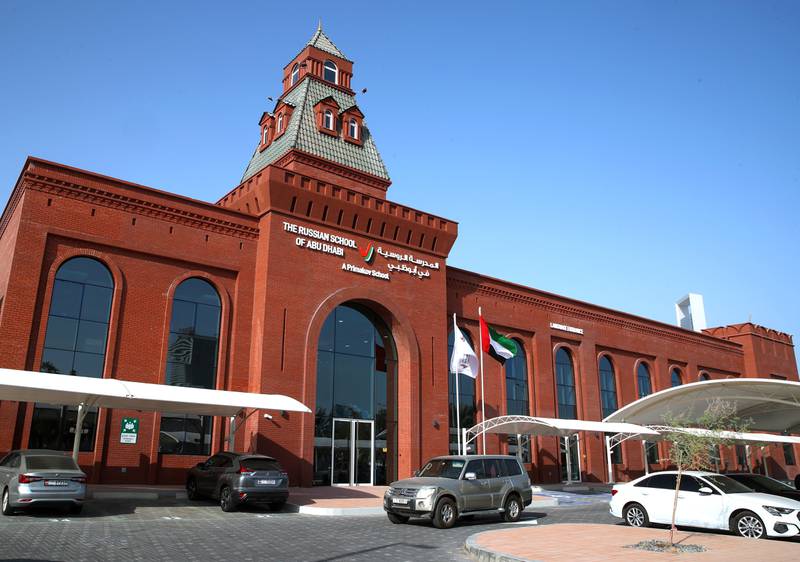 The Russian School of Abu Dhabi is operated by The Primakov school, which lies west of Moscow and is often named among the top educational institutions.

It opened with about 50 pupils this term and is continuing to enrol.

"There is great demand for the Russian curriculum because there are many people here from Russian-speaking countries and we are open to any nationality," – said its director Olesia Popenkova.

“We're expecting some other families joining us in September and next year we will get older grades, we will grow in number.

“This year, we have Russian as well as Emirati pupils. We also have pupils from Kazakhstan, Uzbekistan, Mongolia, Spain and many nationalities.

"We are really proud of the Russian curriculum and would like to show the best of it outside the country."

The launch comes as the Russian-speaking population in the Emirates grows. The only other Russian-language school is Russian International School, located in Dubai's Muhaisnah district since 1996.

The striking new red-brick building has a capacity for 500 pupils. The Russian educational system lays great emphasis on academic results and fundamentals, as well as discipline, said Ms Popenkova.

The curriculum uses a personalised approach to find every pupil’s talent and help them develop it, she said, and the school's pupils are known for their academic prowess, often participating in Olympiads.

“It’s one of the top schools (in the Moscow region), though it's rather young," said Ms. Popenkova of the parent school that has existed since 2017.

The school opened to the west of Moscow and its bilingual Russian and English education and wide range of extracurricular activities has been popular with parents. The school is known for its rigorous entry process and high standards.

The focus in its first year was to ensure pupil's Russian language abilities were up to speed as subjects such as mathematics, literature, science would all be taught in Russian.

The school has opened its doors for pupils in pre-kindergarten to grade five.