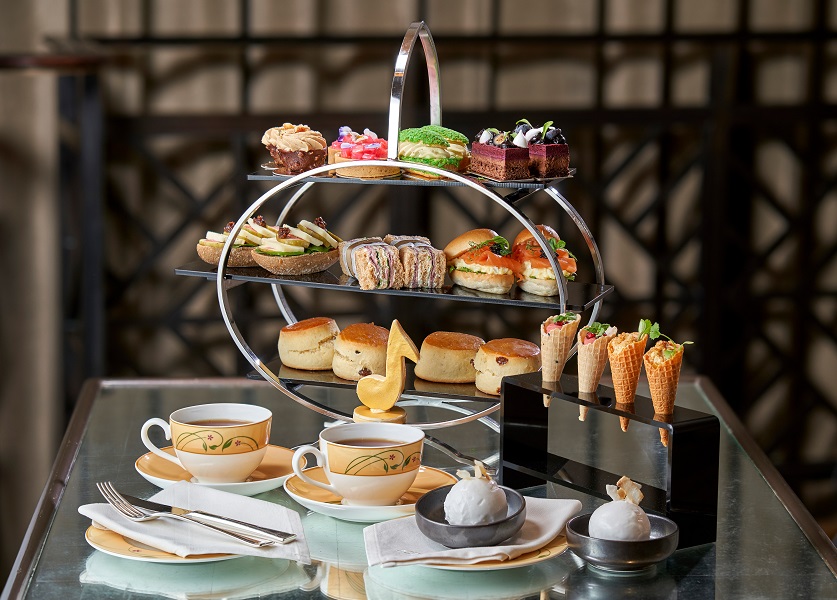 Jumeirah Carlton Tower has been crowned the best place to have afternoon tea in London, after competing in a live cook-off for the title.

Going up against 100 other hotels, the winner had to prepare their afternoon tea in 30 minutes and then serve it perfectly as if for a guest.

Their winning entry, the 'Symphony' afternoon tea, was inspired by the movements of a symphonic orchestra and from their resident harpist that serenades diners while they eat.

Judges sampled the contemporary twist on the classic, with smoked salmon and duck mayonnaise brioche treats that were served with traditional tea and champagne.

For the sweeter tooth, they served mini tiramisu with whipped coffee ganache and a Sicilian pistachio éclair with cranberry compote, followed by a delicate coconut and lemongrass sorbet to cleanse the palette.

"We put an enormous amount of work into perfecting our Symphony Afternoon Tea for the competition yesterday," said Simon Young, head chef at Jumeirah Carlton Tower. "I never doubted that the passion, dedication and ambition of my team would pay off somehow, but still am trying to process the fact that we won Afternoon Tea of the Year."

He also praised the hard work of his team members: "My head pastry chef Lyece has recently been promoted and I'm so pleased that his talent has been recognised in this way as it's so important to encourage young people in the industry who will ultimately be tomorrow's leaders."

Located just off Sloane Street, Jumeirah Carlton Tower is a luxurious haven in the heart of the capital. Symphony Afternoon Tea is served every day - available for £45 per person or £55 per person with a glass of champagne.