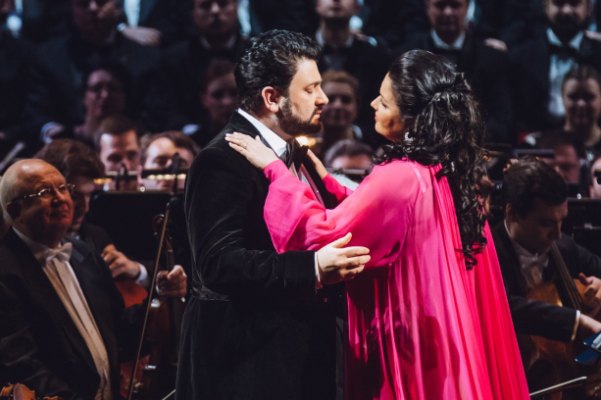 Berin Iglesias Art is very pleased to present a unique opera concert with soprano Anna Netrebko and tenor Yusif Eyvazov accompanied by the Würth Philharmonic Orchestra. On February 12, the mostcelebrated opera stars will perform at the vibrant cultural heart of Dubai - at Dubai Opera.

The reigning prima donna of the 21st century, Anna Netrebko has redefined what it means to be an opera star and has become the most acclaimed soprano in the world. In live performance and on awardwinning recordings, her portrayals of opera’s most iconic heroines have already made an indelible mark. Now, as she ventures into bolder, more dramatic repertoire, she continues to reach new heights. From singing at the opening ceremony of the 2014 Winter Olympics to becoming the first classical artist named to TIME magazine’s list of the world’s 100 most influential people, Anna Netrebko serves as opera’s leading global ambassador and is widely recognized as one of today’s most compelling, committed performing artists in any genre. 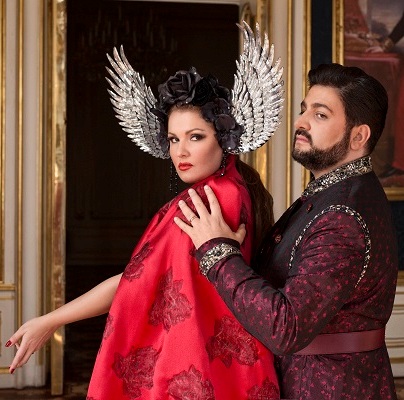 Together with the Azerbaijani dramatic tenor Yusif Eyvazov, they make a breathtaking partnership both on stage and in life. Born in Algeria, Eyvazov has mastered his artistry in Italy. His repertoire mostly consists of the roles from the Italian verismo: Andrea Chenier (Andrea Chenier), Mario Cavaradossi (Tosca), Calaf (Turandot), Manrico (Il trovatore), Alfredo (La traviata), Don Carlos, Des Grieux (Manon Lescaut), Rodolfo (La bohème), Maurizio (Adriana Lecouvreur), Macduff (Macbeth), Radames (Aida) and Canio (Pagliacci), Herman (The Queen of Spades). Critics call him “an exciting tenor whose pure human voice trained to do exceptional things reaches us in a way that no other sound does…”. His sound is lyrical, stentorian and markedly Italianate. Yusif Eyvazov’scelebrated appearances include the Metropolitan Opera, Teatro alla Scala, the Vienna State Opera, the National Opera of Paris, the Bolshoi

Theatre, the Mariinsky Theatre, Covent Garden and many others. In 2018 Eyvazov had been awarded the title of the People´s Artist of Azerbaijan. In the 17/18 season Yusif Eyvazov and Anna Netrebko had the release of new cross-over album “Romanza” for Deutsche Grammophon.

The Würth Philharmonic Orchestra is a young, bright and enthusiastic member of the German orchestral landscape. Established by the famous entrepreneur Reinhold Würth, the orchestra is now an integral part of the local and international cultural activities.

This unique evening at Dubai Opera will be filled with the magnificent arias of Verdi, Puccini, Rimsky-Korsakov and many others. The impeccable acoustic environment and breathtaking architecture will add to the magical experience of this highly anticipated concert.

Tickets will be available in the upcoming days on www.dubaiopera.com & in Virgin Megastores and Virgin online ticketing platform. The prices start from 395 AED. A special after-concert reception with Anna Netrebko and Yusif Eyvazov will be conducted for the limited number of tickets (Royal VIP tickets).