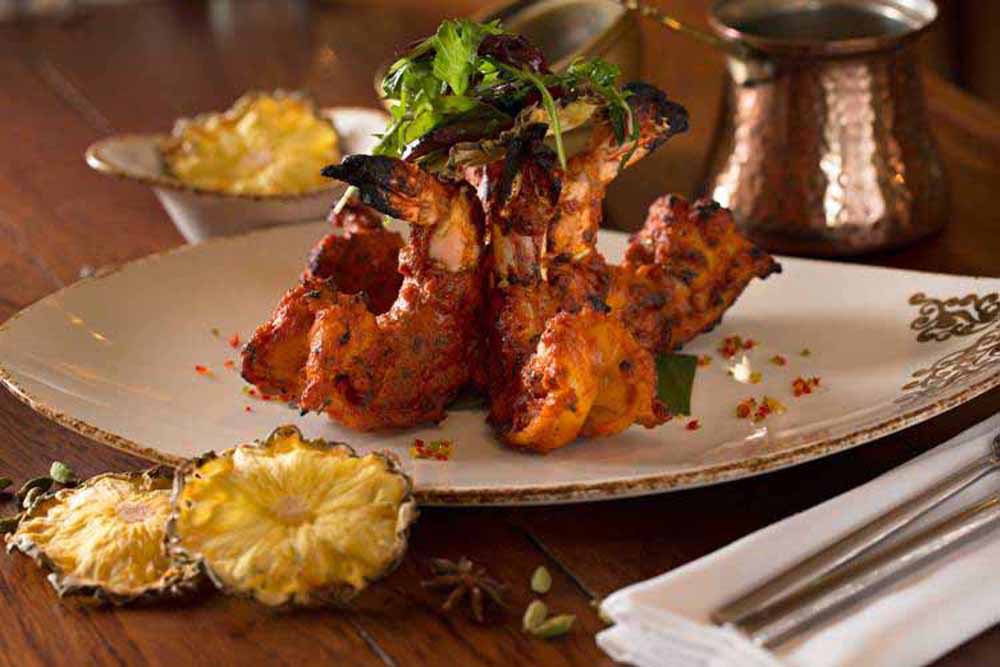 Internationally acclaimed Indian restaurant Asha’s, announced the launch of an inspirational new Coastal Menu. Join us at Asha’s, Wafi as we celebrate the vibrant spirit of the coast of India. From the Kerala chilli garlic prawns to Dakshin salmon tikka, Murg rasam curry to Nei chor, to name a few...a trip to the coast you would not want to miss.

The passion for cooking of the legendary Asha Bhosle is formed in early age “My early childhood was spent moving from one town to another with my father’s travelling theatre company. “The Company” had food together, with my father presiding at the head of the table. I enjoyed watching the joy on the diners’ faces as they savoured tasty delights. I suppose, this was my inculcation into the fine art of cooking.”

“Over the years, I attempted to learn the diversity in Indian food, which changes from region to region. India is the land of countless religions, cultures, languages, dialects and taste buds. The menu is inspired by the offerings of great chefs that I have met and I sincerely hope that you, your family and friends share in my family secrets and enjoy the recipes of my heart.” Added Asha Bhosle

Asha’s won diners over when it first opened in Dubai in 2002 and it continues to impress with its new, collaborated menu. Over the last decade, Asha’s has expanded across Europe and Middle east picking up several awards on the way, including ‘Best Indian Restaurant’ in the 2012 Timeout Dubai Awards and in the much coveted “Michelin Guide 2015”, a prestigious status that Asha’s in Birmingham has maintained every year since 2009 as well as being included in the ‘Top 50 Restaurants in the UK’ in the esteemed Hardens Restaurant Guide.

Asha’s aficionados will also be happy to learn that along with the exciting new venue that opened in December 2014 in Yas Mall, Abu Dhabi, Asha’s is about to open in Manchester in September 2015, a wonderful new design that will impress all who visit. With plans to open up 15 more outlets across the globe by 2018, reassuring them that the name Asha will continue to be music to their ears and food for their soul for years to come.