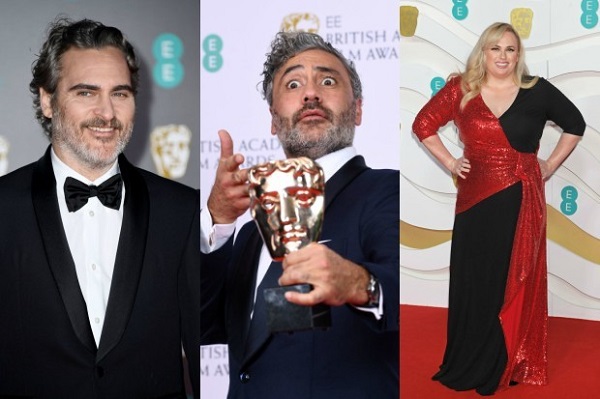 World War One film 1917 was the big winner at the Bafta Film Awards on Sunday, with seven prizes in total.

Joker won three awards including best actor for Joaquin Phoenix, while Renee Zellweger was named best actress for her portrayal of Judy Garland.

Phoenix took aim at "systemic racism" and "oppression" within the film industry in his acceptance speech.

His words, and those of the Duke of Cambridge later, came in the wake of a diversity row prompted by the all-white line-up of acting nominees.

There were no major upsets or surprise winners, with 1917 unarguably dominating the evening.

"I couldn't be more thrilled," director Sir Sam told BBC News backstage. "There's the personal delight in seeing a story very close to me and my family be developed and enlarged but the massive thing has been audiences going in large numbers.

Brad Pitt won best supporting actor for his role in Quentin Tarantino's Once Upon A Time In Hollywood and made a Brexit joke in a message read out by his co-star Margot Robbie. 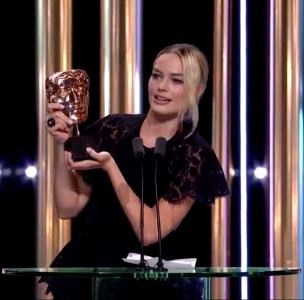 "Hey, Britain, hear you've become single - welcome to the club! Wishing you the best with the divorce settlement," the actress read.

She added: "He says he is going to name this Harry because he is really excited about bringing it back to the States with him. His words not mine."

Laura Dern was named best supporting actress for her performance as a divorce lawyer in Marriage Story.

"Thank you Bafta, thank you for including me in this room of extraordinary artists as we get to tell stories and do the job we love," she said.

It is the first time since 1977 that all four of the Bafta awards for acting have been won by Americans.

Accepting the leading actress award for her performance in Judy, Zellweger said: "This is very humbling. Miss Garland, London town, which you have always loved so much, still loves you back. This is for you."

Zellweger, Phoenix, Dern and Pitt have now won their acting categories at every major ceremony of awards season so far. In addition to their Baftas, they have won at the Golden Globes, the Screen Actors Guild Awards and Critics' Choice Awards. 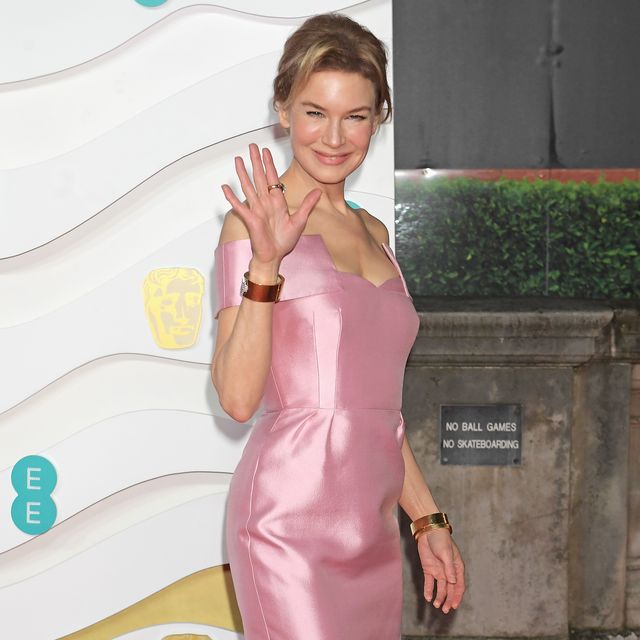 All four are highly likely to triumph at next weekend's Oscars.

Joker picked up best original score for its composer Hildur Gudnadottir and the inaugural casting award, which went to Shayna Markowitz.

"I feel very honoured and privileged... but I have to say that I also feel conflicted because so many of my fellow actors that are deserving don't have that same privilege," Phoenix said as he accepted his best actor award for the film.

"I think that we send a very clear message to people of colour that you're not welcome here, I think that's the message that we're sending to people that have contributed so much to our medium and our industry and in ways that we benefit from."

His comments follow a row about the lack of diversity among this year's Bafta nominations.

All 18 acting nominees were white, and no female directors were nominated for the seventh year in a row. 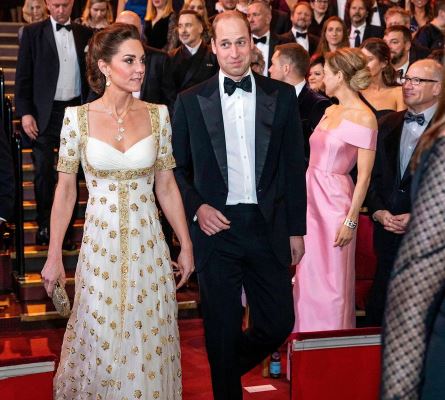 The Duke of Cambridge, who is the president of Bafta, also spoke at the ceremony about the need for change.

"In 2020, and not for the first time in the last few years, we find ourselves talking again about the need to do more to ensure diversity in the sector and in the awards process - that simply cannot be right in this day and age," he said.

"Bafta take this issue seriously, and following this year's nominations, have launched a full and thorough review of the entire awards process to build on their existing work and ensure that opportunities are available to everyone."

Bombshell, which tells the story of the 2016 sexual harassment scandal at Fox News picked up best hair and make-up.

Best short animation went to Granddad Was A Romantic, while best costume went to a new adaptation of Little Women, directed by Greta Gerwig.

"Blue Story, I wouldn't be here without the movie," he said. "To people watching at home, looking at me, life doesn't have to be this way, see the opportunities, see a vision."

For Sama, a film about a young mother's experience of the Syrian civil war, won best documentary.

Syrian filmmaker Waad Al-Kateab took her four-year-old daughter Sama, for whom the film was made, with her on to the stage.

She told the audience in London's Royal Albert Hall: "I wanted to dedicate it to the great Syrian people who are still suffering today and the nurses, doctors and volunteers, I dedicate it to them, let them hear your voice."

Andy Serkis was honoured with the outstanding British contribution to film award, presented to him by Sir Ian McKellen.

1917 might have walked off with the top prize - best film - but its success might not necessarily bode well for next week's Oscars.

For the past five years, the Bafta best film winner has not gone on to win best picture at the Academy Awards.

Bafta winners and nominees in most categories are voted for by 6,700 academy members, who are industry professionals and creatives around the world.