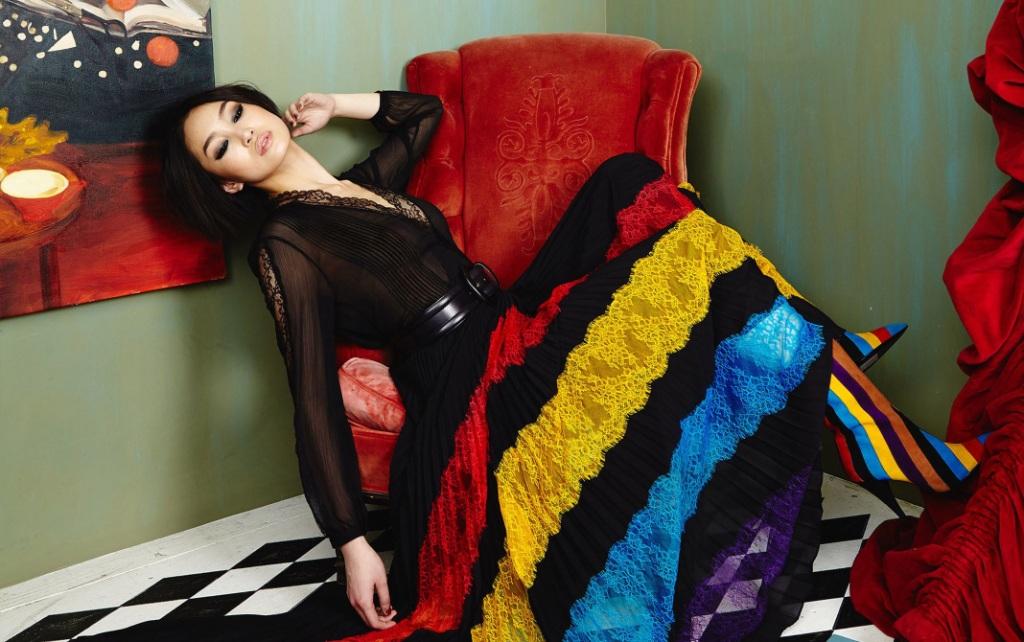 This season, clothes seem especially geared to garner attention: platforms, big puffy coats, and lots of purple. Nineteen-eighties-style glitz and excess fit perfect for a Bret Easton Ellis heroine — especially exaggerated shoulders — were in evidence, as was the 1990s-grunge penchant for layering a fancy evening gown over a simple turtleneck or T-shirt. Layering was a recurring theme: This fall, you can cozy up in military-style outerwear, throw on a tartan coat, try out a sweeping cape, or keep the chill at bay with an elevated version of the workaday puffer jacket. On the accessories front, we saw stacked heels that would give Marilyn Manson vertigo, impossibly tiny evening bags, and a punk take on Park Avenue pearls, which were turned into ear cuffs and knuckle-dusters, or embellished a humble pair of shower slides. See more for a primer on the season’s top trends.

While camping with a friend in 1970, Norma Kamali had a “eureka” moment on her chilly journey to the bathroom in the middle of the night. “When I wrapped my sleeping bag around me,” the designer recalls, “it was clear that this could be the warmest coat that you could ever have. It was from that experience that I was able to come up with the sleeping-bag coat,” which quickly became a fashion hit. “I think because it really doesn’t look like fashion that it’s sort of a thing that survived time beautifully,” she adds. “Anybody who got one and went through a cold winter was very, very grateful for having it.”

Most of the casualwear we now take for granted — T-shirts, khakis, trench coats — has its origins in military uniforms. That extends to outerwear as well. The classic peacoat began its life as part of the Dutch naval uniform (the name comes from pij, the Dutch word for wool). Its broad collar was originally intended to shield sailors from wind and rain. The M-65 field jacket, worn by Travis Bickle in Taxi Driver, was issued to soldiers in Vietnam beginning in 1965. And the bomber jacket, worn by everyone from Marlon Brando to James Dean to Ryan Gosling, began its life as part of the World War I fighter pilot’s uniform, meant to keep soldiers warm in the exposed cockpit.

In 1746, an act was passed banning the wearing of tartans in Scotland as an attempt to crack down on the country’s warrior clans. (The so-called Dress Act was repealed in 1782.) The pattern didn’t originate in Scotland: Traces of it have been found in Central Europe and China, and it didn’t come to Scotland until the late 1500s. Nowadays, Scottish clans can register their official tartans: There’s Queen Elizabeth II’s, which is the Royal Stewart tartan, and Burberry’s recognizable (and copyrighted) version. Alexander McQueen designed his own tartan for his fall 1995 show, called “Highland Rape”; the fabric expressed both ethnic pride and anger at what he considered the “rape” of his family’s homeland by the English.