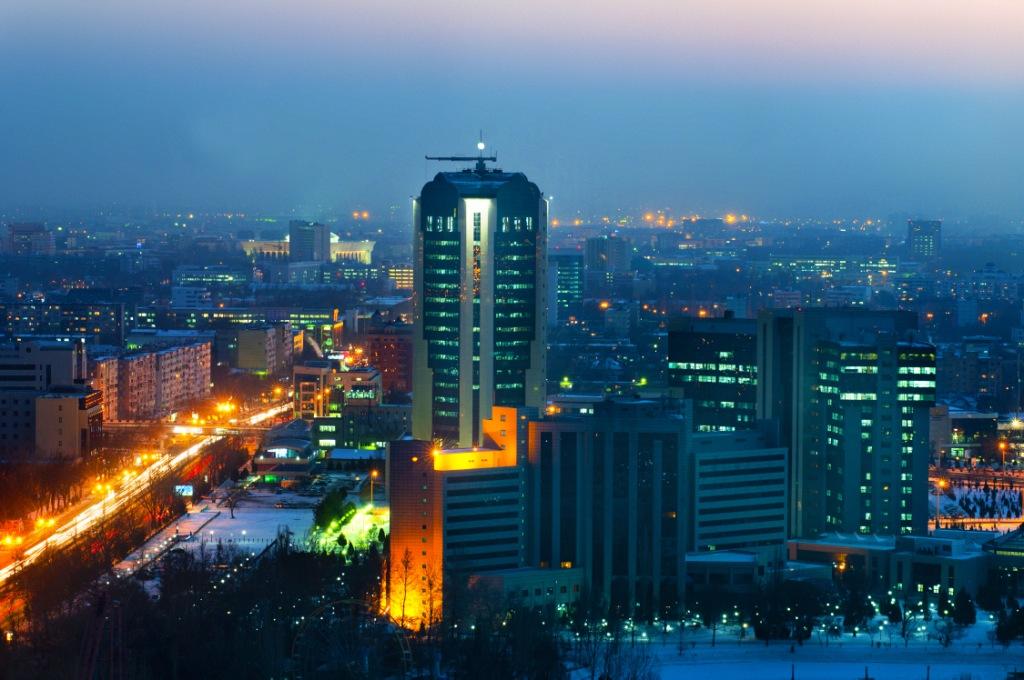 Implementation of five basic principles of transition to a socially-oriented free market economy during the years of independence has enabled the country to achieve desired results, provide sustainable economic growth and improve national welfare in a short historical period.

As a result of reforms, the structure of the economy was radically changed, a reliable legal framework for dynamic economic development and favourable investment climate were created.

This is supported by such macroeconomic indicators as annual Gross Domestic Product (GDP) growth of Uzbekistan exceeds 8% over the last 11 years, which is one of the highest rates in the world. The gross domestic product of the country increased by 7,8% in 2016. Generally, the GDP has increased by 5.5 times during the years of independence, while GDP per capita (PPP) has risen by 4 times. Since 2005, state budget execution reached annual surplus contributing to the strengthening of macroeconomic stability.

Based on deep analysis of trends in global economy and realistic assessment of our resources and capabilities, Uzbekistan had set a target by 2030 to increase GDP of the country by at least 2-fold. Due to drastic structural reforms the country intends to achieve accelerated growth of industry by bringing its share in GDP to 40% against 34% in 2016. Since 2005, Uzbekistan maintains a positive trade balance, government budget surplus and balance of payments.

From early days of independence, leadership of the Republic of Uzbekistan adopted a policy on attracting the most advanced technologies and foreign investments in the country. To this end, regular and systemic work is carried out to improve business environment and enhance the country’s investment attractiveness.

Favourable investment climate and stimulating measures, as well as guaranteed protection of the rights of investors, contributed to the increase in the volume of accumulated investments to $190 billion, including almost $70 billion of foreign investments. Only in 2016 the volume of attracted foreign capital has exceeded 3.7 billion US dollars. 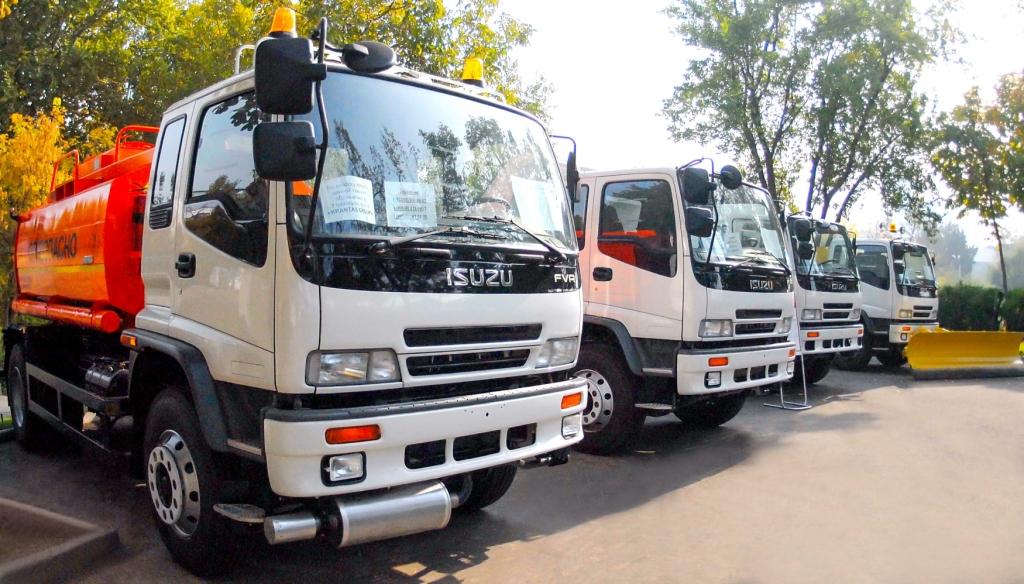 What attracts foreign investors to Uzbekistan?

First, an important advantage of our country is that Uzbekistan is one of the few countries in the world economy with absolute energy independence.

The country is among the top ten countries on reserves of oil and gas, coal and uranium. The electricity price is 4 times lower than the average price paid by industrial customers in developed countries.

Second, the country has the most diversified economy in Central Asia. Uzbekistan is the only Central Asian state producing a wide range of modern cars with General Motors, trucks with MAN, high-quality agricultural machinery from the mini-tractors to harvesters jointly with German CLAAS and LEMKEN, South Korean LS Mtron, the region's largest producer of chemical, textile, food, building materials, electronics and electrical engineering products.

Third, the presence of significant human and intellectual potential meets modern international standards of education. More than half of the population of our country is young people who take the mandatory 12-year education and receive in-depth knowledge of at least 2 modern professions, information technologies, and learn at least two foreign languages.

Uzbekistan created a number of branches of leading European, Asian and Russian universities, in particular the British Westminster University and Singapore Institute of Management and Development, Turin Polytechnic University, Inha University in Tashkent and others.

Fourth, the advantageous geographical location and proximity to major markets is another attractive factor of Uzbekistan for foreign investors. The country possesses the largest consumer market in the region with more than 32 million people. It is about half of the total population of Central Asia.

Free trade agreements on with 11 CIS countries provide duty-free importation of Uzbek producers’ goods to these markets. Uzbekistan also has agreements with 45 countries on providing Most Favored Nation treatment, which improves the competitiveness of Uzbek products on foreign markets.

Fifth, transport and communication sector and foreign trade cargo routes diversification are of primary importance for Uzbekistan, which is a land lock country.

Uzbek railways, whose international goods transportation share is 93% are playing special role in transport sector in Uzbekistan. Total developed railways length is 6 479.65 km, including operational length of 229.7 km, station tracks of 1 883.05 km. Railways average density in Uzbekistan is 13.5 km per 1000 sq. km. of country’s area. In the total cargo turnover by all types of transport modes the share of rail transport reaches 53.0% (excluding pipelines), and in passenger traffic – 3.8%.

123.1 km «Angren-Pap» railway line has completed the formation of a unified network of railways in Uzbekistan, creation of a new international transit railway corridor China-Central Asia to Europe.

The Uzbekistan Airways National Airline is the flag carrier of the Republic of Uzbekistan that meets the demand of the national economy and population for air transportation services (cargo, passenger and special aviation tasks). The airline regularly flies to over 40 cities of the world in Europe and Asia, the US and Japan. It has its representative offices in 25 countries of the world. Uzbekistan Airways’ fleet consists of Boeing 757 and 767, Airbus 320, and Airbus 300-600 cargo aircrafts.

Sixth, Implementation of structural transformation and diversification of the economy is supported by steady growth of banks' resource base, expansion of the share of long-term funding sources and increase of commercial banks role in these processes. If in 1990 loans exceeding three years constituted about 24% of the total loan portfolio, now their share is 80%.

Thanks to the sustainable growth of aggregated capital of the commercial banks in Uzbekistan and balanced management policy of assets portfolio, current capital adequacy ratio is ensured and three times higher than international standards of the Basel Committee on Banking Supervision.

For the fifth consecutive year, Moody's international rating agency assesses the prospects of the banking system of Uzbekistan as “stable”. Now, all commercial banks of the Republic are rated with a stable outlook from leading international rating companies, as Standard & Poor's, Moody's and Fitch Ratings.

Seventh, Uzbekistan Fund for Reconstruction and Development (UFRD), created in 2006, plays an important role in the implementation of modernization and effective investment policy in the Republic. Its assets reached $25 billion this year.

The active participation of the UFRD in implementation of new infrastructure projects has been served to attract more than $10 billion of foreign investment and loans in the form of co-financing from the World Bank, Asian Development Bank, Islamic Development Bank, financial institutions of Japan, South Korea, China and other foreign banks and investors.

Eights, Uzbekistan’s achievements and milestones are widely recognized by the world community. In particular, our country occupies the 5th place in the Fast Growing Economies ranking of the World Economic Forum. According to the “World Happiness Report” conducted by sociologists at the Columbia University (USA), with the assistance of the United Nations, Uzbekistan took 44th place out of 158 countries and the first place among the CIS countries.

Last October the World Bank published the rating of «Doing Business 2017», with the fact that Uzbekistan has risen to 16 positions from 2015 and ranked as 87th. According to the report, Uzbekistan improved its position in ranking on such criteria as property registration (75th place, +6 positions), protecting minority investors (70th place, +8 positions), paying taxes (138 place, +1) and trading across border (165th place, +1 position). 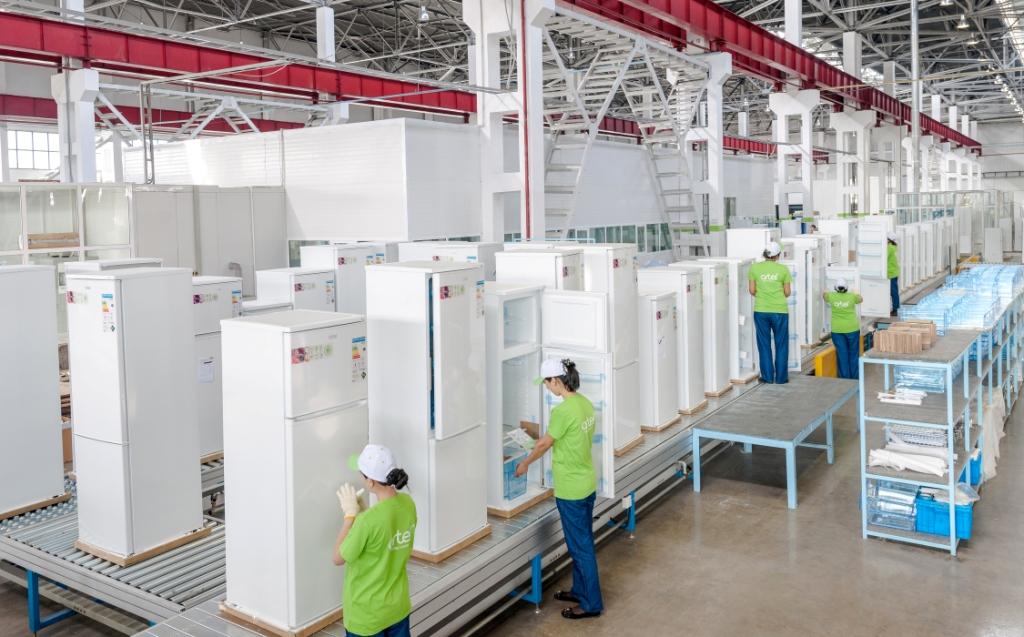 Uzbekistan is the first state in Central Asia, which established mass production of cars and buses in short period of time. Automobile construction is high-technological industry, which promotes growth of technical and organizational level of all economy of Uzbekistan.

The Joint Venture for production of automobiles originally was founded in 1996 between the Uzbek government and the South Korea-based Daewoo, and was initially known as Uz-DaewooAuto. Following the change of ownership of Daewoo to GM Daewoo, the facility was renamed GM Uzbekistan in 2008 to continue to produce Chevrolet branded vehicles.

Uzbek-made vehicles are exported to over ten countries. Over 250 dealers of Uzbek automobile industry presently operate abroad. Uzbek automobiles with modern design and high technical characteristics have won the trust of consumers and demonstrate the country’s economic potential worldwide.

Indorama Kokand Textile LLC (IKT) is a joint venture company established in July 2011 with a capital of $20 million, where Indorama has a 75 per cent stake, the National Bank for Foreign Economic Activity, a 25 per cent. The company was commissioned in Uzbekistan as part of Indorama’s strategy to establish its presence in the emerging economies of Central Asia and to expand its global spinning business. The company has a natural advantage of sourcing competitively priced raw cotton fibre from domestic sources and adding value for shipments to its global markets. The plant is set up on a land parcel of around 17 hectares.

In 2013 the second stage of Singapore's Indorama Industry’s textile production has become operational in the Ferghana region of Uzbekistan. After the second phase worth $31 million was commissioned, the cotton fibre processing enterprise's capacity increased by 5,000 tons to 15,000 tons. The project was financed through a direct investment worth $25 million by the Singapore-based company and by loans from foreign banks involved in project financing. Swiss company Rieter supplied equipment to the textile complex. The project implementation ensured increased capacity of processing cotton fibre up to 10,000 tons per year.

Nestlé Uzbekistan was established based on Namangan Milk Plant Nafosat on February 10, 2000. Nestlé believes in Uzbekistan’s huge long-term potential, that is why it continues with investments into the development of the local market.