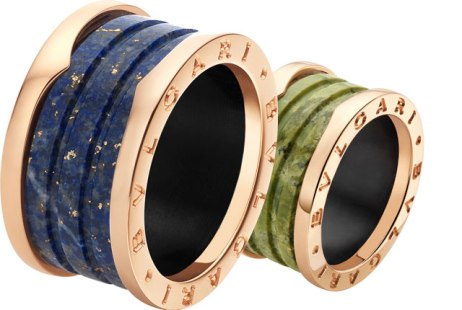 An unmistakable symbol of the design and style of Bulgari jewellery, the B.zero1 ring affirms its amazing spirit with the launch of an original version in which the famous spiral is paired with a new, precious protagonist: marble. A refined tribute to the classic roots of the brand for a jewel that, in its infinite variations, admirably reflects the essence of Bvlgari creativity, true to itself yet in continuous evolution.

In a recent private and exclusive gathering in Bvlgari boutique at The Dubai Mall, the new marble version is launched, thus complimenting the trendy and timeless character of B.zero1. The winning combination of classicism and creativity, which has always represented the stylistic heritage of the brand, is evoked through a material that is believed to best convey the expressive power of the artist since ancient times.

With the new B.zero1 ring, Bulgari creativity has translated the expressive potential of such a unique material into its style. A material that, over the centuries, has offered an eternal form and vitality to works     and timeless ideas.