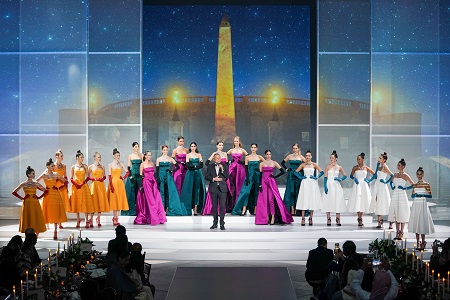 For one spectacular evening, Bvlgari brought together the magic of Roma and Abu Dhabi for the unveiling of the new High Jewellery Jannah Collection. More than two years in the making, the Jannah Collection is the first ever collaboration between the Italian jeweller and a member of the ruling United Arab Emirates Royal Family. The result is a touching tribute from Her Highness Sheikha Fatima bint Hazza bin Zayed Al Nahyan to her grandfather, Sheikh Zayed bin Sultan Al Nahyan, and her beloved grandmother, the Mother of the Nation, – in honour of their shared values. The opening of the Jannah Collection exhibition was inaugurated this morning with the official ribbon cutting ceremony lead by H.E. Sheikh Nahyan bin Mubarak Al Nahyan the Minister of Tolerance for the UAE, in support of Her Highness's vision for the future. 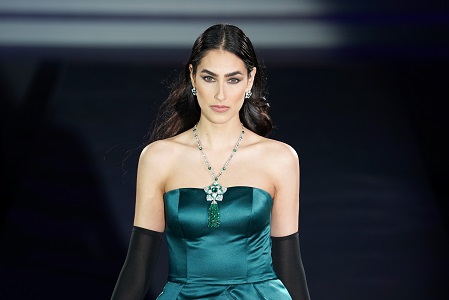 Set under the magnificent dome of Louvre Abu Dhabi, the Jannah Collection took to the stage illustrating the majestic of East meets West. In the true spirit of Bvlgari with its joy for life and daring spirt, the jewels born of Middle Eastern dreams were shown side-by-side with the High Jewellery creations inspired by la ‘Dolce Vita’; Bvlgari’s latest high end collection Cinemagia. 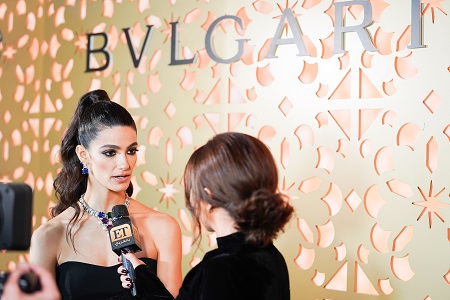 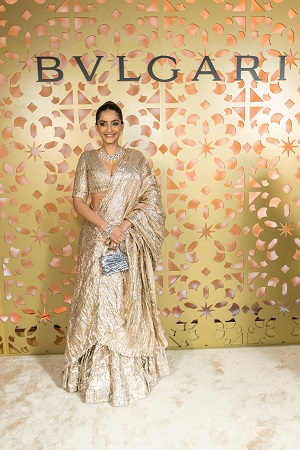 Sonam Kapoor, international actress and longtime friend of the brand, played a special role in telling the story of the fusion between eastern and western cultures as a strong, modern woman of the world. A special video dedicated to Jannah, A Five Petal Story was revealed with Kapoor embodying the figure of the Bvlgari woman across the historic backdrop of two ancient cities – Roma and Abu Dhabi. 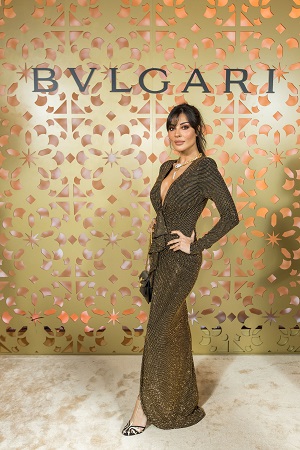 The magic was amplified by the surroundings of Louvre Abu Dhabi; beloved architectural icon designed by Pritzker Prize winning architect Jean Nouvel. The iconic dome which housed the event is made up of 7,850 unique stars; a staggering 180 meter diameter. Bvlgari’s CEO Jean-Christophe Babin welcomed local and international esteemed guests, celebrities, and media for an extraordinary evening.