A celebration of Dior's ceaseless imagination 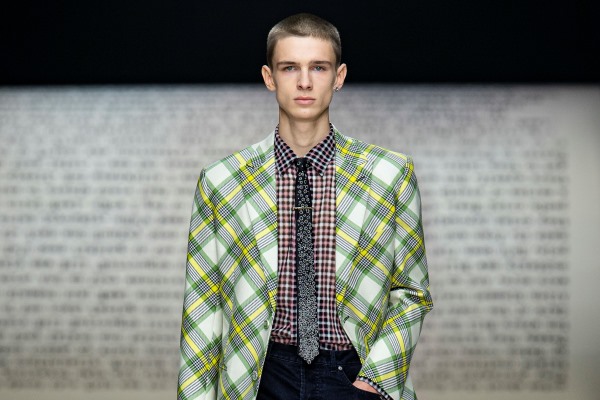 Kerouac’s second Novel, ‘On the Road’, is widely agreed to be the defining work of the beat generation. published in 1957, the year of Christian Dior’s passing, it marked a new era for his métier, just as Dior’s debut ten years earlier had, in turn, for his.

Monsieur Dior was a fervent traveler. He drew inspiration from different cultures, fresh perspectives, new looks. America has always been vital to that – a new world keyed to Dior’s fresh vision of post-war fashion. And Christian Dior adored the literary milieu: while he never crossed paths with Kerouac or the beats, their influence permeates the legacy of the house. 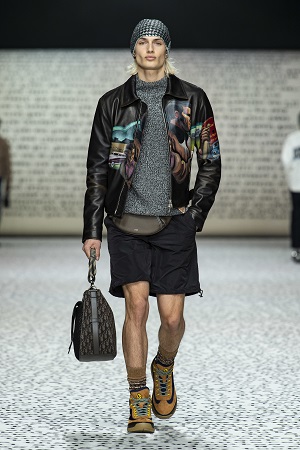 Yves Saint Laurent marked the advent of the 1960s with a beatnik-inspired collection that featured couture’s first leather jacket, named Chicago, after one of the key destinations in Kerouac’s extraordinary American road-trip.

From counterculture to couture, this collection merges the atelier and the road, fusing the finesse of a Parisian couture Maison with the modern, casual ease of mid-American sportswear. all roads lead back to Dior: mid-century collections by Yves Saint Laurent and Marc Bohan inspire checked tweeds, bias-cut into soft collegiate coats – a supple lightness added to Dior’s signature tailoring. Fair Isle knits are intricately embroidered with sequins, and cloqués are woven with the “CD Diamond” logo. Original foulards silks from the 1960s are rewoven, and the graphics of a series of Dior Carré scarves, adorn shirts and jackets. Illustrations from the first-edition book jackets of Kerouac works are hand-painted and printed onto silk and leather, translating literature through the language of couture. the collection is underpinned with vintage washed denim, the most American of fabrics, whose origin is nevertheless traced back to France, where it got its original name – serge de nîmes***. 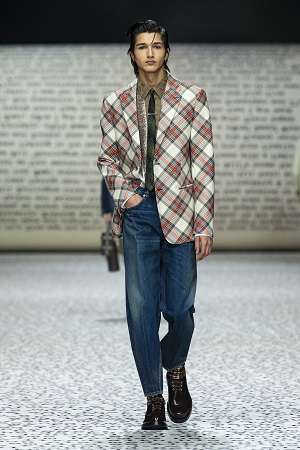 The collection introduces a marriage of the Dior heritage and couture technique with the technology of the future, inspired by the forward-thinking ethos that characterized mid-century America: technical silks and recycled nylons combine with embroideries and a gentle palette of pastels, punctuated with Dior gray, drawn from the house’s archives.

A sense of voyage is evoked through accessories, climbing cordons strung across the silhouette of the saddle bag, a careworn variation of the Dior oblique in khaki and indigo, and classic book-carriers engineered as iPhone cases. Underfoot, classic derbies, rope walking sandals, and a new Dior hiking boot is introduced, their couture heritage reflected through inlays of sequin-embroidered checks and exotic leathers that remain engineered for real life.

The first Dior Men’s show to be held in London, the Dior fall 2022 runway is precluded by a recreation of the library of rare first editions and documents held in jones’ own London home, curated by Sammy Jay, the literary specialist at rare book dealers Peter Harrington. The show unfurls as a story itself: the décor reinvents the legendary manuscript of on the road, a continuous 120-foot scroll. It is a fitting backdrop to a collection dedicated to Kerouac’s life and literature – and to the legacy of innovation shared by both himself and the house of Dior.