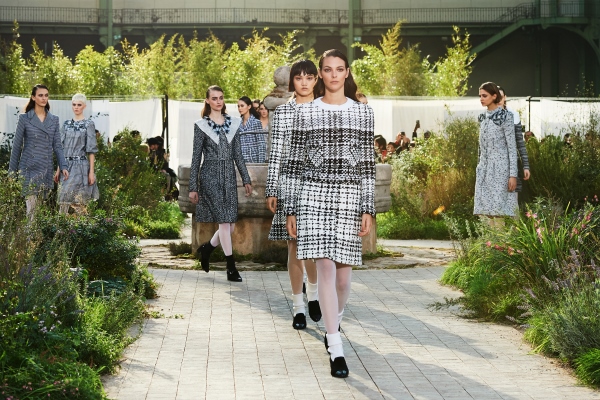 If the nave of the Grand Palais has metamorphosed in a cloister garden for the Spring-Summer 2020 Haute Couture show, it is to transport us to one of the key places in Gabrielle Chanel’s childhood. After the death of her mother in 1895, she and her sisters were sent by their father to the orphanage of the ancient Cistercian abbey of Aubazine, in Corrèze, to live alongside the other little boarding pupils.
It was in this timeless place hidden from the world, that the young Gabrielle was marked for life by images, a rigour, a purity, a whole aesthetic that would never leave her, imposing itself as one of her major sources of inspiration.
Everything in that abbey seems to have fascinated and shaped the imagination of the girl who one day would become Mademoiselle: from the paving of the corridor in the convent building, made of cobblestones that formed mosaics with the abbey’s coats-of-arms composed of the moon, the sun and the stars to the Cistercian stained glass windows whose abstract motifs could have inspired the interlacing of her own monogram. All the keys to a style were already there, marking the poetic mind of a child with their mystery. 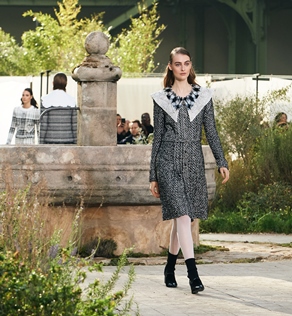 When Mademoiselle Chanel had La Pausa built, her house in the South of France, she asked the architect to identically replicate the banister of the great stone staircase at Aubazine that she would descend daily, as a child, on her way to the abbey.
Indeed it was during a visit to La Pausa that Virginie Viard noticed that the style of this house owed so much to the monastery where Gabrielle had lived, and wanted to visit Aubazine herself. “What I immediately liked was that the cloister garden was uncultivated. It was really sunny. The place made me think of the summer, a breeze fragranced with flowers. I wanted floral embroideries like an herbarium, delicate flowers. What interested me in this décor was the paradox between the sophistication of Haute Couture and the simplicity of this place.” 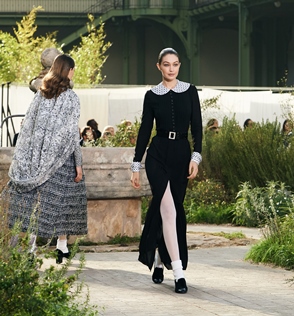 This paradox forms the very basis of CHANEL’s vocabulary: a paradox between the rigour of the suit and the refinement of the tweeds, between the masculine and the feminine, between black and white.

“I also liked the idea of the boarder, of the schoolgirl, the outfits worn by children long ago,” says Virginie Viard. The strict suits of the pupils rub shoulders with structured dresses of an ethereal finesse, all in tulle with layers of black and white transparency, occasionally enclosing embroidered flowers, or concluding in flounces ; the motifs in pastel sequinned scrolls on certain suits are reminiscent of the motifs on the stained glass windows and the floors that Gabrielle would see every day. 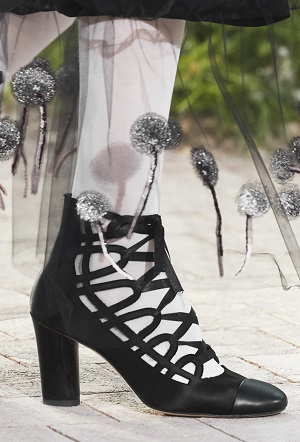 “Mademoiselle Chanel imposed the invisible: she imposed the nobility of silence on the furore of high society,” wrote Jean Cocteau. A silence that undoubtedly came from the cloister of the abbey at Aubazine with its wildflowers, its sheets drying in the sun scented with soap and cleanliness, its perfect geometry and serenity. “It’s a very touching place, very inspiring. I felt good there,” concludes Virginie Viard. 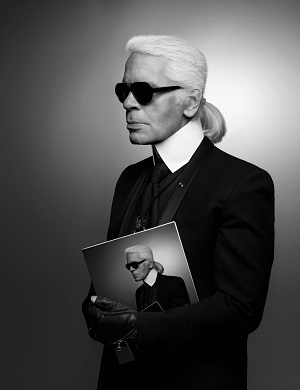