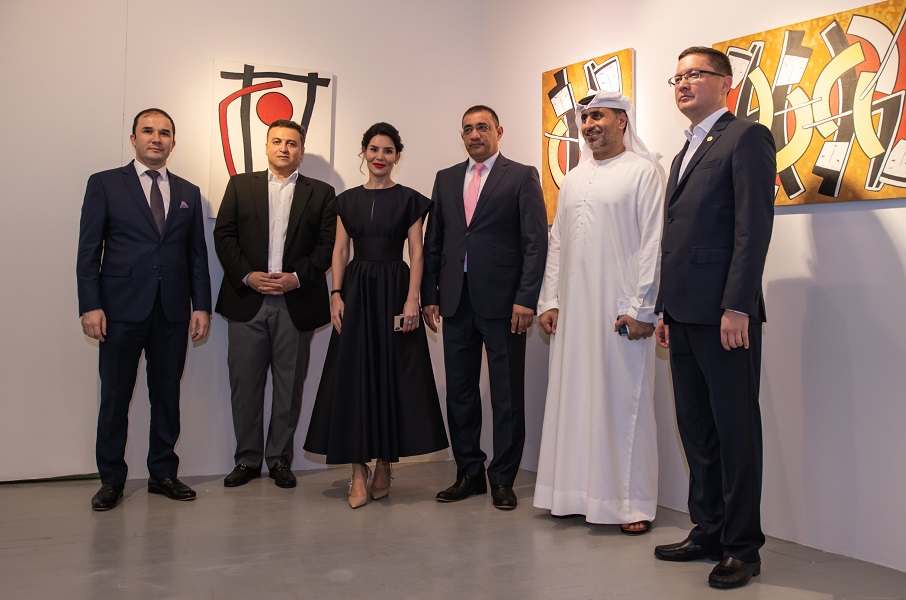 Andakulova Gallery is delighted to present the artworks of Nikolay Shin in its gallery space for its latest exhibition. The inaugural will be held on October 20, 2019 and the exhibition will continue till February 20, 2020.

Nikolay Shin’s artworks carry the themes of history, culture and his own experience. His paintings demonstrate the influence of Eastern ideography, a genetically inherited respect for artistic harmony, the calmness of Buddhism and a sense of belonging to the "Mediterranean" school of art. These features leap out of the artworks, marking the definite stamp of the artist.

Shin is an abstract artist in thought and a romantic in his inclinations. Due to its vivid imagery, his abstract paintings evoke a complex set of associations. His paintings are alive with symbols, colours, shapes and above all, richness of imagination. They are decorative and lean towards the monumental.

Over 20 years, Shin devotedly worked on two pictorial cycles - “The Legend of Love” and “Requiem: The Road of Memory”. Here, he presents various versions of the theme of the tragic collision of the individual with despotic power. “The Legend of Love” (a major work consisting of more than 100 works), in addition, reveals the elements of classical poetry of the East.

If artistic potential was all about turning traumatic experience into sublime visionary outcomes, ethnic Korean artists in Central Asia, especially those born in the late 1920s – Shin was one of them - would not be found lacking. Their lives were marked by traits that often romantically distinguish an artist's life, such as wandering, longing for home, alienation, suppression, poverty and hardship - although it was seldom their own decision.

Shin’s childhood was rendered difficult due to the passing of his father. He, with his sister, was moved to his grandmother’s place. In 1937, when only eight, he and his family were deported to Central Asia along with all other ethnic Koreans in the Russian Far East. They had to face deportation due to the vagaries of the Second World War, then rampaging with full force.

The Koreans were forcefully migrated and settled in unfamiliar, barren lands and were not allowed to speak their own language, nor travel outside Central Asia.

After deportation, his family stayed in Kazakh SSR for a few years before eventually settling in Tashkent, Uzbek SSR (now Uzbekistan) in 1940. About 200,000 ethnic Koreans are estimated to be living in Uzbekistan now. 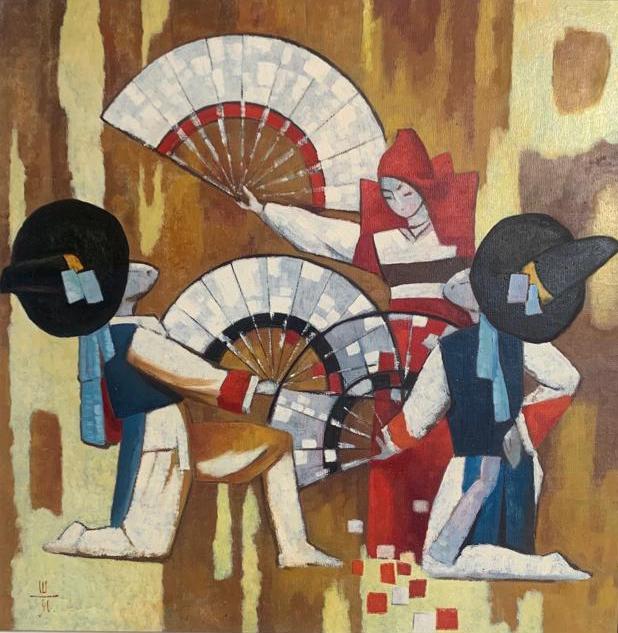 Nikolai Shin born in 1928 in Dalnegorsk, Primorsky Krai, of the former Soviet Union. He passed away on August 18, 2006, in Tashkent, Uzbekistan. He was an Uzbek painter of Korean descent.

His paintings mix elements of cubism and surrealism. Most of them are invariably focused on the painful history of ethnic Koreans in the erstwhile Soviet Union, with heavy colours, sometimes symbolic, sometimes dramatic panorama. His inclination for cubism and the horrors of displacement which he depicted, made Korean newspapers refer to him as the "Picasso of Asia".

In 1949, Shin graduated from Tashkent's Benkov Art School and began his career in painting, first receiving acclaim for his work in 1957, when he won the grand prize at the International Youth Festival in Moscow and the second prize in the Republican Festival of Young Artists of Uzbekistan.

In 1960, he graduated from Atropsky Art College, also in Tashkent. After graduation, he began work on his painting “Requiem”, which would take him until 1982 to complete. “Requiem” is painted on a canvas three metres tall and forty-four metres wide, in primary colours.

Shin began to become well known in the West with his solo exhibition in Moscow in 1990, and another in Tashkent in 1991. Eventually, his art attracted the attention of the Central Asian-American Enterprise Fund, who offered him financial support, enabling him to hold more exhibitions. His work was also recognised by the Korean government in 1997, when he was awarded with the Order of Culture Merit.

In 2001, Shin's life story was made into a documentary film, “Sky-Blue Hometown”, directed by Kim So-young. Kim stated that she was inspired to tell Shin's story after seeing “Requiem” displayed at the National Museum of Contemporary Art and reading articles in the domestic press about Koreans in Uzbekistan. 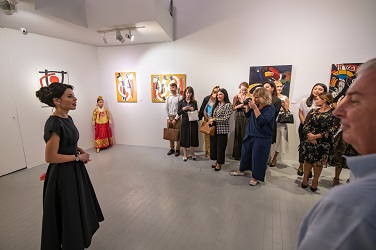 Andakulova Gallery, Dubai, is a contemporary art gallery whose objective is to promote Central Asia’s contemporary visual arts. It serves as a platform to exhibit and support emerging to mid- market contemporary artists from Kazakhstan, Kyrgyzstan, Tajikistan, Turkmenistan and Uzbekistan (or the ‘Stans’) across a variety of media. Founded by Natalya Andakulova, its higher goal is to cultivate a dialogue between Central Asia and the Middle East by re-introducing the art of the ‘Stans’ to the artistic hub of Dubai. It wants to build relationships between artists, writers, specialists and collectors.