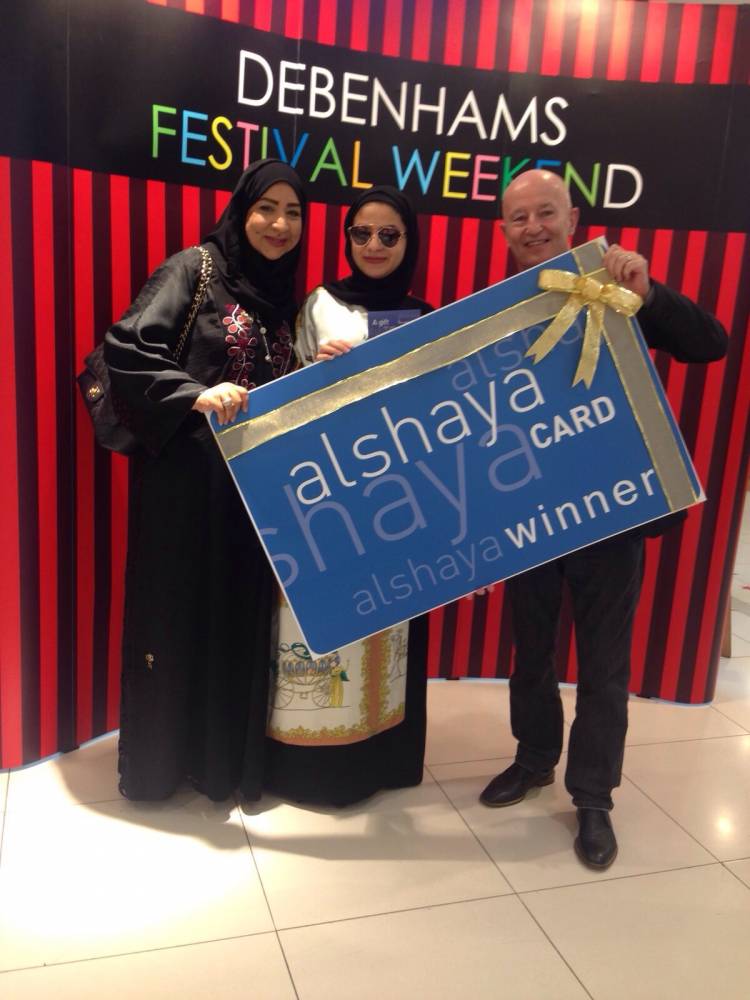 Debenhams’ customers fully embraced the carnival spirit during the weekend of November 26-28 to take advantage of the special offers and in-store attractions at the Debenhams Festival Weekend. The three-day shopping spectacular saw an array of one-day-only deals, including 50 per cent off all footwear, bed linen and kidswear. The festival finale took place on Sunday, November 29, where two lucky Debenhams customers – one drawn from Mall of the Emirates, Dubai and one drawn from Yas Mall, Abu Dhabi – were picked out of thousands of entries in a prize draw to win Alshaya gift cards loaded with AED100,000.

Keeping true to its promise of providing a fun-filled weekend for all the family, children excitedly queued to have their face painted, while being entertained by clowns, toy soldiers and even a royal guard – reflecting the very British roots of the Debenhams brand.

The ‘golden hanger’ promotion proved particularly popular with adults, with customers searching for hidden golden hangers throughout the store and instantly claiming their prize – which ranged from shopping vouchers to meals for two at Alshaya restaurants.

Generous discounts, special offers, live radio broadcasts, entertainers and a selection of refreshments provided by Pinkberry and Starbucks, ensured Debenhams Festival Weekend had all the essential ingredients for the perfect party atmosphere.