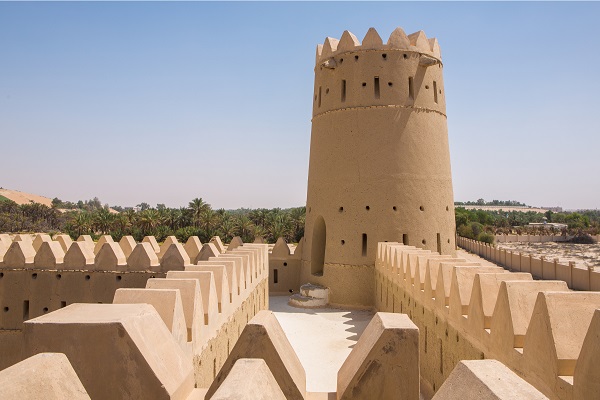 Led by DCT Abu Dhabi experts, participants in the workshop examined and discussed how the framework’s thematic approach can be used in the Middle East to identify significant modern heritage buildings and sites for protection.

Amel Chabbi, Conservation Section Head at DCT Abu Dhabi, said: “We were proud to partner with the esteemed Getty Conservation Institute to deliver this important workshop, which further builds capacities in conservation and protection for heritage professionals in the UAE and the region. Familiarising participants with the Twentieth-Century Historic Thematic Framework also highlighted and greatly supported our efforts to safeguard Abu Dhabi’s modern heritage, with participants discovering how its approach has been applied in Abu Dhabi and how it can be applied in the Middle East region. We look forward to implementing the key lessons which added to the skillsets of all involved, ensuring that these vital heritage places continue to be preserved for future generations to enjoy.”

Created as a tool to identify and contextualise heritage sites, the Twentieth-Century Historic Thematic Framework promotes broad thinking about the historical processes that shaped the world’s 20th century built environment, enabling debate and discussion to support the conservation of significant heritage places from that era.

Yasmeen Al Rashdi, Head of the Modern & Urban Heritage Conservation Unit at DCT Abu Dhabi, said: “Culture and heritage provide the distinct character and spirit of any region, country or community and create a deep sense of identity and belonging. Bringing together professionals, policymakers, academics, and representatives from heritage groups and organisations currently putting elements of the 20th century conservation programme into practice in the region, this workshop encouraged collaboration while expanding the knowledge and experience of participants, helping them to better protect our invaluable modern cultural legacy.”

As part of DCT Abu Dhabi’s ongoing partnership with the Getty Conservation Institute, an official Arabic translation of the Twentieth-Century Historic Thematic Framework will also be published and made available as an online technical resource.

Gail Ostergren, Historian and Research Specialist at GCI, said: “We were pleased to partner with DCT Abu Dhabi in delivering this workshop. Understanding and using a thematic approach will broaden and strengthen the task of identifying 20th century heritage places throughout the Middle East. The Twentieth-Century Historic Thematic Framework is designed to be used by heritage professionals anywhere in the world, who may adapt it to reflect their region’s history and use it as a tool to identify and protect their unique heritage.”

As part of its Modern Heritage Conservation Initiative, DCT Abu Dhabi identifies, safeguards, and maintains sites that narrate the country’s more recent past. This falls in line with the Cultural Heritage Law decreed in 2016 by the Emirate of Abu Dhabi, which declares modern heritage to be of equal importance to more ancient sites and buildings.