Dior Goes to the Circus for Haute Couture SS19 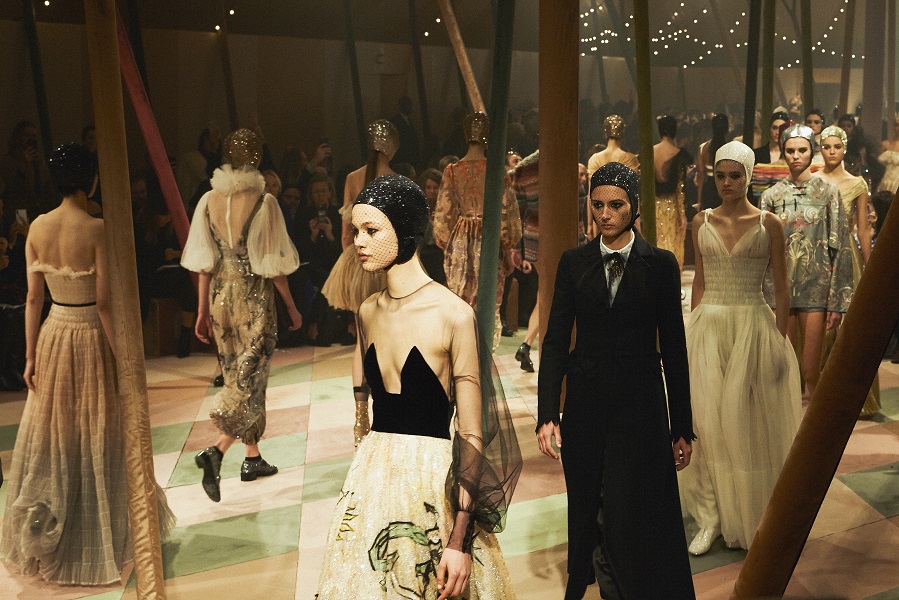 As per tradition, Dior and Maria Grazia Chiuri held the event in the gardens of the Rodin Museum, close to the Les Invalides monument. The showroom? A very chic circus tent, with light garlands and polychrome chequered floor – all erected by the Bureau Betak office.

Beyond the arts of the circus, it was the revolutions that Maria Grazia Chiuri was interested in: the ballet "Parade" created in 1917 by the Théâtre du Châtelet, the music of French composer Erik Satie, the words of poet Jean Cocteau and the controversial costumes by Pablo Picasso ... and also photographer Cindy Sherman's recent work revolving the clown. Think modern Pierrot collars, ringmaster jackets with gold frogging and black tailoring.