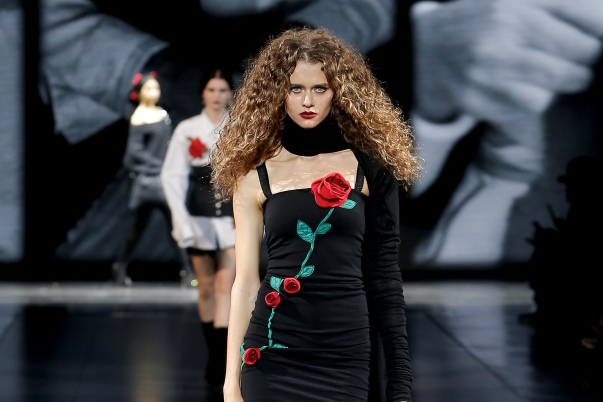 “Fatto A Mano” – it means made by hand. But it also means “that every human touch contributes to the creation of every garment”. And on this sunny Sunday in Milan, the Italian House’s savoir-faire was alive and well as show-goers had an exclusive look at the artisan’s mastery as they entered the venue. And so, the collection was a breath of fresh air that took our minds away from winter’s hardship. In the fashion industry, that meant turning any wintery staple piece into something that no fashion lover could ever resist.

Naturally, we saw a series of the House’s moniker see-through dresses with the sultry underlying garments but this season, we were all beautifully surprised to see how the power duo turned knitwear into “I want it now pieces”. 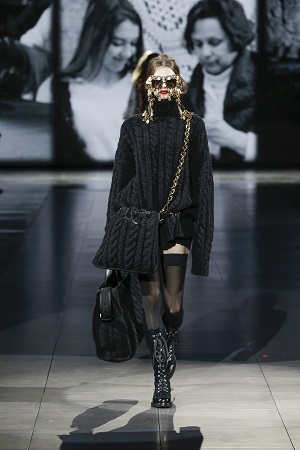 The numbers were cozy yet unbelievably chic, as we saw extra-large knits paired with matching shorts and scarves and of course XXL handbags to seal the deal. We also saw a new side of Dolce & Gabbana, perhaps a more androgynous one – what with all the models sashaying their way onto the runway in three-piece suits and boyish hats. Diversity? Might be so! 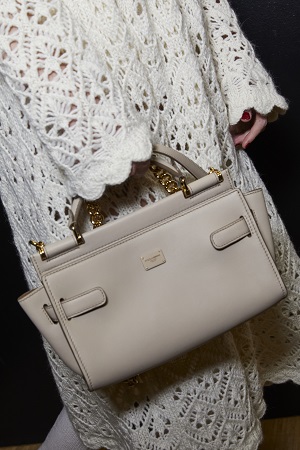 One way or another, Italian tradition is what Dolce and Gabbana are always celebrating, but this collection had a sweeter affect than usual for all its handcrafts. The designers described sending out their sketches to home knitters and crocheters all over Italy and being stunned by the finesse with which their designs were realized. Pointing to the curving waist and hips of a crochet bra and briefs, Dolce said, “It’s not like cutting fabric with scissors.” He continued: “This was a beautiful experiment for the whole company, these knitters were teaching us.” 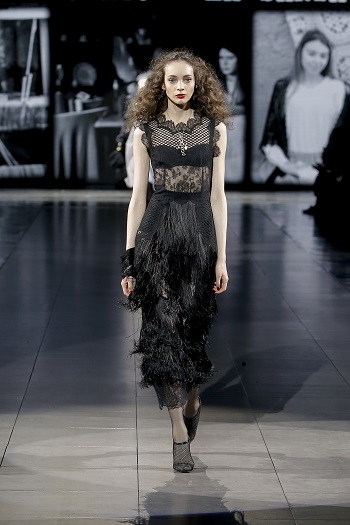 This embrace of artisanship is reverberating across fashion. It’s a reaction as much to our turbulent (dystopian?) times as to our tech addictions. “Obviously we love sexy,” Gabbana said, “but it felt too aggressive in this moment.

We wanted to take life in a more soft way, more intimate.” And so, bejeweled satin evening sandals shared the runway with hand-knit house slippers, and the easy-wearing house robe was reinterpreted in a myriad of ways: in crochet, in a lofty shearling lookalike that was actually a knit, and in an ultra-soft menswear alpaca whose oversized proportions were lifted from a circa-late-1980s Dolce & Gabbana menswear show. Those look like more innocent times, don’t they? 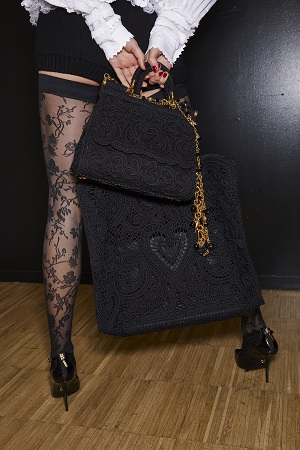 At 121 looks - and five Amy Winehouse songs - this collection was heavy on knits. The structured retort to all the softness was the menswear tailoring. Dolce and Gabbana are always keeping il sarto and la sarta busy; the difference this season was how boyish the tailoring was, a sensibility accentuated by the newsboy caps and ties that accompanied many of the looks. In the end, though, the push and pull of masculine and feminine tipped in the femme’s direction. Even still, thanks to its artisanal origins this was a surprisingly and refreshingly gentle Dolce & Gabbana collection. Credit to both of them for somehow intuiting that it was just what we needed.