Dubai Miracle Garden opens its door for a new season 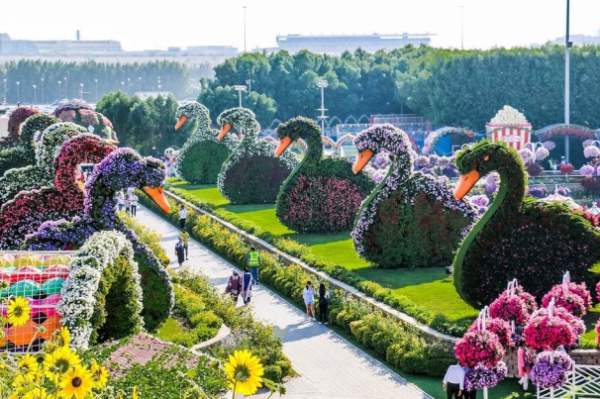 Dubai Miracle Garden has reopened its doors after being shut for seven months over the summer. And there are plenty of new 'Instagramable attractions' to see this year.

While a lot of you are excited to return to the beautiful attraction, take note as there has been an update on the ticket costs. Tickets per adult (over 12 years) now cost Dhs75. For children ages three to 12, the ticket price is now Dhs60 and under three go free. Don’t forget their Emirates ID or any other official document to show proof of age.

What’s new to the park?

There are some exciting additions including 3D installations, expansions of much-loved attractions and a new water feature. The renovations of the park also include beautiful floral tunnels, a floral compass and more.

The Smurfs Village has seen an update to help celebrate the kick-off of the much anticipated FIFA World Cup. The little blue creatures have been dressed in football jerseys and the village has been expanded following its success during Miracle Garden’s 10-year anniversary.

The floral tunnels, while they make for excellent photos, will also allow guests to relax and reflect as they soak in the natural beauty.

Other fan favourites will still be on display such as the iconic Emirates A380 – the world’s largest flower structure, the floating lady, the teddy bear and more.

In the past, Dubai Miracle Garden has rightfully earned Guinness World Records (three in total) for its beautiful displays. Its latest award was in 2019, when the park in collaboration with Disney celebrated the 90th anniversary of Mickey Mouse with an 18-metre floral Mickey Mouse statue. It was made up of almost 100,000 flowers and weighs close to 35 tonnes.