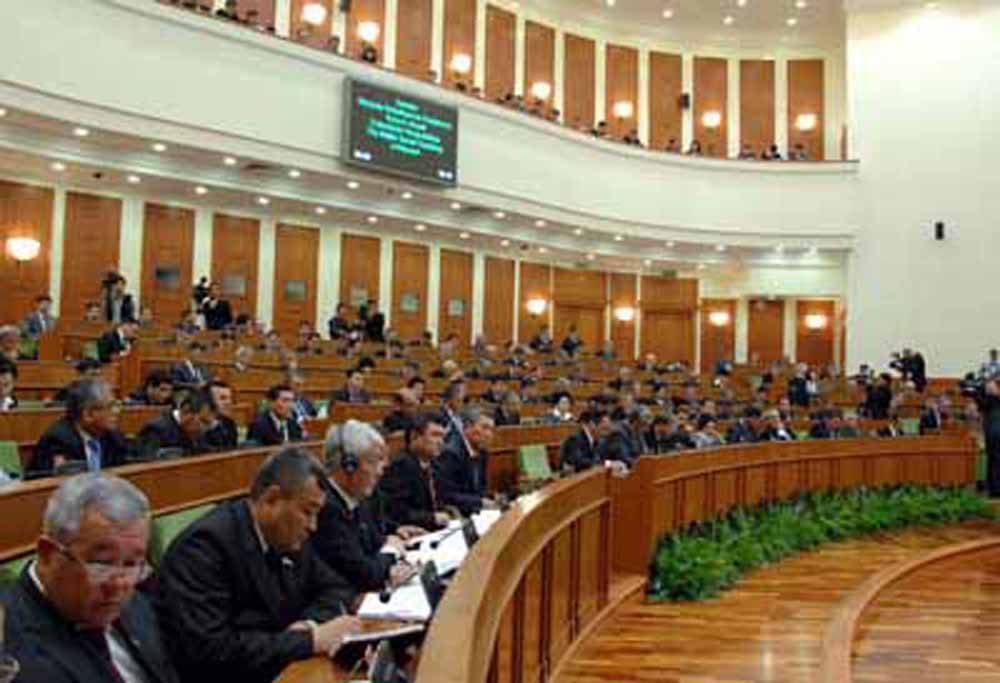 The event was organized by the chambers of the Oliy Majlis, the Institute for Monitoring of Current Legislation under the President of the Republic of Uzbekistan, the Institute for Strategic and Regional Studies, the Academy of Public Administration under the President of the Republic of Uzbekistan in cooperation with the Conrad Adenauer Foundation (Germany), the OSCE Project Coordinator in Uzbekistan, the UN Development Programme in Uzbekistan, the National Democratic Institute (USA), Shanghai Academy of Social Sciences (China), University of Nagoya (Japan) and Inha University (Korea).

It was noted that the country has carried out wide-ranging reforms to build a democratic state, the formation of an open civil society. In particular, based on the constitutional principle of separation of powers carried out democratic reforms aimed at increasing the role of Parliament and the improvement of its operations, and to strengthen the powers of the legislative and control functions of representative government in the center and on the ground. Its adopted more than 20 laws that form the legal basis for the implementation of effective and efficient parliamentary control of the country.

A powerful impetus to further improve the efficiency of the parliament, representative bodies, including their supervisory powers, making the concept of further deepening democratic reforms and formation of civil society in the country. On its basis in a number of articles of the Constitution amended and supplemented. So, the parliament have the right to hear and discuss reports of the Prime Minister of the Republic of Uzbekistan on topical issues of socio-economic development of the country. As a result of the measures contribute to increasing the efficiency of implementation of socio-economic development of regions, provide more comprehensive of rights and legitimate interests of the population, fair resolution of local problems.

The Uzbekistan leader said at a joint session of the Legislative Chamber and Senate of Oliy Majlis of Uzbekistan January 23, 2015, in the context of constitutional reforms on a new basis must be built chambers of the Oliy Majlis primarily factions of political parties on the implementation of parliamentary control over the activity of state bodies, unconditional the execution of laws, the most important state programs of socio-economic, socio-political development.

This was fully discussed at the international conference, during which the participants discussed the study of foreign experience in this area, implementation of parliamentary control, the forms and mechanisms of its implementation. Foreign experts were informed about the growing role of the Parliament and the political parties in the state and public construction.

The participants stressed that one of the most important tasks of the Oliy Majlis of the parliamentary control is an effective mechanism of functioning of the system of checks and balances between branches of government.

The conference also discussed the further improvement of the legislative framework of parliamentary control in Uzbekistan. On this basis, I have been deeply analyzed the national and international experience in this field.

The conference also discussed the further improvement of the legislative framework of parliamentary control in Uzbekistan. On this basis, its have been deeply analyzed the national and international experience in this field.

Speaking at the conference, members of the parliament noted that today before the representative bodies of state power is the task of further strengthening of the control activities. In particular, on the basis of the parliamentary foreign experience is useful to introduce into national legislation, and other effective forms of parliamentary control. This will not only enhance the role of Parliament, factions of political parties, but also the responsibility of public authorities, as well as officials.

The conference stressed that a draft Law "On the parliamentary control" is important to further improve the efficiency of monitoring activities of the Oliy Majlis.

Also noting the significant role of the media in covering the activities of the parliament. Uzbekistan has a direction of parliamentary journalism, widely covered by the control and analytical activity of the Oliy Majlis.

During an international conference held exchange of views and make appropriate suggestions and recommendations.