The elegant face of Time… 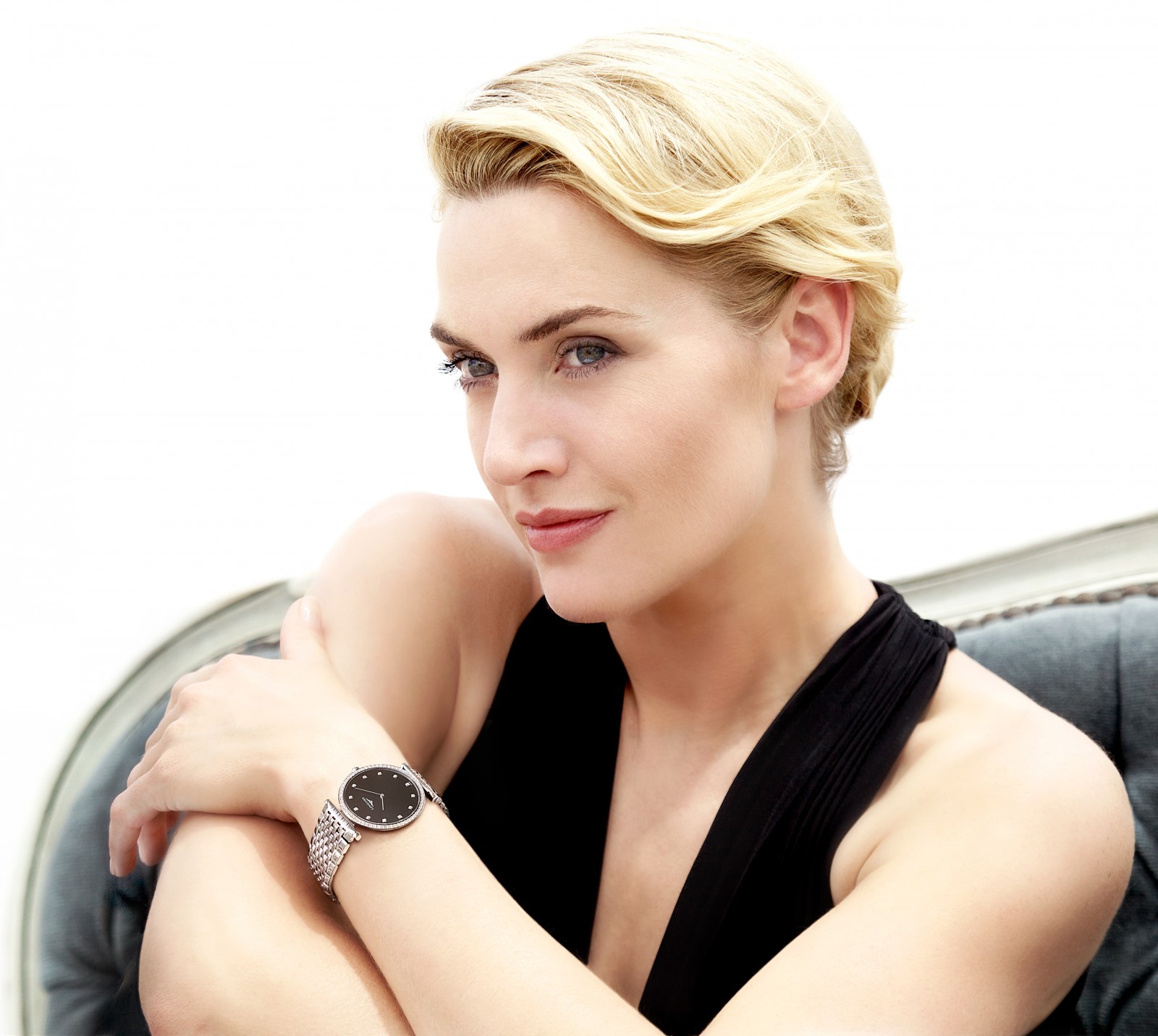 Rolex calls the Sea-Dweller Deepsea (here with the D-Blue dial) it’s most over-engineered divers watch, featuring the patented Ringlock System, a lightweight, yet nearly indestructible, nitrogen-alloyed internal frame. It is capable of withstanding more than three tons of force and will dive successfully to depths of 3,900 meters, or 12,800 feet. Rolex’s own Ringlock System allows the case to withstand water pressure equivalent to a weight of some three tons on the massive 5mm thick crystal. The case’s so-called superalloy (904L) is extremely resistant as it’s usually used in the high technology, aerospace and chemical industries where maximum resistance to corrosion is essential.

Recalling the voluptuous Italian screen divas of the Dolce Vita scene, Bulgari's 37mm white gold Retrograde Jumping Hour Lapis Lazuli watch features a heavenly blue lapis lazuli dial with brilliant-cut diamond hour-markers. It is set with 72 brilliant-cut diamonds and has a white gold crown set with a sapphire cabochon.  It displays time uniquely: the automatic mechanical movement combines a jumping hour display at 6 o’clock, and a retrograde minutes hand sweeps across the celestial canopy, skipping back to zero when the hour changes.

Demonstrating its rich British history and quality Swiss craftsmanship, Arnold & Son unveils the beautiful 43mm stainless-steel Eight-Day Royal Navy, a testament to its tradition of building marine chronometers. It is powered by the A&S1016 calibre offering an eight-day power reserve movement, and it is part of the sophisticated Royal Collection that took its inspiration from the timepieces commissioned by King George III. It is available in a choice of three guilloché dials in different colours: silver grey, black anthracite or the shade of royal blue.

Dewitt’s Golden Afternoon, Japanese Spring, well-known for its floral dial in mother-of-pearl marquetry, features a delicate design of butterflies and flowers, formed of powdered diamond, pearl, platinum, gold, lapis lazuli, agate and other gemstones.  The blue and violet tinted dial adorns a white-gold case set with round diamonds and enhanced with a shiny blue alligator wristband. The hour and minute hands are shaped like finely sculpted angel wings, and the seconds hand is adorned with a small flame.

Celebrating the historic expertise of Jaquet Droz for nearly three centuries, the 35mm or 39mm Petite Heure Minute Thousand Year Lights is a decorative masterpiece celebrating the beauty of flowers…and women. Its off-center subdial at 12 o'clock revives the legendary essence of the brand as well as the richness of the Age of Enlightenment. It also frees up space on the dial for the expression of artistic crafts such as enameling and miniature painting, by way of dazzling settings and astonishingly realistic sculpting and engraving. It is available in five versions, each limited to 28 pieces, in generous red or white gold cases, set with diamonds or without and has a 68-hour power reserve.

It was inspired by the "Najeon Chilgi" method, which involves mother-of-pearl encrusted lacquer. Its golden age was during the Korean Goryeo dynasty (10th-14th centuries), when aristocratic ladies would order sumptuous jewelry boxes requiring months of work.

A definite red carpet timepiece for the season is Harry Winston's Twist Automatic fashioned in platinum and simply shimmering with diamonds and rubies in graded cuts ranging from round to pear to square. It features a round 36mm case powered by a self-winding automatic movement offering hours and minutes functions and has 30m water resistance.

Perrelet's 36.5mm Diamond Flower Amytis is an ode to femininity’s mood magic. It features a beautiful flower on its signature, dial-side rotating weight which takes the form of petals in rhodium-plated steel, diamonds and mother-of-pearl on a mother-of-pearl dial with blue accents and Roman numerals and blue hands and houses the mechanical Calibre P-181-H movement.

Richard Mille presents a high luxury masterpiece with its 33mm RM 07-02 Pink Lady Sapphire watch crafted almost entirely from synthetic pink sapphire crystal. It was inspired by a 1930’s cocktail by the same name encouraging women to the largely chauvinistic club scene of those times. Taking an astonishing 40 days to create one case it is powered by the Calibre CRMA5, a skeletonised, self-winding, two-handed haute joaillerie movement with a 50-hour power reserve.

Dream away says Van Cleef & Arpels exquisite Lady Arpels Jour Nuit watch, part of its Poetic Complications series, which marks its tenth anniversary in 2016. It is inspired by the High Jewellery Fee Odine brooch created in 2005 relating the tale of a water nymph sitting on a lily pad in a pool. Thanks to the dial’s revolving disc which completes one complete rotation every 24 hours, the scene is illuminated in the day by a sun and a moon in the night. The combined effort of several arts such as gem-setting, champlevé enamel, miniature painting and pique-a-jour enamel it is set with diamonds, Tsavorite garnets, pink sapphires and spessartite garnets.

Saxony watchmaker A Lange & Sohne's 41mm platinum Grand Lange 1 Moon Phase Lumen 1 combines two complications from the Grand Lange collection: a luminous big date and a moon-phase display and has a disc made of glass. It houses the in-house elaborately finished L095.4 calibre and has a power reserve of 72 hours. Its dial is made of blackened silver and black tinted, semi-transparent sapphire-crystal glass and comes in just 200 numbers.

Inspired by the fabled easygoing Italian lifestyle Longines Dolce Vita in 2016 has new variations in two-tone interpretations. The steel versions feature a steel and pink gold bracelet with a solid pink gold crown, while the winged hourglass, the famous logo of the brand established in the Swiss Jura in 1832, is also clothed in pink gold. With its beautifully balanced proportions available in four different sizes, either diamond-set or non-set, and its three different dials, this watch is a must for your wrist.

Omega’s highly sporty Seamaster Planet Ocean 600M stainless steel 43.5mm Master Chronometer in Black and Orange. The high-performance dive watch boasts 600m water resistance and helium escape valve. Its case also comes in titanium with grey bezel and titanium dial. It has a new bezel insert in black and polished ceramic and its numerals are engraved and filled with LiquidMetal process. And there’s a second insert for the 15-minute dive scale in orange made of rubber. The ceramic dial has applied indexes and large arrow hands and it features a date at 3. It is powered by the Master Chronometer Calibre 8900, offering 60 hours power reserve with co-axial escapement, antimagnetic properties (resistant to 15,000 gauss) entirely produced in-house, certified chronometer by METAS and 4 years warranty.

Patek Philippe's Grand Master Chime – reference 5175 – the most complicated watch ever made by the renowned brand, was presented in October 2014 marking its 175th anniversary and only 7 pieces were made. Its calibre had over 1,500 individual components. This year, it returns as the Ref. 6300G-001 with lesser ornate engraving and a new case material of white gold. It features 20 complications, among them five chiming functions, and a double-face case with a patented reversing mechanism which can be activated by an ingenious mechanism between the lugs. The double-face watch can be worn with either dial facing up: displaying the time and the sonnerie on one side and the full instantaneous perpetual calendar on the other.

Debuting on the Autumn/Winter 16 menswear catwalk, the V-Race Diver is the latest style from Artistic Director Donatella Versace in a XL size steel case. Luminescent hands and indexes ensures maximum readability, while the steel bracelet, the unidirectional rotating top ring and the knurled bezel give it an uncompromising look with the logo displayed on the aluminium top ring and the 3D Medusa on the dial. It is available in four colours: black, blue, steel and steel/IP gold.

Breguet unfurls its stunning 50mm Double Tourbillon 5349, a classique “Grande Complication” wristwatch in platinum, featuring twin rotating tourbillions affixed by a bridge to a centre plate completing a rotation in 12 hours. It enshrines a manually engraved hand-wound movement. Bezel, lugs and caseband are paved with 107 baguette-cut diamonds, and it has a silvered gold chapter ring and centre plate paved with 310 diamonds and has a sapphire caseback.

Cvstos unveils the Sea-Liner Regata in tribute of yacht racing. The elapsing time is read on a three- dimensional skeleton dial. At 12 o’clock, is the countdown indicator shaped as sail’s pulleys. In 3 colours, it is defining a cycle of five minutes per area, preceding the start of the Regatta. At 3 o’clock is the power reserve indicator and the date window. The second chronograph linear hand at the centre, tinged with red, indicates the last 5 seconds remaining until the “spi” (mainsail) is lowered before the gun fire is starting the regatta. It is powered by the automatic calibre Cvstos CVS 577.

Jaeger-LeCoultre has released the very special platinum Reverso Tribute Gyrotourbillon   in just 75-pieces, 30% trimmer in both width and thickness. It is driven by the manually-wound Calibre 179, entirely developed and produced in the Manufacture, revealing an all-new Gyrotourbillon®. This and the dual-time display stand out against the intricate downstrokes and upstrokes of the openworked movement. This side also has a day/night indicator in 24-hour mode at 2 o’clock as well as a small seconds hand driven by the tourbillon. The two carriages of this bi-axial flying tourbillon perform an external rotation in one minute and an internal rotation in 12.6 seconds.

Greubel Forsey’s Art Piece 2 Edition 1 will grab your attention for its ‘stamped and stenciled’ good looks alone. Housed in the case, an optical instrument allows the viewer to see a nano-engraved sketch of the Double Tourbillon 30º mechanism, the brand’s first invention, engraved by a secret process on a sapphire tablet. To obtain an indication of the hours and minutes, activate a pusher that controls a bistable shutter mechanism.

The astonishing series of Art Pieces was initiated in 2009. The Art Piece 1, co-created with Willard Wigan, included a micro-sculpture by the legendary British artist that could be viewed through a miniaturised “microscope”,

Marine enthusiasts will be thrilled to see the sail-ship inspired dial of the fascinating mechanical 44mm white gold Ulysse Nardin Grand Deck Marine Tourbillon. A series of nano-wires, stronger than steel and made of Dyneema a polyethylene fiber, pull a retrograde minute hand, which acts like a ship’s boom. It moves along a translucent blue arc minute counter.  Hours are indicated via a double-disc "big" jumping hour display. The in-house made caliber UN-630 movement has a quick-set system for the hour indicator and it also has a 60-minute flying tourbillion. Water resistant to 100m it comes in just 18 pieces.