A famous Russian rapper Basta to perform in Dubai 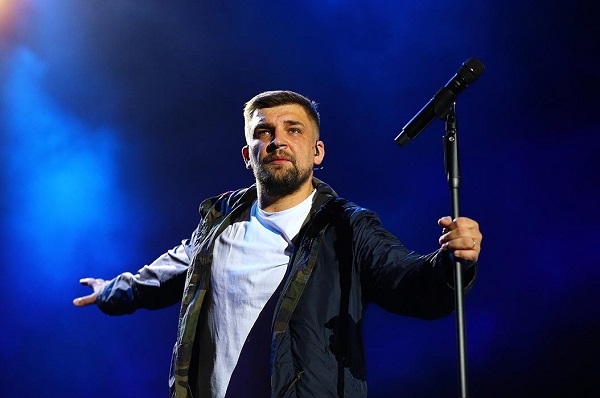 With countless music awards under his belt, record-breaking albums and a clutch of new tracks Basta, also known as Vasilii Vakulenko, will take the stage of the largest and most recognisable venue in Dubai – Coca-Cola Arena, Dubai's home of live entertainment – on 5 January, 2022.

The famous rapper star has been best known for his tracks “Sansara”, “My Game”, “Urban”, “Vipusknoy” and also his collaborations with the major hip-hip and pop artists such as Scriptonite, T-Fest, GUF, Zivert and Gorod 312.

The artist’s tracks have had over 500 million views on YouTube and are constantly broadcasted on the radio and TV.

“From Russia with ...” - is a festival of Russian culture. The expansive programme will acquaint the guests of the festival with the traditions of Russian culture and its musical diversity. Film and theatre projects, cartoons, contemporary art, music — this and much more will represent such a different, bright, modern and, of course, hospitable Russia.

Opened in June 2019, Coca-Cola Arena has revolutionised the live entertainment industry in the UAE and throughout the Middle East. Capable of hosting live shows 365 days a year, the fully air-conditioned, 17,000-capacity arena establishes Dubai as a major destination on the global events circuit. Coca-Cola Arena’s unique automated seating design means it can be adapted to international and local events of all sizes, from international touring artists, sporting tournaments, e-gaming, comedy and live theatre and musical performances, to conferences, gala dinners, AGMs and weddings. Located in the heart of City Walk, Dubai’s

lifestyle destination, Coca-Cola Arena is a 15-minute drive from Dubai International Airport and a 5-minute walk from the closest Dubai Metro Station. The region’s largest multipurpose indoor arena, Coca-Cola Arena is an asset of Dubai Holding’s entertainment portfolio and is managed by ASM Global, the world’s leading venue management and services company.

Tickets are available at www.coca-cola-arena.com