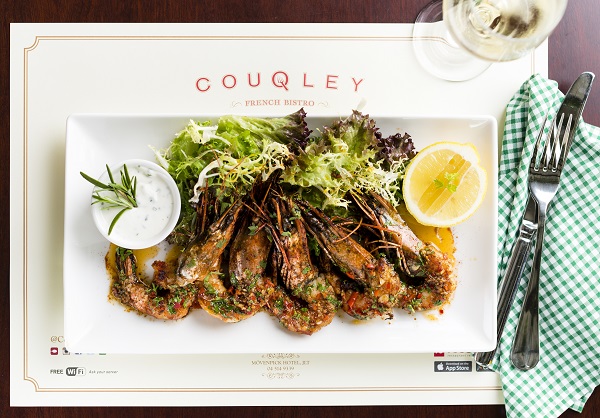 grandfather’s dishes and his love for French food, Alexis has made sure each

dish is cooked to his standard.

The bistros must-trys are the onion soup, Couqley and Chèvre Chaud salads, its

famous mains – the Côte de Boeuf and Steak Frites, as well as the ever so

beers are all reasonably priced with wine bottles starting at AED 95.

Couqley's design is warm and reminiscent of 1950’s artisan workshops of Paris; 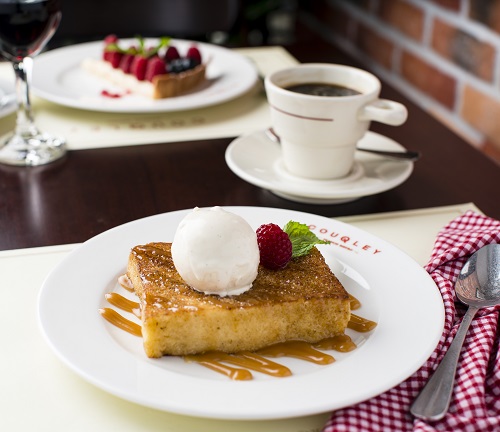 Couqley is located at the lake level of Laguna Tower, Mövenpick Hotel, Cluster

A, Jumeirah Lake Towers, Dubai. Opening hours are 12PM to 2AM every day.