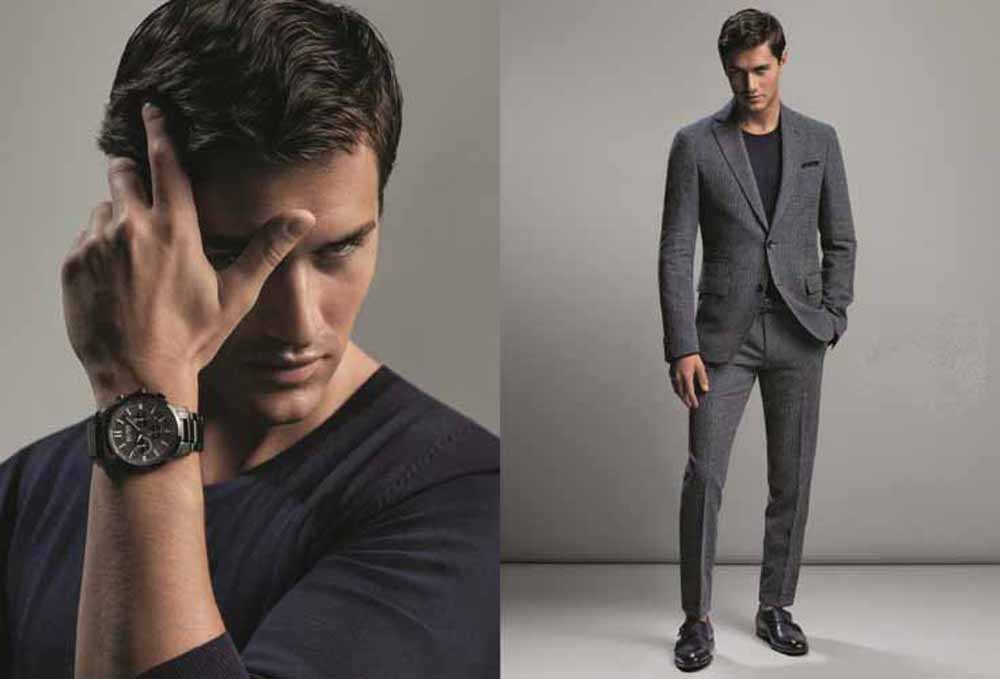 In trying to escape the glorious history of Alexander McQueen, Sarah Burton has come up with a collection that will go down as one of the most powerful ones in the brand’s growth and her starting point, or inspiration if you like, is the flat blankness of the famous Kabuki mask, with its bold counterpoints of black and red. Kabuki is the Japanese dance drama dating from the 17th century using masks initially featuring women playing both the men’s and women’s roles in comic playlets about ordinary life. Later they were banned and men took over (sigh). The result of Burton’s take off on this ancient theatrical art are abstract designs featuring swirls of colour across coats, jackets and trousers, backed by the house’s immaculate workmanship such as the complex cutting to create the illusions of layering. And critics hailed it as fantastical. There were small forays into hip-hop land but this line will stand out for the elongated grace and aristocratic elegance of its long coats belted high across the chest capturing a hoary land’s ancient majesty. Hopefully it will rub off on the present…

Meanwhile, Louis Vuitton decided to link up with all things Indian for its SS 2015 collection. Apparently, there was simply no escaping it as all the signs pointed Eastward towards that extremely festive sub-continent. And deeply inspired souls like designers you see are highly tuned to all things synchronistic. Firstly, Kim Jones was named after a Rudyard Kipling character, (the novel by the same name by Nobel Prize-winning English author Rudyard Kipling who also wrote The Jungle Book). And secondly, Jones’ late professor at Central Saint Martins, Louis Wilson persuaded him to make the trip. So the collection ended up being dedicated to her.

And thirdly (this is the last I promise) in the 1920’s, the Maharajas of Jodhpur and Jaipur (both cities are located in India’s only desert state of Rajastan) were huge customers of the brand. So the lavish and timeless luxury of their palaces hyped up the inspiration factor that much more. 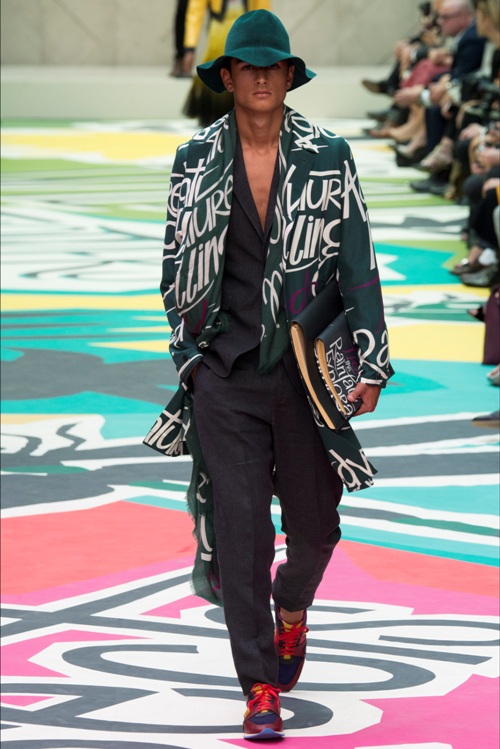 The starting point for the collection was the military attire of the palace guards (what’s with this new obsession among designers for bell boy jackets and guard attires we just can’t understand) as seen on an army shirt and shorts in lustrous suede and jumpsuits in khaki and pink  called by critics as “the navy blue of India”. You can simply take off on a flight suit and military bombers where every mirror features the famous LV logo. It seems Kim Jones is fastidious about fabric research and is quite well knowledged about what a traveler really needs. So a couple of cases opened during the finale revealed a portable writing desk while another revealed everything a dedicated musician would need such as music paper, notebooks, ink etc. The 70’s influenced silhouette caught our imagination – high-waited trousers and longer, double-breasted jackets. What to say, travel is truly tonic for the soul.

We next move on to another ancient civilization which has enriched mankind’s legacy – Greece. But unlike its economy which is being labeled a Greek tragedy, it was the sight of an unfinished house, silhouetted against a sky, and reminding him of a temple that formed the starting point of Ermenegildo Zegna’s designer Stefano Pilati’s very elegant collection. What set him thinking was the undefined and empty space that could evoke so much. So several of the pieces were deconstructed, elongated or even oversized emphasizing the message that it  is in deconstructing that one can construct. In other words: reinvent.

And there is a noticeable shifting in the shape. Jackets were long, but they buttoned quite high, so the bottom flared a bit over full, slightly pegged pants. There was a touch of rakishness too which enhanced appeal. Half-belted coats as soft as bathrobes, spacey knit cardigans, trousers which were turned up rather than being hemmed in. ambiguous and decadent (just perfect for the brand’s luxurious fabrics). In a silhouette that’s newer and more sophisticated, you will also rejoice over the fantastic colour combos in this collection where sage green jackets match magenta trousers and turquoise tops coffee. Wow.

You may well ask us just who (or what) is a flâneur. The new (but in reality old) word in my  dictionary apparently refers to a man who saunters around observing society. Note the emphasis on the word ‘saunters’ as against ‘walks’ around. For sauntering involves a languid style of shuffling around by an individual, viewing everyone and all things around him with a lazy eye.

But moving on to our next brand Salvatore Ferragamo and its collection, its creative director Massimiliano Giornetti seems to have been inspired by a flâneur. But he obviously chose a difficult subject to translate into design as per the exalted opinions of fashion critics. So opulent fabrics came in dusty shades in cuts that were neither futuristic nor harked back to the past, shirts matched ties, belted blazers and fluid short shorts were given a firm ‘no’ by critics, while lighter weight jackets (inspired by bomber jackets) were given a firm thumbs up.

Incidentally, a flaneur is also someone who is a rare breed. In fact you can count them on your fingers. All you need to do is travel by Dubai Metro (or drop by Dubai Mall) to verify this fact as you’ll scarcely find anyone whose hands or ears are unoccupied. Fingers fly rapidly over mobile key pads sending What’s App messages, or the hapless bystander can listen to inspired phone conversations relating the entire history of the talker, or its just sway-to-the-magic-of-music with the FM or IPod on, even as the train rocks you.