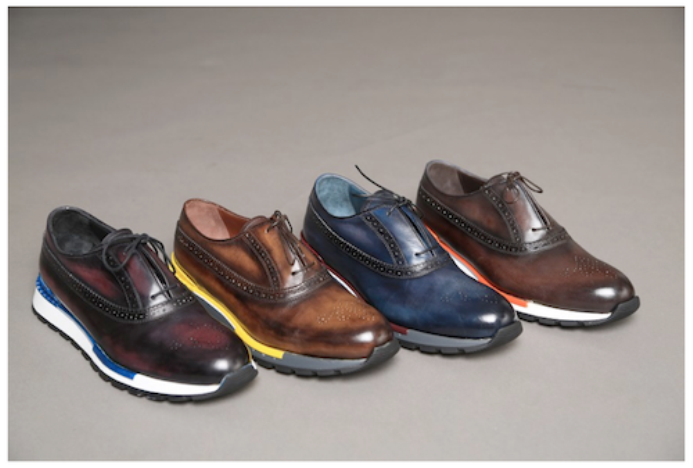 For Autumn-Winter 2016, nylon is combined with glazed calfskin to create a unique, pared-down and seasonal design.

The Fast Track will be available in Berluti stores from June 2016.

Berluti dates back to Paris in 1895 and has been built by four generations of shoemakers. In 2005 fine leather goods were introduced and, in 2011, a complete clothing collection as well as a bespoke service available in Paris in its rue de Sèvres store. Berluti has more than 40 stores in all the major cities since 2013.