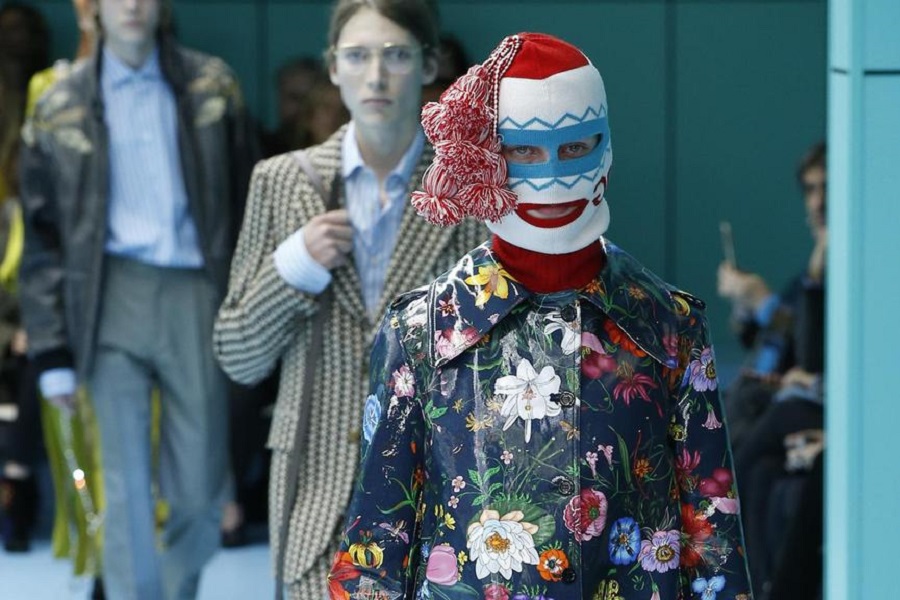 Here are some of the best things that caught our eye proposed by "The National".. 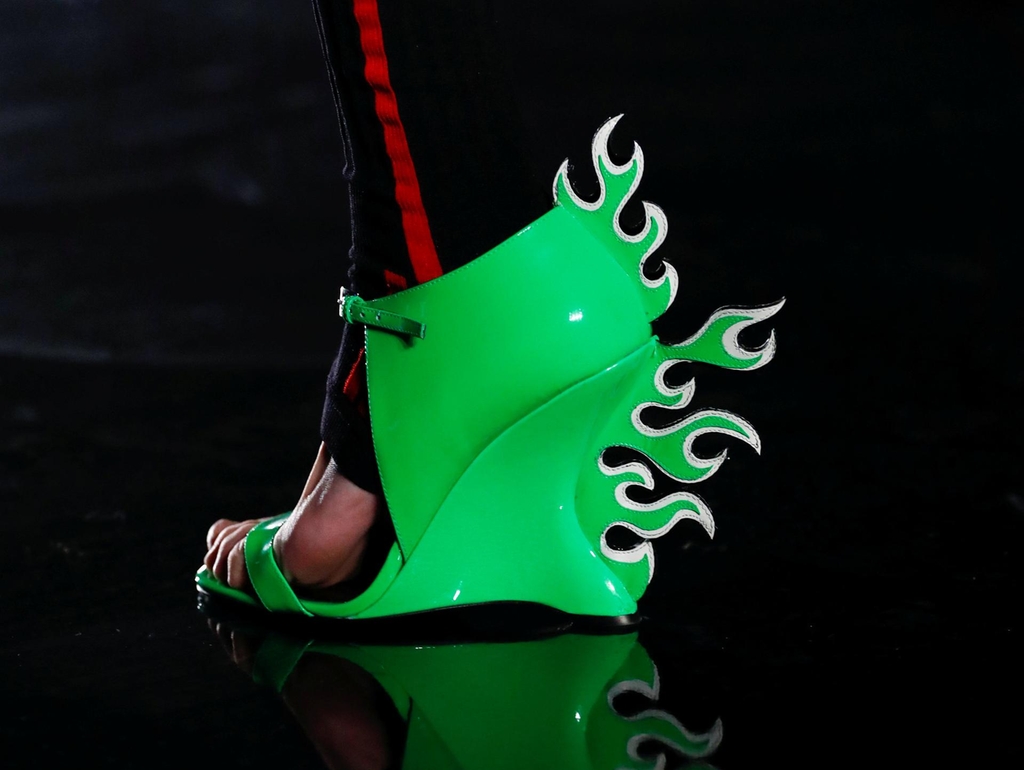 Never one to follow the pack, Prada always comes at things from a different angle, and while most showed nice comfy flats, Prada went for plastic-moulded high-heel shoes, with flames coming out the back. The real stroke of genius, however, was inviting the Instagram star @lilmiquela to the show. Having kept the world guessing for over two years if she is real or not, her suspiciously smooth anime-like face strongly suggests that no, she isn't. She is a computer-generated character transposed over the body of a real, anonymous person. Which raises the question: how on earth did she snag one of the most hard-to-get tickets? 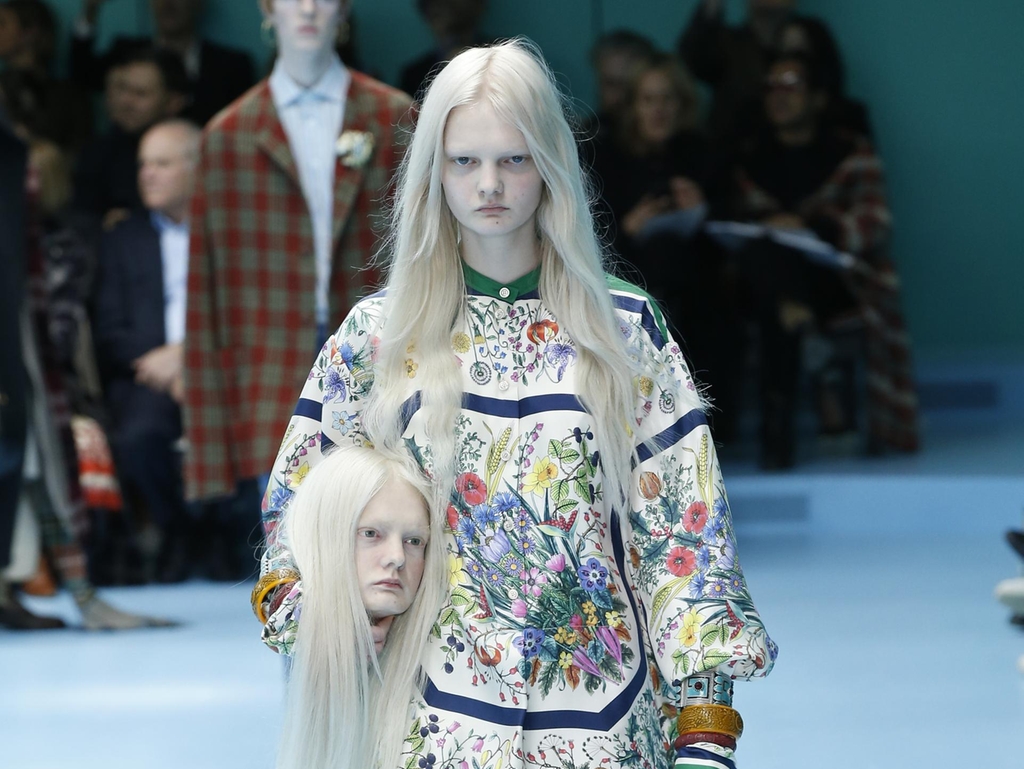 Ah, Gucci. Where to start? A plethora of visual craziness is the brand's present raison d'être, so the challenge must be how to constantly notch up the bonkers factor. The answer this season was to have models carry their own synthetic heads. Creepy? Definitely, but it certainly got everybody talking. In addition, it offered balaclavas as men's day wear, and - a personal favourite - models sporting suit bags over their clothes. Oh, and let's not forget the baby dragon. 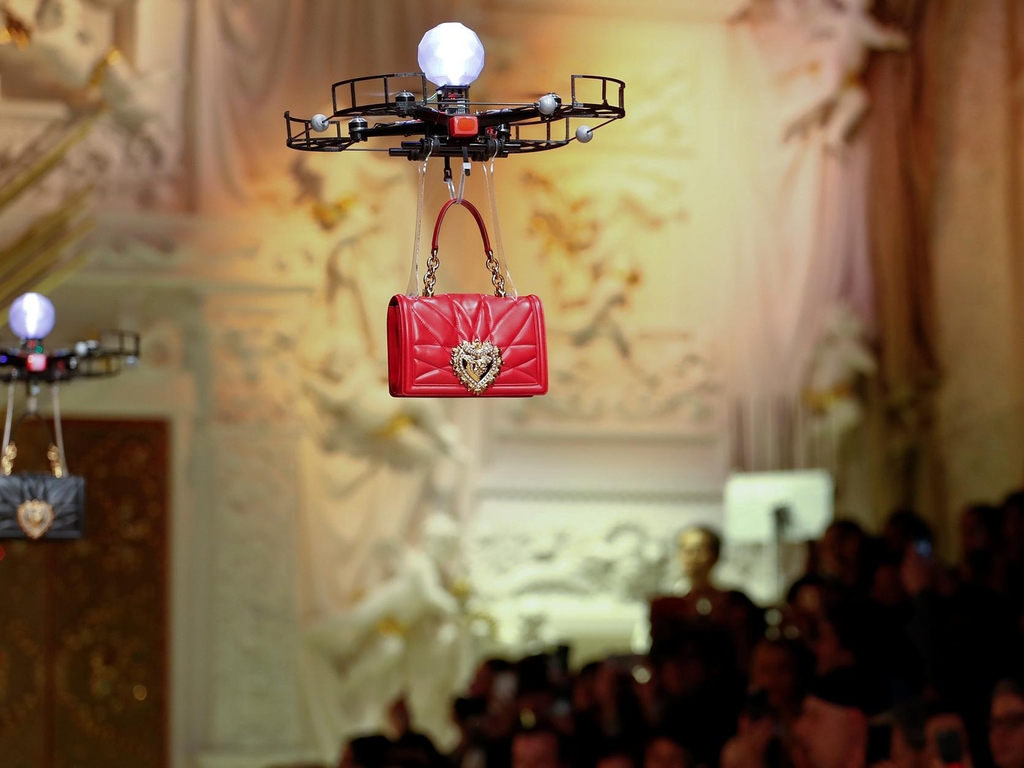 The duo have long been famous for a gleeful love of over-the-top ostentation that dances between lavish and outright gaudy. For this collection, amid the expected parade of gilt and glitz, the designers made no bones about pushing their new-season bags. While other shows had bags squashed into hands, or slung across torsos as an aside to the clothes, Dolce & Gabbana made them the star by sending them out, individually, on drones. 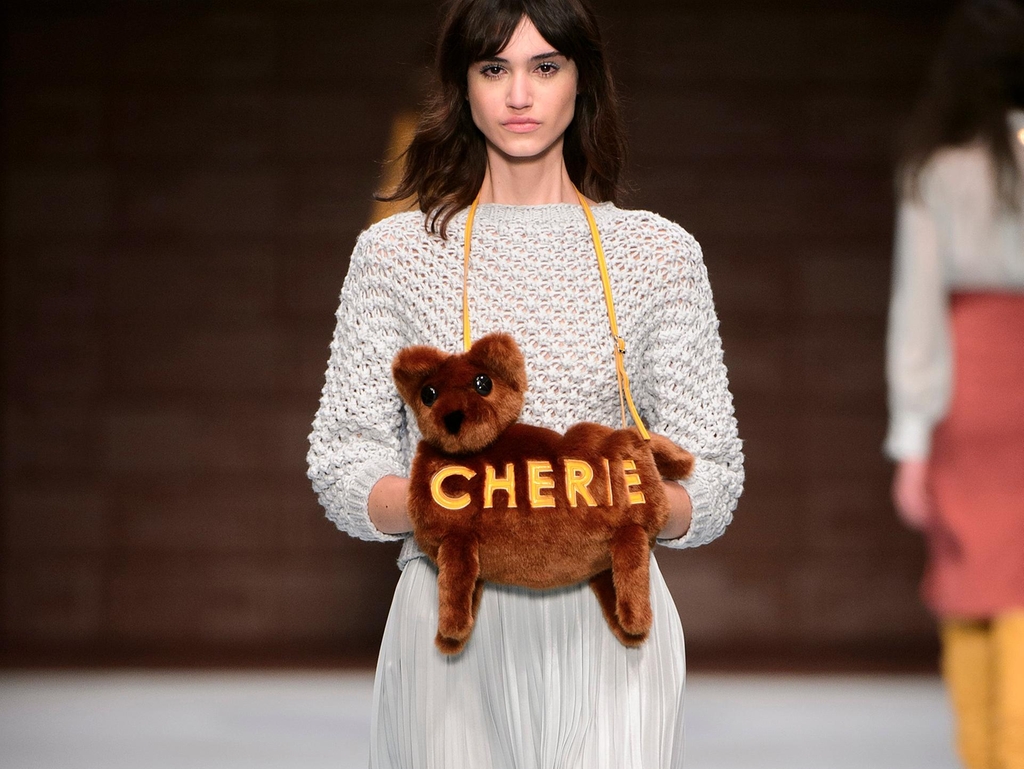 Tod's may have had Gigi Hadid pounding down the runway carrying a puppy, but Elisabetta Franchi managed to upstage even that. Famous for being anti-fur, the label opted to make a fake dog out of fake fur (a faux-faux, perhaps?) emblazoned with the word "Cherie", and hung around the neck as a modern-day fur muff. That it will ever make it into production is highly unlikely, but sometimes that's just not the point. 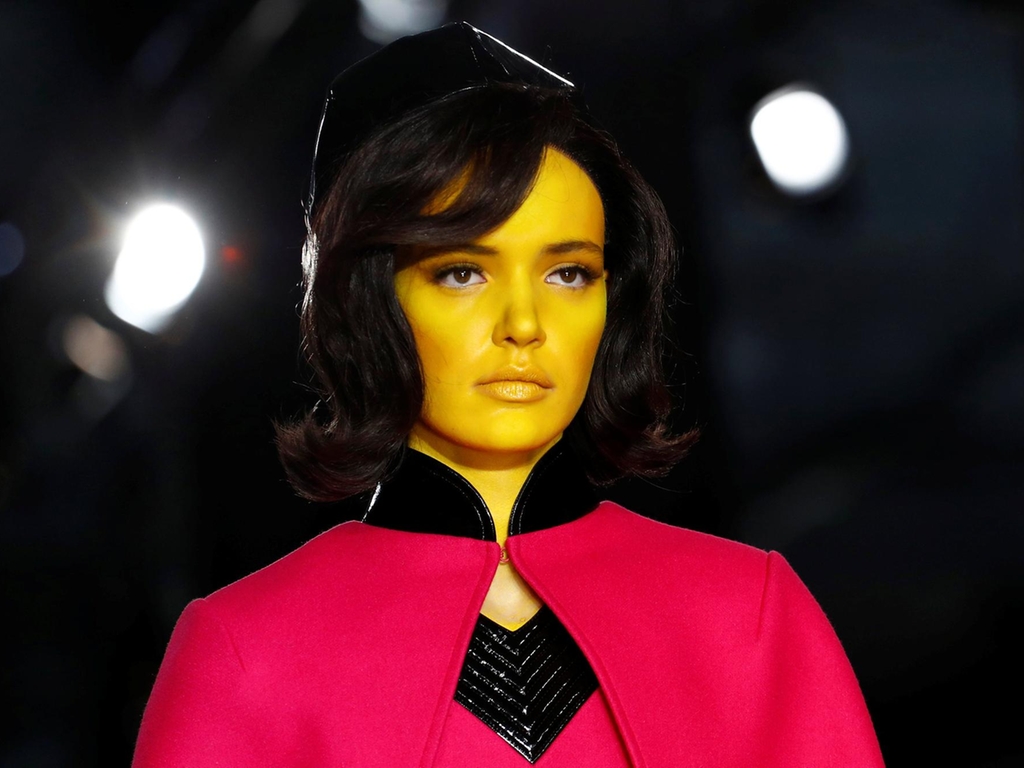 It is always lovely to have a label that is unafraid to use colour, and Moschino really embraced pigment this season. Jackie O-style twinsets came in cheery yellows, blues, and oranges, while pill box hats and Marilyn Monroe-era gowns arrived in candy floss pinks, finished with gloves, and faces painted completely yellow or blue. A nice touch.