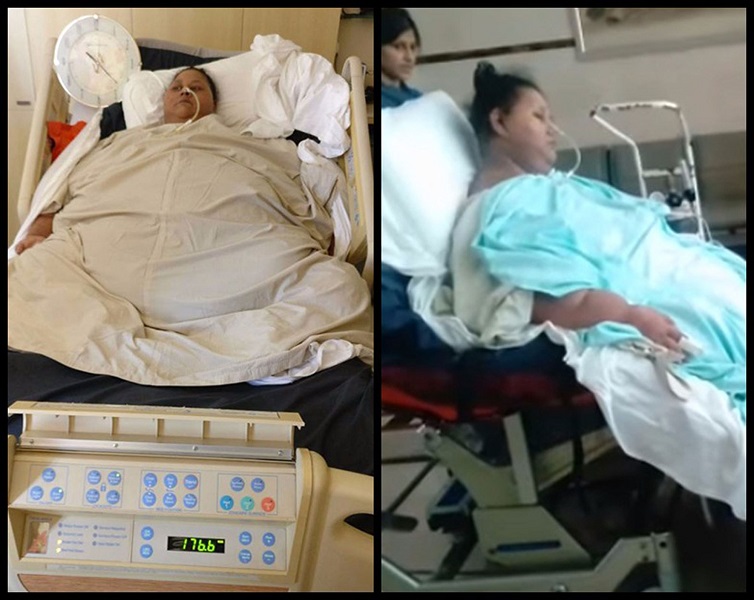 Ms El Aty had weighed 500kg and suffered from a rare thyroid condition since childhood. In Feb 2017 Abd El Aty travelled to India where a group of doctors treated her successfully using bariatric surgery. She remained in Mumbai after the operation for several months. The aim was to perform two operations, and during the next three and a half years, reduce her weight to less than 100kg (220 pounds).

She lost about 325 kilograms (715 pounds) after undergoing weight-loss treatment in India. She left on April for the United Arab Emirates for long-term treatment. The doctors, treating her, have claimed she is also suffering from a "cardiac issue" and infected bed sores. She is being treated by a team of 20 doctors at Abu Dhabi's Burjeel Hospital.

A statement from Burjeel Hospital Abu Dhabi issued at 10.56am, where the Egyptian national was being treated, said Eman Abd El Aty passed away at 4:35 AM on Monday due to “complications from the underlying comorbid conditions, including heart disease and kidney dysfunction”.

According to the statement, Abd El Aty’s family “expressed their appreciation for the care and treatment provided by the hospital…and are also grateful to the rulers and the people of the UAE for their support”.

In turn, the hospital also expressed its heartfelt condolences to the family.

Eman Abd El Aty had celebrated her 37th birthday in the capital on September 9, surrounded by family and friends.