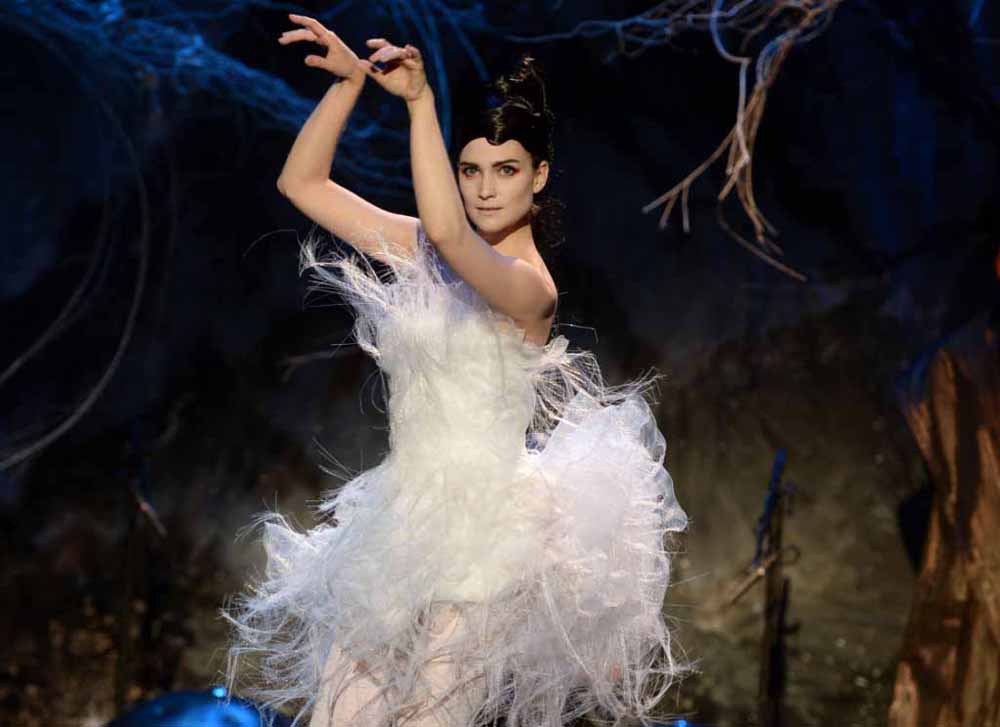 Frank Sorbier has made a name for himself with his dramatic and poetic fashion shows, which are rather about creative performances than about wearable Couture pieces. And this season was no different, as Sorbier invited his guest to attend a performance in a theater on the right bank of Paris, which was fusing Africa-flavored music with contemporary ballet. Sorbier actually aimed to pay a tribute to the memory and achievements of the defunct Jacques Mouclier with this performance – the Honorary President of the CFMA (French confederation dedicated to luxury and craftsmanship) and former Deputy Chairman of the Chambre Syndicale, who passed away on June 21st – and it was indeed a beautiful homage. In fact, his outfits were flattering the ballerinas on stage, as they gently moved in their many fashion designs crafted from multitudes of white tulle, organza, muslin and raffia. All in all, if you were looking for a sophisticated and artistic costume design performance, you had exactly what you were wishing for – but if you were expecting to see wearable Couture pieces, you might have been disappointed.