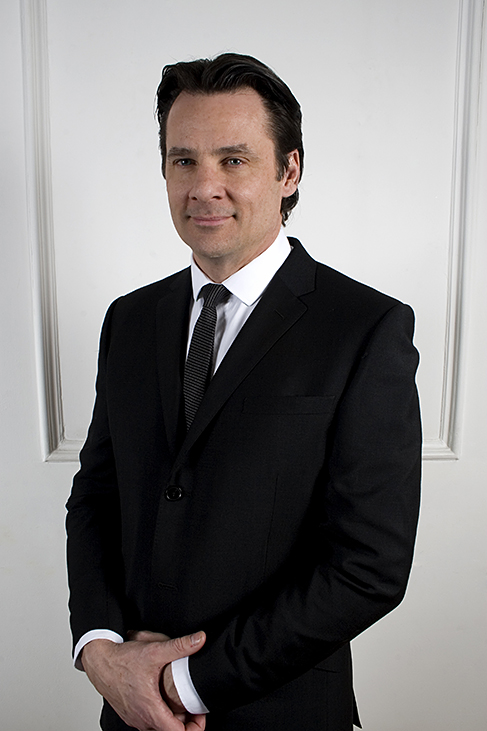 Garrard is the oldest jewellery house in the world with over 275 years of rich heritage. Its history of luxury and grandeur began in 1735 when journal entries start with a British Royal commission for Frederick, Prince of Wales, followed by many more for international royalty and the upper echelons of society worldwide. It has since had the honour of serving each successive King and Queen of Great Britain. Aviamost spoke to its CEO Eric Diardoff to discover the secret to Garrards’s magic and the brand’s plans for the future

Tell us about your relationship with Damas.

We have quite a few success stories around the world and Damas is one of them. Damas understands jewellery and how to position different brands and they have expanded us in six different locations in Dubai and each is a different with different clients and there is an overlapping of our core jewellery offerings at these stores. They are also in Abu Dhabi and we will be present in at least two locations there. And it is critical that we are in the home turf of the Middle East throughout most of the countries in this region.

Do you plan to have stand-alone stores?

Not yet. But at some point we will. Now we need to further Garrard’s presence in the Middle East and where the wealthy of the Middle East travel to. So we are having a really solid global expansion. We are not six months away from a stand-alone store. In certain markets it could be more. We just opened a stand-alone store in Shanghai with a great partner and I was there just last week. So that is important because of the Chinese buyers here. As we get greater brand visibility in Mainland China, by the time 2015 is done we will have beautiful locations in Shanghai, Beijing Hong Kong and in Macau.

Interestingly in the Middle East, quite a few of the wealthy know all about Garrard from their parents and grandparents so it is an easy transition to get them back to appreciate Garrard, as they know that if they come to Garrard they will get an amazing range

But for the Chinese it is new money and the last ten years or so they have been buying lots and lots of everything from the big brands. They are beginning to move away and one of the ways Garrard has been winning them is to position ourselves as the world’s oldest jeweler. In our stores we have pictures depicting royalty wearing our jewels, which really impresses Chinese customers who appreciate history.

Garrard’s historical heritage is truly impressive. How would you describe the modern history of the House?

Garrard has met the challenge to harness its unique past with modern day relevance and its blend of tradition and contemporary design is truly inspiring. Its in-house design team creates innovative collections as well as unique one-of-a-kind treasures using only the finest gems in the world. In today's world, one of our most popular collections is our Wings collection launched in 2003 to which we have constantly added new designs. Today its pendants which come in different sizes are bestsellers in Europe. It also offers grand luxury necklaces and beautiful bracelets set with both white and black diamonds are highly popular in the Far East.  As you can see, just one of our collections is designed to satisfy a variety of different tastes.

One of Gararrd’s most well known jewellery collection is Entanglement, originally inspired by the elegant form of the Cambridge Lover’s knot tiara created by Garrard in 1913 for Queen Mary of England.

Surely the concept of each collection has more forethought rather than spontaneity?

Every year we create a basic collection, which is presented at Baselworld. During the year, we also develop several new decorations for existing collections as well as unique items presenting one-of-a-kind pieces. In addition we are currently working on updating the current collections, although we have no purpose to produce hundreds of new models a year. The Garrard in-house design team is available to meet for face-to-face bespoke commissions around the world. Each finished hand crafted piece is accompanied by the original hand-painted design as a reminder of the personal and precious process.

In 2012, Garrard appointed a new chief designer Sarah Prentice. How has she impacted your brand’s design process?

Sarah Prentice continues to develop the theme of the past with modern communications, the essence of the crown jewels and fashion jewelry all under the roof of the world’s oldest jewellery house. Her very first collection presented in 2013, the Tudor Rose collection is a testament to beautiful, intricate, timeless yet forward-thinking Garrard jewellery. Its design is cleverly changed throughout the collection with various innovative interpretations of the Tudor Rose, traditionally known as the floral heraldic emblem of England.

In 2014 she presented a new collection Albermale, named after the jeweller's address in central London and featuring diamond-set pieces inspired by the tiara of the Girls of Great Britain and Ireland, commissioned at Garrard by the ladies in waiting of Princess Victoria Mary of Teck, later the Queen of England, in 1893.

Which markets are important for you?

Our main office is located in London, with the main selling outlet being the famous name of Harrods. In the last decade one of our largest markets is the Middle East. Oriental women appreciate our history, as our designs are linked to the royal family. I would like to mention that visitors to London from Dubai make it a point to visit Garrard’s boutique. In the last two or three years the Eastern Europe market has grown and we are now present in Azerbaijan, Kazakhstan, Russia and Turkey. Today we are represented in 35 stores and we have over one hundred employees worldwide.