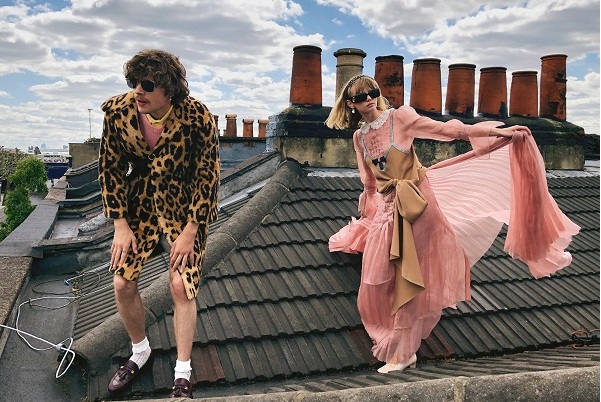 Titled The Ritual, the new Gucci advertising campaign follows the reversal of perspective that characterized Creative Director Alessandro Michele’s vision for the Fall-Winter 2020-2021 show, where the audience was invited to witness what goes on behind the scenes, behind the curtains. Further exploring the idea of looking at things from a different point of view, new possibilities opened up.    Consequently, models were asked to be the authors of the new campaign and were given the brief to simply inhabit the looks in their daily lives from the comfort of their own, intimate spaces and record themselves doing so. The lens is thus that of this eclectic cast of characters, and the result is a deeply personal, honest and candid series of self-portraits. 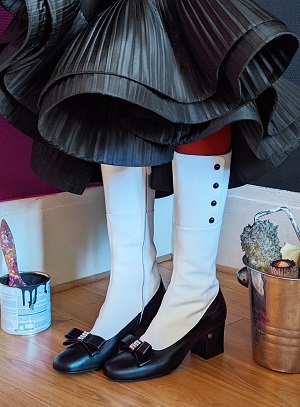 With freshness and authenticity, these hyper-real images depict one’s home as a personal creative laboratory, whose inhabitants are free to have fun and experiment using their imagination: they acted as photographers and storytellers, producers and scenographers. The different formats echo the array of tools used, ranging from disposable cameras to camera phones, adding to the variety of results and telling of individual decisions about how the protagonists wish to be seen. 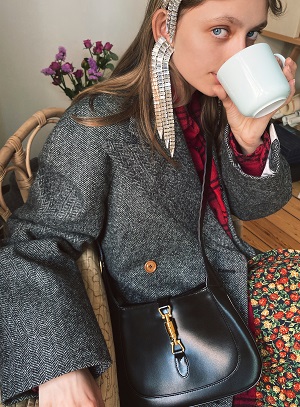 “I decided to let the clothes travel towards the houses of the cast of models – the characters that have embodied my stories for years; individuals I chose precisely, over time, for their uniqueness that usually brings my campaigns to life. I asked them to represent the idea they have of themselves, to go public with it, shaping the poetry that accompanies them. I encouraged them to play, improvising with their life”, Alessandro Michele explained.
By ceding control, a new type of creativity is unleashed. So here’s the Gucci community, knitting, gardening, sunbathing, brushing teeth, hanging out on the roof of a building, jumping off a bed, with pets, even playing darts while skateboarding indoors on a polished wooden floor.  Though the scenarios are every day, the images are anything but, showing how Gucci’s magical Romanticism inspires a peculiar, emotional dreamlike quality.
Surprisingly, a certain consistency fosters the whole visual experiment of self-portraits and their footage, a consistency that speaks of an infusion of Gucci, even from afar.